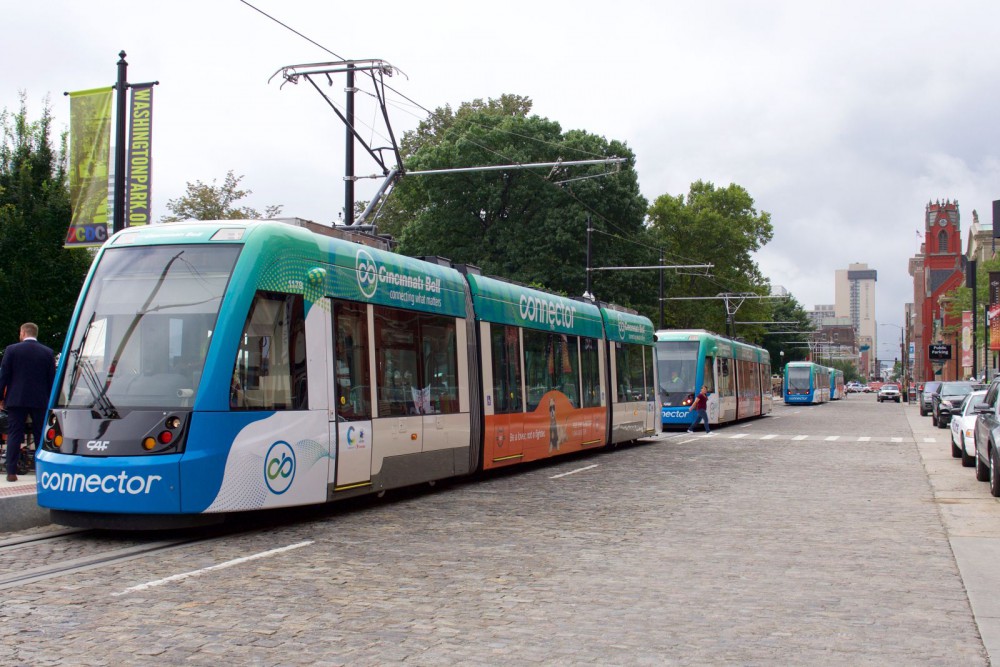 Following years of controversy, Cincinnati’s streetcar, known as the Cincinnati Bell Connector, opened to the public on Friday, September 9th. The 1.8 mile line connects the stadiums and development on the city’s waterfront with Downtown and the city’s Over-the-Rhine neighborhood to the north. Along the way the route passes a number of office buildings, apartments, museums and other amenities.

The modern streetcar system, owned by the City of Cincinnati, utilizes five vehicles manufactured by CAF USA, each capable of holding up to 150 passengers. The system operates as a 3.6 mile loop, with the tracks split between parallel, one-way streets.

The system provided just over 50,000 free rides on its opening weekend. Following the free weekend, revenue service began Monday, September 12th. For $1 riders can purchase a two-hour pass, or $2 for an all-day pass. There are no streetcar-only monthly pass options, but riders with a monthly pass for Cincinnati’s bus system can ride free on any streetcar. Riders are able to purchase fares using kiosks located at every station, or using a mobile app dubbed Cincy EZRide.

The first week of revenue service exceeded projections, with just over 3,100 daily riders. Long-time project advocate John Schneider noted that “people are using it for everyday things instead of as an amusement ride for tourists.” Another project advocate, Derek Bauman, told Next City that “our first goal was dual purpose: economic development and to have an urban circulator. It becomes more about transportation with the coming expansions.”

Future extensions of the system are planned to the city’s Uptown neighborhood where it can connect with the University of Cincinnati.

The project was in cast into jeopardy in 2013 when outgoing mayor Mark Mallory was replaced by John Cranley. Mallory, a champion of the project, was ineligible to run for re-election because of Cincinnati’s term limits barring mayor’s from serving more than two consecutive terms. Cranley attempted to kill the $148 million project upon being elected and issued a work stoppage shortly after taking office.

The council-member-turned-mayor was ultimately unsuccessful in his bid to kill the streetcar because of the need to repay the federal government millions of dollars in already spent funds and support for the project on the council. Partially acquiescing to Cranley’s demands for private money for streetcar operation, the Haile U.S. Bank Foundation pledged up to $9 million over the system’s first ten years of operation to cover any shortfalls.

For more information on the years of political fighting around the project, see the Cincinnati Enquirer’s comprehensive timeline.

The similarities between the Cincinnati Bell Connector and the Milwaukee Streetcar are extensive. Both projects have faced substantial opposition from Republican governors with Presidential ambitions, with John Kasich pulling $52 million in Ohio transportation funds previously designed for the project. The projects have both been subject to lengthy legal fights over relocation of utilities that have substantially increased project costs, with Duke Energy ultimately prevailing in Cincinnati. The projects were both recipients of approximately $50 million federal grants, essential to their early approvals. And much to the chagrin of project advocates in both cities, both of the streetcar systems were extensively delayed.

Political opposition to the Cincinnati project has been far more effective, with project opponents twice succeeding in getting anti-streetcar referendums placed on the ballot.

Perhaps foreshadowing what might be in the Milwaukee Streetcar’s future, the Cincinnati system was branded as the Cincinnati Bell Connector following a $3.4 million, ten-year naming rights deal between the city and telephone company Cincinnati Bell. Milwaukeean’s, get ready for the Miller Lite Line.

In another revenue making opportunity for the project that is sure to be a hit with Milwaukeeans, a four-hour charter costs $1,250. Unfortunately for beer-loving Wisconsinites, no alcohol is permitted on the vehicle.

Photos of the opening day of Cincinnati Bell Connector operation provided by UrbanCincy.com. For more coverage, see their website. 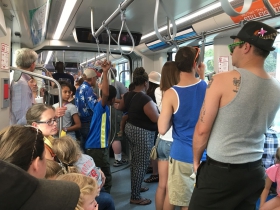 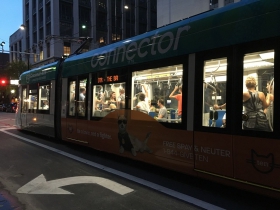 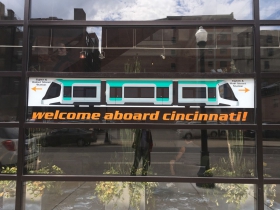 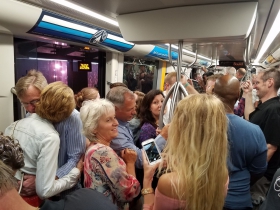 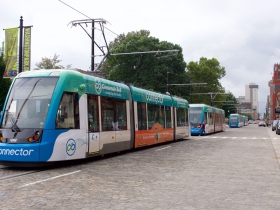 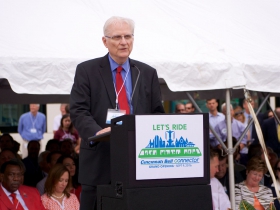