It was detective fiction writer Elmore Leonard who advised never to start a story with weather, but I’ll have to violate that maxim and note that May in Milwaukee was really a pretty lovely month. Say, for instance, you wanted to distribute anti-streetcar petitions. You couldn’t have asked for much better temperatures: just two days with highs in the upper 40s and otherwise every day ranged from the mid-50s to low 80s, perfect weather for getting out and getting signatures from irate citizens.

It was back in March, you may recall, that the anti-streetcar forces, announced they would be disbanding their efforts to get at least 31,000 signatures from city voters to force a binding referendum for any streetcar project of more than $20 million. Chris Kliesmet of the CRG Network, who had declared that “sentiment in the city is wildly against” the streetcar, let the media know the drive would be postponed due to chilly weather. Yes, Milwaukee does have winter with reliable, annual frequency, and that, alas, had prevented Kliesmet and company from completion of their appointed rounds.

Orville Seymer, longtime co-leader of the CRG, continued to insist to the Business Journal that there was “overwhelming” opposition to the streetcar, but blamed the seasonable weather for the drive’s failure. Longtime streetcar opponent, Ald. Bob Donovan offered no thermometer readings, instead waxing war-like: “Make no mistake, this is not a retreat but a strategic withdrawal. We will regroup, and we will live to fight another day.”

That strategic regrouping, Kliesmet and Seymer assured the media, would take place in May, when better weather would make the going so much more balmy. Which brings us to today, June 18, partly cloudy with an expected high of 77 degrees and still no anti-streetcar petitions delivered at City Hall.

What happened to the petition drive? I asked the two CRG leaders via email.

“I am still ready willing and I think I am still able,” wrote Seymer, with disarming frankness. “Unfortunately our best circulator is a roofer who had time back in January and February but he is working on roofs right now.” Hm, that would seem to suggest winter was actually the best time to do those petitions.

“Others seem to have lost the will,” Seymer added, with what struck me as a touch of woefulness. “If someone wants to start the effort all over again, I am more than willing to assist but I simply cannot do it all by myself.” And who could blame him?

Seymer added there is some “scuttlebutt” about starting anew, and indeed, the anti-streetcar Facebook page calls for restarting the petition drive on July 10 if there are 1,000 volunteers, but notes the current total is 641.

That message calls to mind the mathematical precision generally brought to bear on this subject by Kliesmet, whose email response told me the entire matter of the petition drive was “up to the good people of the City of Milwaukee.”

“I am obligated to remind people,” he went on, “that CRG rarely initiates such actions. However, if asked, CRG would likely provide some form of assistance. My first bit of advice would be to assemble 1,000 or more circulators before spending any time collecting signatures.”

So if 1,000 people are needed, that would mean each petition circulator would be getting exactly 30 signatures. Does it really require temperatures in the 60s for citizens so wildly against the streetcar to accomplish this?

Meantime, it’s not at all clear CRG will get involved because Kliesmet, as of early June, indicated that no one, including Donovan, has asked for the group’s assistance. As for Donovan, his office did not respond to my questions, but he told Milwaukee Magazine that a CRG leader (presumably Seymer) refused further aid and the busy alderman doesn’t have time to run the drive himself while he’s running for mayor. More recently, Kliesmet said he got a nibble from someone asking (anonymously) for his assistance, but he added, “Is this just another case where the spirit is willing but the flesh is weak?”

A reference to the crucifixion? I never realized how death-defyingly hard it was to get 30 people to sign a referendum.

Craig Peterson, a Republican-leaning public relations executive who worked on the anti-streetcar petition drive, now says he may be too busy to help with it this summer. Nonetheless, he predicted to Milwaukee Magazine that every alderman who supported the streetcar would have an opponent in the 2016 election.

If anything, the political winds are blowing the other way. Donovan has two opponents, Democratic state Rep. Josh Zepnick and school aide Justin Bielinski, and both are streetcar supporters. Bay View alderman Tony Zielinski has an opponent, former school board member, Meagan Holman, who twice mentioned the importance of the streetcar issue in an OMC interview.

There is also speculation that streetcar opponent and Ald. Joe Davis may drop out out his race for reelection and concentrate on his quixotic campaign for mayor. There are already three announced candidates for his aldermanic seat: Larresa Taylor, Andrew Archie and Keith Bailey. 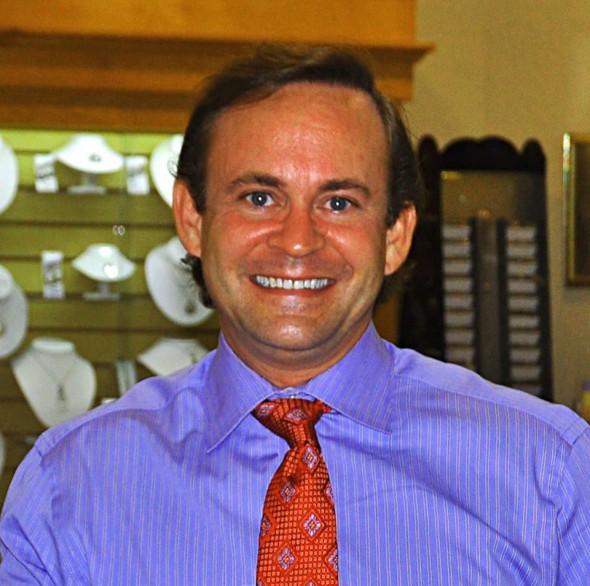 Yes, the race to succeed the late alderman Joe Dudzik may elect a streetcar opponent. County Supervisor Mark Borkowski, who is running, was releasing anti-streetcar statements even before he entered the race. But Dudzik opposed the streetcar, so that’s not a change for that district.

The one race that could be interesting is for District 13 on the southeast side, where incumbent Terry Witkowski, who voted for the streetcar, faces challenger Chris Wiken. Witkowski says he is not finding the streetcar is a major issue as he goes door to door, apparently unimpeded by those brisk spring winds weather. Of course, you’d expect him to say this. Still, the fact that streetcar opponents had to go to Brookfield to find someone to run against Witkowski (Wiken is moving his home and family to the city in order to run) seems telling.

Kliesmet and CRG never did reveal how many of its cold-averse petition circulators were actually city residents. And though he dismissed it as a non-factor, we know that the group had help from out-of-town staff and volunteers provided by the Koch Brothers-funded Americans for Prosperity. Yet the drive failed.

Even had it succeeded, there was reason to believe the courts might not allow a referendum, given it was completed so far after the initial pro-streetcar vote (in 2011) was taken by the Common Council. That would be doubly true today, as the city is already spending money on the project. My guess is that sometime next month the anti-streetcar petition drive will quietly die yet another death. Maybe they can blame a heat wave.

20 thoughts on “Murphy’s Law: The Strange Politics of Anti-Streetcar-ites”