The City of Milwaukee has approved an $18.6 million contract with Pennsylvania-based Brookville Equipment Corp. for four streetcar vehicles, with an option for up to 20 more. The vehicles will enter service in 2018 when the first phase of the streetcar system goes into service, but are expected to be delivered in 2017.

Brookville’s modern streetcar line, dubbed the Liberty Modern Streetcar, was selected from bids by four companies. This Brookville vehicle is in use on the newly opened Dallas Streetcar, including a segment over the Trinity River that operates without overhead wires. The Milwaukee Streetcar project team does not anticipate using that configuration today, but the vehicles could be retrofitted to include such functionality in the future.

Brookville has a long history with streetcars, having over 70 vehicles in operation, mostly restored heritage vehicles in New Orleans, Philadelphia and San Francisco. The company is actively manufacturing two vehicles for Dallas and is under contract to provide six vehicles to the Detroit system which is now under construction.

The Liberty vehicles are 8 feet 8 inches wide and 66-feet long. The vehicles feature 32 seats and a capacity of 150 passengers total. They weigh 79,000 pounds when empty. The planned useful life of the vehicle is 30 years. The maximum speed is currently intentionally limited to 42 miles per hour.

The vehicles will be built in Pennsylvania, complying with the Buy American provisions required by federal grants that will largely fund the Milwaukee Streetcar. The lakefront line of the system, funded in large part by a recently awarded $14.2 million federal grant, will require the city to order an additional vehicle, likely within six months.

The vehicles will be stored and maintained at the planned Milwaukee Streetcar Operations and Maintenance Facility.

The other bidders to provide the vehicles were Inekon, Siemens and Vossloh. 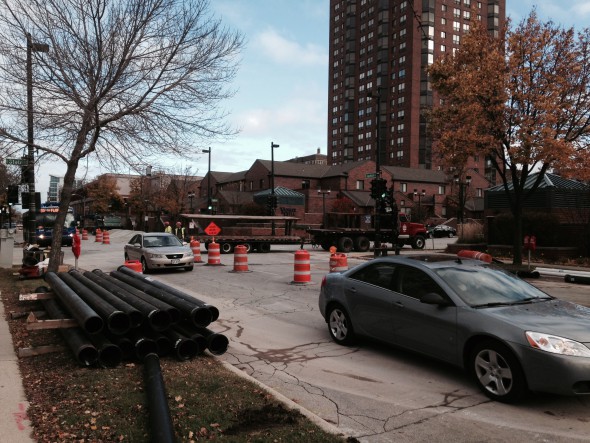 Construction work on the public utilities is underway on the route already, while work on the actual streetcar system won’t begin until the spring. Private contractors are relocating an eight-inch Milwaukee Water Works main located in the footprint of the route on N. Jackson St. That work is expected to last into December.

Additional construction work from the private utilities is expected to begin in the coming months. A final design plan from We Energies has been received and is under review by the streetcar project team. Milwaukee Public Works Commissioner Ghassan Korban said he can’t comment on the final cost proposed by We Energies, but that it is less than the approved amount by the Common Council. Final design approval is also underway with the telecommunications companies.

Work is full speed ahead on the lakefront line extension of the streetcar following the award of $14.2 million from the federal government via a TIGER grant. The lakefront extension, which will run down E. Michigan St. and E. Clybourn St. to N. Lincoln Memorial Dr., will connect the system with a range of attractions and office buildings.

Work is expected to be completed on the lakefront line in early 2019, about six to nine months after the first phase of the system opens. Engineering work on this extension is about 30 percent completed according to the Concord Group’s Tim Clancy. The Concord Group serves as the city’s owner’s representative on the project. 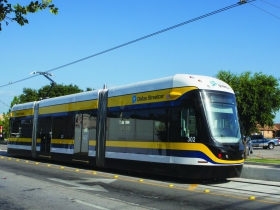 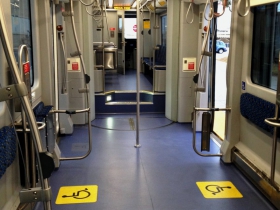 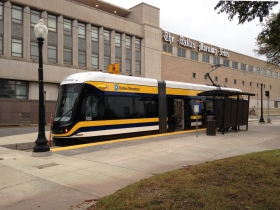 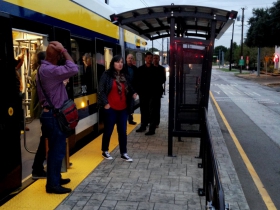