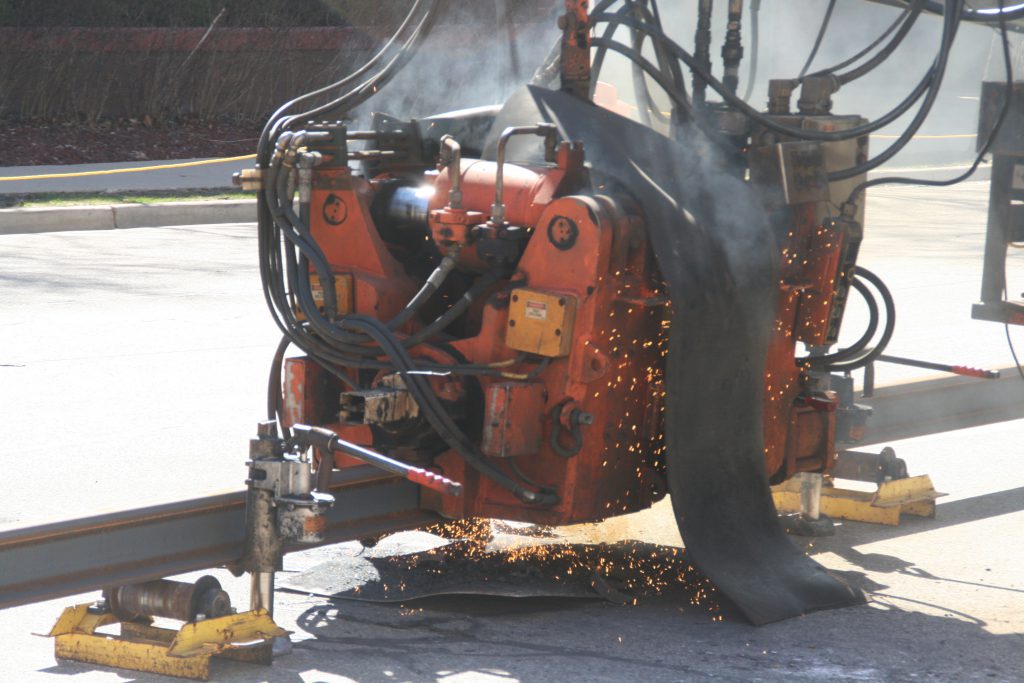 Rails for the Milwaukee Streetcar are being electrically flash butt welded together on Milwaukee streets. The work, which began last week, is being led by a crew of four from Progress Rail. When finished, the 320 foot-long rails weigh over 12,000 pounds.

Barrett noted that “the debate is going to change from how do we stop this to how do we extend this.” He noted that this is the first time the public has been able to see actual construction on the long-debated project. The mayor stated that Milwaukee is outpacing the state in construction jobs, and that it was important for the students to see the work first-hand as soon enough they will be doing it themselves.

Alderman Robert Bauman, a long-time transit advocate, was on hand to see the welding and noted that after 26 years of debate on the system he had to pinch himself once he saw the rails had arrived in mid-March.

The welded rail is designed to provide a stronger, more reliable track system for the streetcar as well as a smoother, quieter riding experience for customers. The steel comes from a mill in Indiana.

Progress Rail, a subsidiary of Catepillar, is anticipated to complete the work next week. The completed rails will be stored in the parking lane at five spots throughout the Downtown area.

Kiewet Infrastructure is leading the construction of the project. The firm expects to complete construction in the second quarter of 2018 to allow for testing to commence. The Milwaukee Streetcar Maintenance Facility, being built under Interstate 794, is scheduled for completion before the end of 2017. The facility will be completed in advance so that the city can safely store the vehicles delivered by Brookville Equipment Corporation. 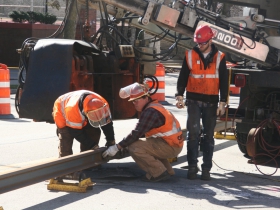 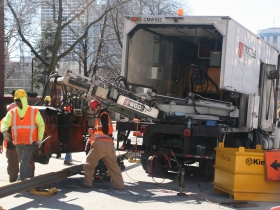 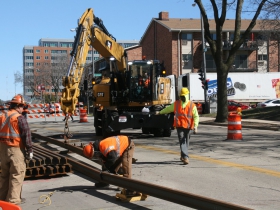 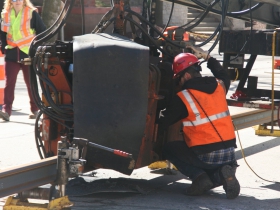 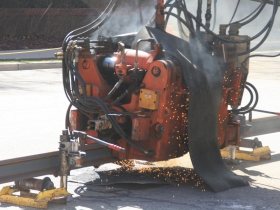 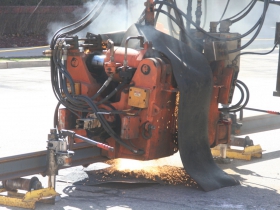 Department of Public Works Commissioner Ghassan Korban noted that construction crews will begin to prepare W. St. Paul Ave. for construction next week. That work, which is intended to only cause a partial closure of the street when possible, will start with cutting an 8-foot wide and 2-foot deep segment of the street out.

Utility work is still on-going along portions of the route. That work, which has been underway for over a year, continues to move block-by-block throughout the route. We Energies and other utilities are hiring their own crews for that work and are being reimbursed by the city.

The vetting progress will begin shortly for selection of the system operation and maintenance leader. Responses to the request-for-proposals were due on Tuesday of this week.

Milwaukee County, after a last-minute approval process, did submit a bid to operate the system. However, multiple sources indicate that the county has a long-shot of being selected due to the experience requirements in the city’s RFP.

For more information on project details, how the operator will be selected, what the vehicles will be like, and possible extensions, see our extensive past coverage.

9 thoughts on “Eyes on Milwaukee: Streetcar Rails Being Welded”