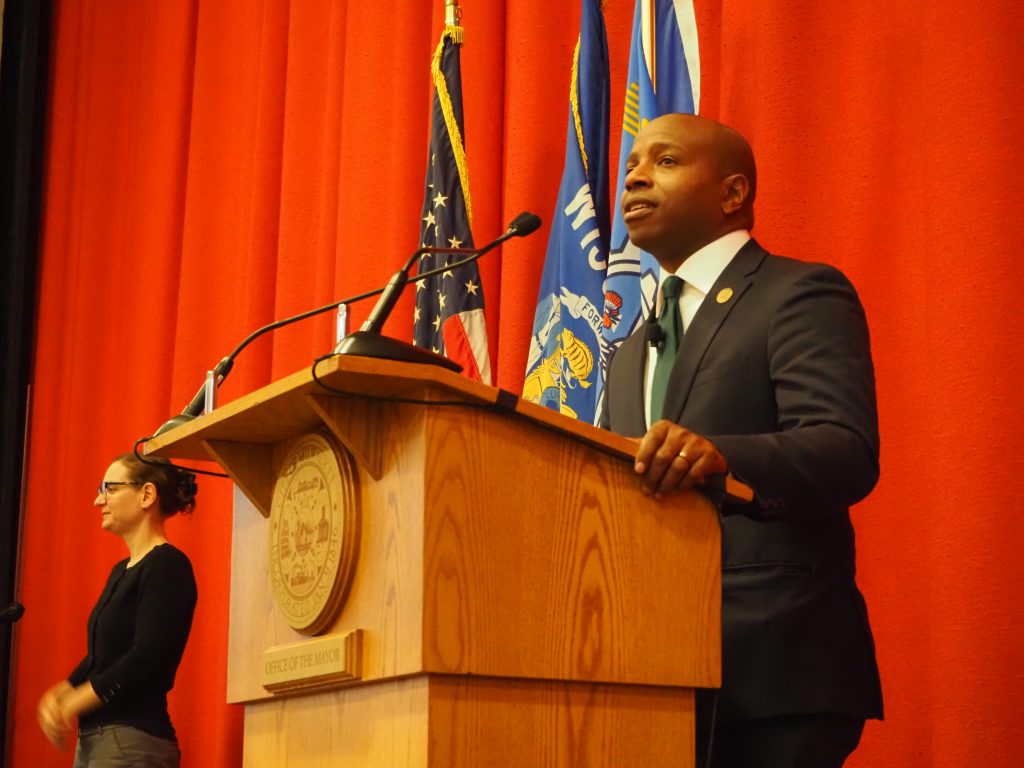 Johnson, by virtue of his position as Common Council President, automatically became mayor upon Tom Barrett‘s resignation Wednesday evening. But he made it extra-official Thursday.

The socially-distanced event was held in the auditorium at Bay View High School, the same school Johnson graduated from in 2005.

The event had its fair share to bookend Johnson’s swearing-in and speech. There was an invocation by pastor John McVicker, a community prayer by Valerie Daniels-Carter, presentation of colors by the Potawatomi Color Guard, the national anthem sung by Ben Tajnai, pledge of allegiance by Johnson’s son Oliver, a performance by Hmong heritage dance group Nkauj Seev Txuj, the Black national anthem sung by Khalia Baker and a benediction from rabbi Shari Shamah. The event was emceed by VISIT Milwaukee CEO Peggy Williams-Smith.

Judge Carolina Stark swore Johnson in as his wife Dominique Johnson and three children stood by his side.

While his parents and other family members looked on, Johnson shared his story. One of 10 children, Johnson had to often share a bed with his siblings and the family moved frequently. He spent many years of his youth in the city’s most impoverished and incarcerated ZIP code: 53206.

“My childhood story, unfortunately, isn’t that far off from so many of our neighbors,” said Johnson, reading from a teleprompter. “Poverty, crime, eviction, a combination of good choices and bad, sometimes it’s just luck that separates us.”

His fifth-grade teacher, Linda Schuster Hake (still “Ms. Schuster” to Johnson), spoke glowingly of the presence Johnson had on the class.

Get a daily rundown of the top stories on Urban Milwaukee
“When he first walked into the classroom I didn’t know that Lincoln Avenue Elementary School was his sixth school in six years,” she said.

She said when Johnson appeared in the news following an election she was confident it was her former pupil because of his big smile. “It is literally every teacher’s dream to watch their students reach their potential,” she said.

Johnson also had a skill Schuster Hake hasn’t forgotten. “He had incredible penmanship,” she said, noting that was a big deal in the 1990s.

“I wouldn’t find a teacher in this building that would say nice things about me,” said Milwaukee County Executive David Crowley, who graduated a class ahead of Johnson at BVHS, noting that Johnson was better behaved.

Crowley praised Johnson and said the new mayor’s conviction for service would serve him well. “He is going to make sure to lift others up,” the county executive said.

But he also offered some blunt advice for his friend. “You’ve got your four-month audition, so don’t blow it,” he said.

Johnson’s family found stability by the time he was in high school. They lived near N. 19th St. and W. Center St. all four years.

A plaque is still on display in the hallway that shows Johnson as the 2005 recipient of the William Stark Jones Scholarship. Johnson used his scholarship to earn a political science degree from the University of Wisconsin.

His siblings went in other directions. “I have one brother who runs a prison and another brother who has been in his prison,” Johnson said.

Johnson ran twice for the Milwaukee County Board of Supervisors after college, finishing no better than fifth. He didn’t mention the races, nor the results, in his speech.

But he did mention his work experience at the Milwaukee Area Workforce Investment Board, and as a staff assistant to Mayor Tom Barrett.

“I never once sat in the mayor’s chair,” said Johnson. “In fact, my son Oliver sat in the chair, years before me. My thought was that if I was ever fortunate enough to sit in that chair, I would have earned it.”

Wednesday night he was able to sit down for the first time. Thursday, as promised, he made his first formal action declaring reckless driving a public crisis. He unveiled a multi-faceted plan to attempt to combat it earlier this week.

He said a plan to address gun violence was next and he praised new police chief Jeffrey Norman, who was in attendance at the event.

“But I’m not going to stand up here and just beat the drum and say the only solution is to get tough on crime. I understand the root causes because that is where I came from,” he said. “I’ve lived this and I’ve got a bullet hole in my car to prove it.”

He promised to tackle other issues, with assurances that he would support small businesses and create family-supporting jobs. He also said he would work to increase the COVID-19 vaccination rate.

Johnson has also already been laying the groundwork to tackle one issue Barrett never could: the city’s fiscal relationship with the state.

“I’m a Democrat, but in order to fix these problems we need everyone,” said Johnson, who has been publicly and privately discussing the issue with Republicans in the Wisconsin State Legislature.

It’s a crisis-level issue. Without any changes, a pension funding requirement will kick in for the 2023 budget that will force the city to start the process of laying off 25% of its workforce. The state has capped the city’s ability to raise the property tax rate beyond a nominal inflationary increase and the value of new construction, prohibited the creation of new taxes and reduced shared revenue (effectively an income tax rebate) by an inflation-adjusted $118 million annually since 2003.

Crowley and Milwaukee County face the same issue. But Johnson said they’re up to the task.

“We are at a moment in our city’s history. We are making generational change,” he said.

But Johnson needs to make change quickly. He is one of eight candidates slated to appear on the ballot for a Feb. 15 primary election and would like to be one of two that make it through to the April 5 general election.

He’s the only candidate in the race who will have the advantage of incumbency.

For more on Johnson, see our Dec. 22 profile: The Incredible Rise of Cavalier Johnson. 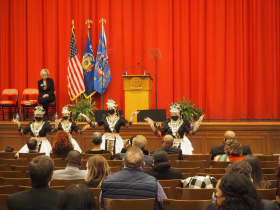 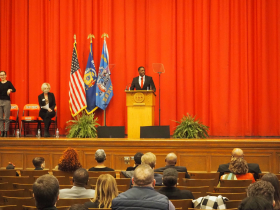 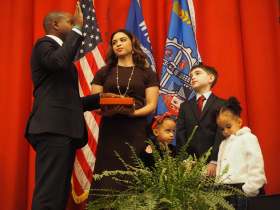 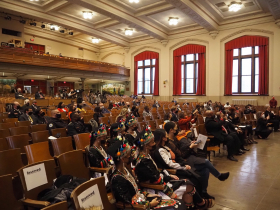 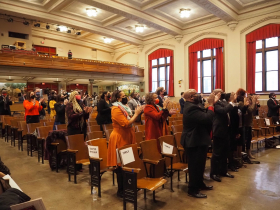 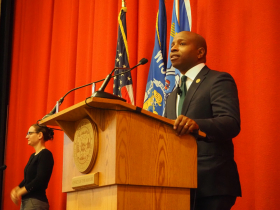