No longer mayor, Barrett is preparing to head to Luxembourg. 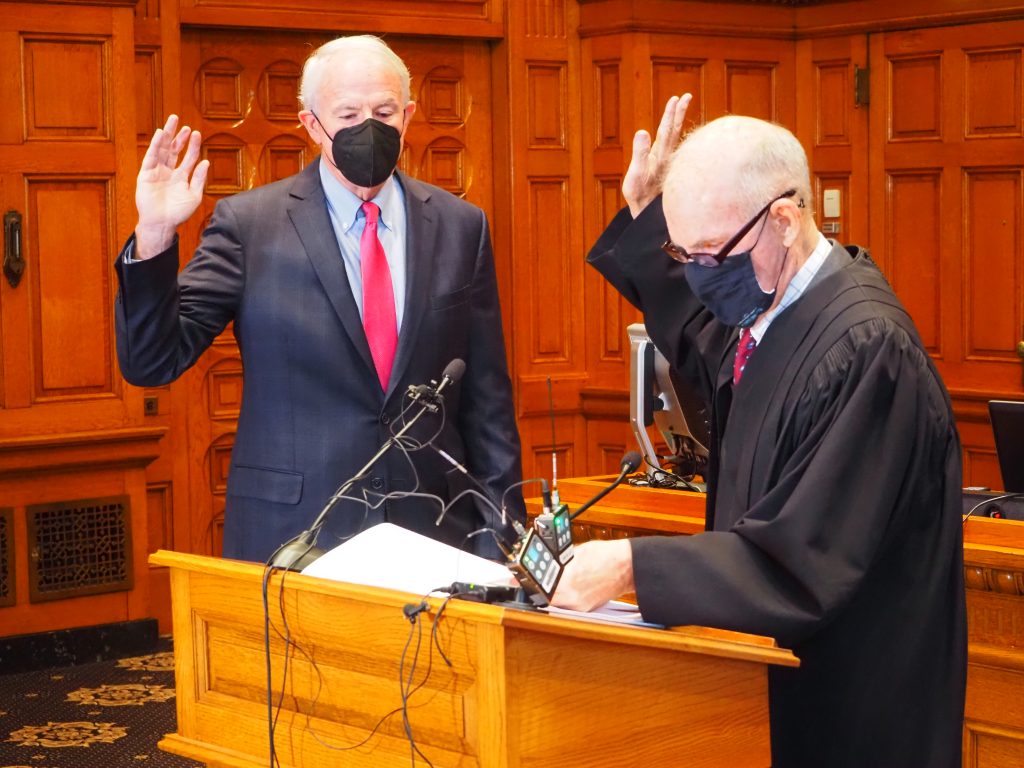 Mayor Tom Barrett is now Ambassador Extraordinary and Plenipotentiary of the United States of America to the Grand Duchy of Luxembourg Tom Barrett.

Barrett, who resigned as mayor Wednesday evening, took his oath Thursday morning at the Milwaukee Federal Courthouse, 517 E. Wisconsin Ave., in front of family, friends and media members. The oath was administered by Federal Judge Lynn Adelman, who Barrett once served alongside in the Wisconsin State Senate.

It was a symbolically important place for Barrett to be sworn in. It was the very courtroom where his career began, first as an intern and later as a law clerk under Judge Robert Warren. Barrett, who graduated from the UW Law School, joked that he got the job by playing scrabble over lunch with the women that worked in the office.

“The symmetry of this is very touching,” said Barrett. “This is truly an honor.”

His wife Kris, as well as three of his four children, watched the ceremony from the jury box. Supporting Barrett from the public seating area were many more members of the Barrett family, including brother and Clerk of Circuit Court John Barrett and nephew and Gener8tor co-founder Joe Kirgues. Friends in attendance included long-time friend and former chief of staff Patrick Curley, retired Department of City Development Commissioner Rocky Marcoux, attorney Steve Chernof, campaign manager Patrick Guarasci and at least a dozen others.

“I recognize I got here because of you,” he said. After briefly addressing the audience, Barrett unofficially sealed the oath by removing his mask and kissing his wife.

Barrett, 68, said he first learned of the nomination in June, but President Joe Biden didn’t announce the news until a background check was completed in August. What was expected to be a confirmation process that could last into 2022 as a result of geopolitical partisan politics suddenly sped up last week and Barrett was unanimously confirmed alongside the ambassador to China.

Get a daily rundown of the top stories on Urban Milwaukee
But Barrett isn’t rushing out the door to Luxembourg. He first needs to receive more State Department briefings in Washington D.C. While ticking off a wide range of Luxembourg facts, Barrett again admitted he had never been to the country and expected to first arrive in late January.

“I have been to Germany. I have been to Austria. I have been to France and I’m very much looking forward to going to Luxembourg,” said Barrett on Dec. 17. He repeated the line Thursday, this time adding more of the countries he’s visited.

The embassy and co-located ambassador’s residence is located in Luxembourg City. Situated between Germany, France and Belgium, Luxembourg has a population of approximately 620,000, similar to Milwaukee. But despite being one of the smallest countries in Europe, the country is approximately 10 times the geographical size of the City of Milwaukee.

He’ll find the ambassador’s residence a much better accommodation than whatever a mayor could have afforded. Colocated with the embassy in the Dolibois House in Luxembourg City, the mansion was completed in 1922. It was the German embassy prior to World War II and was used by the German army to govern Luxembourg during the war. After the U.S. liberated the country, it used it as a barracks briefly before purchasing it for use as an embassy.

Luxembourg is the second wealthiest country in Europe. It’s also the site of the Court of Justice of the European Union, for which the U.S. Supreme Court has visited at least once, Barrett said. A guest room in the residence is named after a Supreme Court justice.

Barrett said he expects a side effect of the position will be expanded trade with Wisconsin. He said Milwaukeeans have already approached him about the possibility and noted the country has strong ties to Ozaukee County, in large part because the city of Belgium was settled by Luxembourger immigrants. Barrett said his first stop after learning of the post was the Luxembourg American Cultural Society’s Rotos and Leaves Museum in Belgium and he’s previously noted that Fiserv Forum is built with steel from Luxembourg.

The ambassador post is currently held by Casey Mace, the embassy’s chargé d’affaires (chief of mission). Mace took on the caretaker role after appointed ambassador Randy Evans stepped down following the end of President Donald Trump‘s term in January.

Adelman said Barrett was only the second ambassador he knew of from Milwaukee. George F. Kennan was Ambassador to the Soviet Union for five months in 1952 and advocated a well-known policy of containment. He served as ambassador to Yugoslavia from 1961 to 1963.

The Common Council called a special election to fill Barrett’s term less than an hour after he took the oath. Common Council President Cavalier Johnson serves as acting mayor until the conclusion of the election. 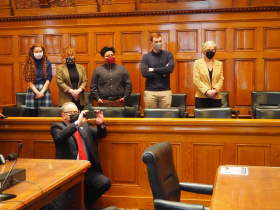 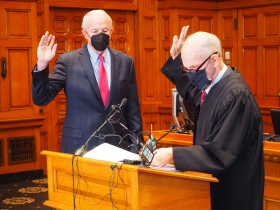 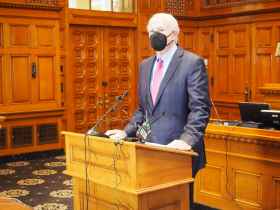