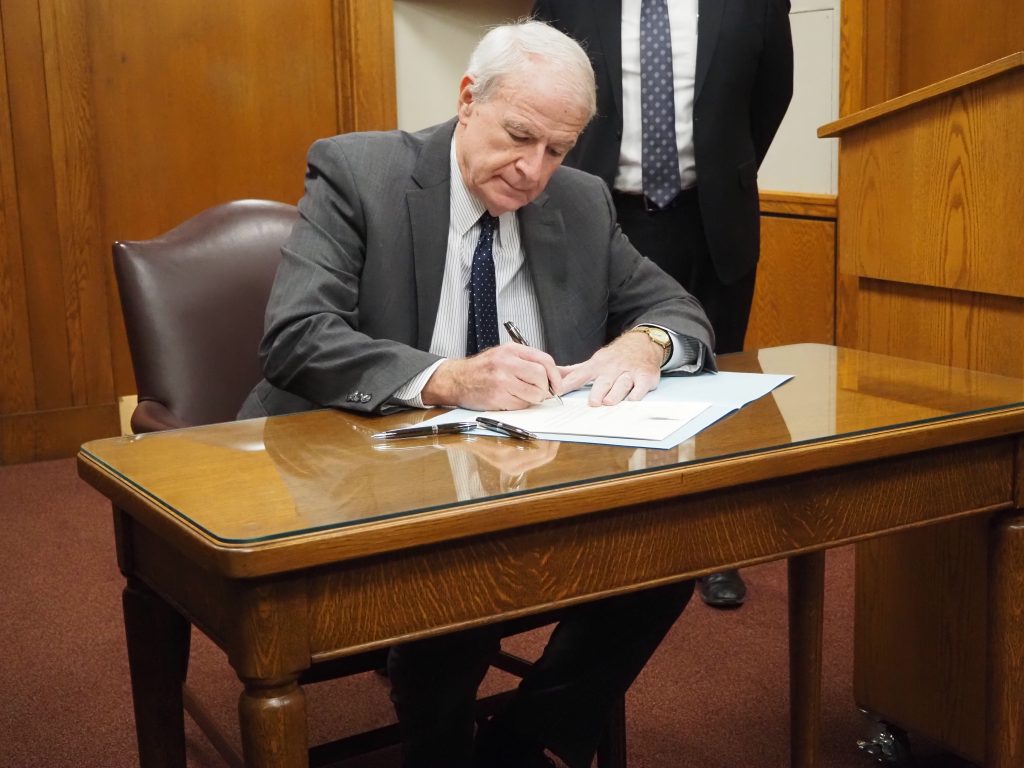 Mayor Tom Barrett, the longest actively serving big-city mayor in the country, submitted his resignation Wednesday morning. He is scheduled to take his oath of office to become the U.S. Ambassador to Luxembourg on Thursday.

“I can honestly tell you this is the hardest job in my life and the most rewarding job I have ever had in my life, ” said Barrett before signing a resignation letter and presenting it to City Clerk Jim Owczarski. “I am leaving this job with optimism for this city.”

“I have absolutely loved being the mayor of this great city, with its challenges, with its opportunities, with its wonderful people. I have been blessed,” said Barrett. “As a young boy growing up on the west side of Milwaukee I never dreamed I would someday have the opportunity to lead our great city.”

Barrett’s resignation immediately promotes Common Council President Cavalier Johnson to acting mayor. Johnson has the full power of the mayor’s office and can keep his prior job, with the exception of voting on council matters.

Eight candidates, including Johnson, are vying to replace Barrett and serve the remainder of his term through 2024.

Get a daily rundown of the top stories on Urban Milwaukee
The winner will have plenty of issues to tackle.

“One of the challenges and disappointments, as I leave this job, is our fiscal relationship with the State of Wisconsin,” said Barrett. “Without a doubt that has to be changed. I’m hoping that having a new face will improve the chances.”

The city is restricted on raising new revenue and receives $118 million less per year (adjusted for inflation) in state shared revenue since Barrett took office.

Barrett admitted public safety has been an up-and-down issue during his tenure. He said the city will need help from the state to hire more officers.

The city just set a record for homicides in a single year, 192, eclipsing the record breaking total of 190 in 2020. But as Barrett noted, the city was on a five-year downswing from 2015 to 2019, reaching a low of 97. Other cities have had upswings in violence during the pandemic, but Milwaukee’s exceeds those of many others.

“Those are issues going forward, no question about it,” said Barrett.

The outgoing mayor said he was proud of the people of the city and the reemergence of the heart of the city. He said while driving around town he would notice all the new buildings.

Is Barrett going to sell his house and leave Milwaukee?

“I want to keep my marriage I will keep my residence,” said Barrett. “Yes, that’s a yes.” His wife, Kris Barrett, is a public school teacher. The couple’s four children have all left the home.

Barrett expects to visit Washington D.C. in early January and fly to Luxembourg for what will be his first visit.

What’s left to do?

“Nothing newsworthy. Just responding to some people’s calls. Nothing to write in Urban Milwaukee about,” said the mayor.

But staffing for his team is undoubtedly one of the issues.

Johnson is bringing in former alderman and current senior legislative fiscal manager Jim Bohl as his chief of staff. Barrett’s chief of staff Jodie Tabak is expected to take another job within City Hall, at least temporarily.

Communications director Jeff Fleming is staying, as is special assistant and scheduler Alexis Peterson, constituent relations director Oscar Tovar and a handful of others. But policy director Aaron Szopinski is leaving and other staffers are currently in a state of flux.

The mayoral position is nonpartisan. The top two vote-getters in the primary will advance to the general election. 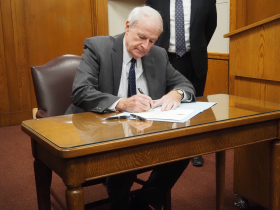 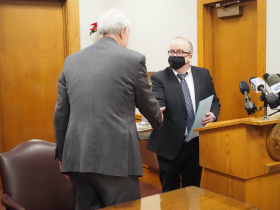 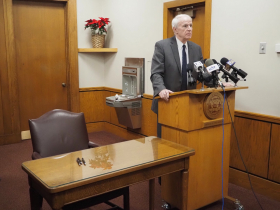