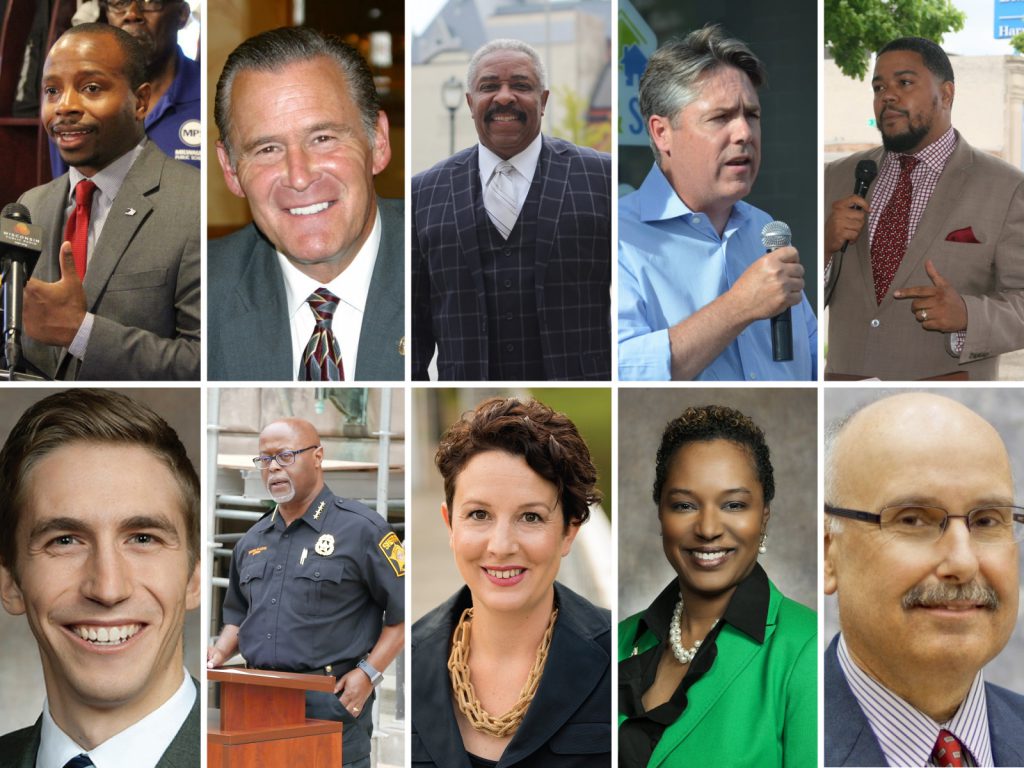 The last time there was an open seat for mayor, in 2004, I was among a number of reporters who covered the campaign for the Milwaukee Journal Sentinel. Then managing editor George Stanley noted at an editorial meeting that Milwaukee’s mayors, once elected, tend to serve for many terms, so this was a chance for the paper to have a significant impact on the city’s future.

John Norquist, after all, had served for nearly 16 years, preceded by Henry Maier (28 years, still the record), Frank Zeidler (12 years) and eight years before his election Daniel Hoan was defeated after 24 years in office.

And sure enough, Tom Barrett, elected in 2004, went on win reelection four times, will serve for at least 17 years and would have been mayor for at least 20 years if not for getting an appointment as ambassador to Luxembourg.

In short, there is a very good chance the winner of the yet-to-be-scheduled special election for mayor could go on to serve for a very long time. Which is why you can expect a flock of candidates to run. In 2004 there were nine candidates. There could be more this time around.

It’s not just because it’s a once-in-a-generation opportunity, it’s also a special election that will more than likely be off the usual schedule, which means any incumbent  — legislator, Common Council member, etc. — can run without worrying about losing (or interfering with a campaign for) their current position. And they could double or almost triple their current salary, as the position of mayor pays just over $147,000.

As Jeramey Jannene reported for Urban Milwaukee last week, Common Council President Cavalier Johnson, who will serve as acting mayor once Barrett leaves office, will be running for mayor, as will former alderman and mayoral candidate Robert Donovan, while Democratic state Sen. Lena Taylor said she is considering a run. Dan Bice did a story adding other names.

Among the other potential candidates:

Get a daily rundown of the top stories on Urban Milwaukee
Democratic State Rep. Daniel Riemer called his run a “hypothetical” in a statement to Urban Milwaukee but then made it sound pretty certain. “I love Milwaukee. I think it’s the greatest city in the known universe,” adding “110% I would love to serve.”

Alderman Michael Murphy: He tells Urban Milwaukee he is giving it serious thought and will decide in the next week or two. He has a campaign coffer of $138,000.

Sheriff Earnell Lucas is said to be considering a run, and having won a county-wide race, would have better name recognition than most candidates. He posted a statement saying Milwaukee needs a new leader who will “make our city strong and safe.” And who better to promise this than a sheriff?

Alderwoman and former county board chair Marina Dimitrijevic: She’s been seen as a future candidate for mayor since before becoming alderwoman and released a statement saying “I’m excited to consider continuing my service to our city as a Mayor for all and will have a decision soon.” One council member says Marina is “definitely” in the race.

Ald., Khalif Rainey told Channel 12 he will be running.

Ald. Mark Borkowski is said to be considering a run, and could have a better chance than Donovan of gaining the more conservative south side vote, since many of those voters are in Borkowski’s district. He is also a strong supporter of police and firefighters, with a good chance of getting their unions’ support. Not to mention that Donovan moved to Greenfield after retiring as alderman, raising questions about his loyalty to Milwaukee.

State Sen. Chris Larson: Hasn’t said a word, and didn’t respond to phone calls, but as someone who twice ran for county executive, he has very good name recognition in Milwaukee and plenty of ambition.

State Rep. David Bowen: Bice suggested the legislator wasn’t running but Bowen didn’t rule himself out in response to Channel 12. A statement he put out leaves the door open. “I owe it to those who believe in my leadership to consider but at this moment my only focus is making sure more Democrats get elected in 2022 including our Governor Tony Evers,” he said on August 27.

The list of possible candidates makes any forecast difficult, but there is one certainly in the race: a conservative candidate like Donovan can get through the primary, but can’t win a general election. Milwaukee is too liberal to elect someone like Donovan, who got just 32% of the vote against Barrett in 2016.

On the other hand the path through the primary for white liberals like Larson or Dimitrijevic seems tough, unless they can gain some support in the Black community. Riemer and Murphy are more moderate but might face the same problem.

A more moderate Black candidate like Johnson or Lucas might have the broadest appeal. But Lucas must prove he has an understanding of more than police issues. And Johnson’s election to Common Council president, won with white council votes at the expense of a Black coalition, has left bruised feelings among some in the Black community.

In theory the race is a golden opportunity for Milwaukee to elect its first Black mayor, though the city’s population is slightly less Black today (39%) than was in 2010 (40%). Meanwhile, Hispanics now account for 19% of the population.

That’s quite a mix and doesn’t give a candidate of any color an automatic edge, all the more so in a race that is likely to have a flock of candidates. This is likely to be a very unpredictable, and damn interesting race. Says PR man Evan Zeppos: “Milwaukee is in for a roller coaster ride with its politics.”

3 thoughts on “Murphy’s Law: Mayor’s Race Looks Like a Wild One”