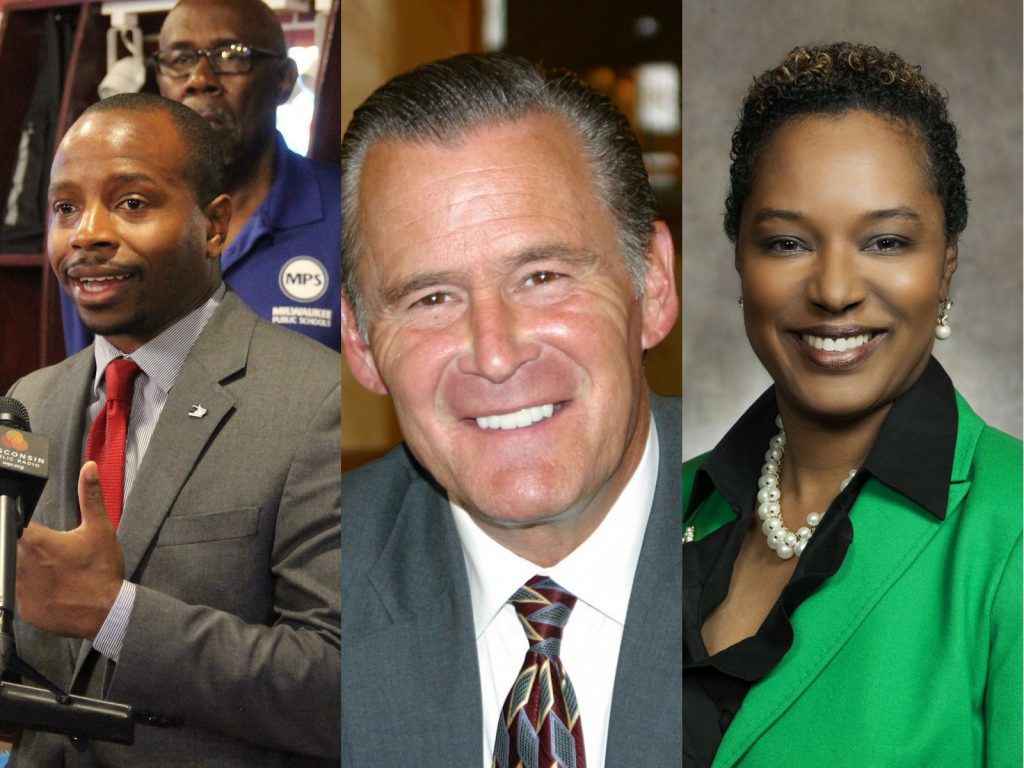 Cavalier Johnson, Robert Donovan and Lena Taylor. Images from City of Milwaukee and State of Wisconsin.

The race to replace Mayor Tom Barrett is on.

The White House announced on Wednesday that Barrett was being nominated to serve by President Joe Biden to serve as the U.S. Ambassador to Luxembourg. Barrett said he would serve as mayor until he is confirmed by the U.S. Senate, which could take weeks or months.

By city charter, Common Council President Cavalier Johnson would immediately replace Barrett and serve as acting mayor. A special election would be called to find a replacement for the remainder of Barrett’s term.

Johnson is poised to find plenty of opponents in that race. Retired Alderman Robert Donovan, who lost to Barrett in 2016, told WISN that he is for sure running. An advocate for rank-and-file police officers, Donovan would likely run as a conservative in the non-partisan race.

State Senator Lena Taylor, who lost to Barrett in 2020, told Urban Milwaukee Wednesday that she is considering a run.

“We’ll see,” said Taylor when asked if she was running. But she joined Urban Milwaukee in discussing election timing with City Clerk Jim Owczarski.

The Common Council would need to order a special election, as called for in state law, “as promptly as possible.” And unless Barrett’s resignation is delayed until near the end of the year, that election would between 62 and 77 days from the date it is ordered. Should Barrett’s resignation be sufficiently delayed to fit into a larger state window, the special election could run concurrently with the already scheduled April 5th spring election.

Taylor lost to Barrett in a pandemic-altered election 37-63.

Johnson was first elected to the Common Council in 2016 and, after his 2020 re-election, elected council president in 2020 on an 8-7 vote. He previously worked in Barrett’s office.

But Johnson, Donovan and Taylor aren’t likely to be the only candidates likely to run. A number of individuals, including a handful of elected officials, are said to be considering runs.

Competing theories exist on whether a quick-turnaround election would benefit Johnson, who has been laying the groundwork for an eventual mayoral run for months, by limiting the time others have to get into the race. Others have suggested to Urban Milwaukee that Johnson would benefit from a delay and the ability to build name recognition, compared to Taylor and Donovan’s recognition from past citywide races.

If more than two candidates submit the necessary number of signatures to appear on the ballot, a primary election would be held four weeks before the general election.

“We will continue to work closely with the Mayor during this time of transition,” said Johnson in a statement congratulating Barrett. “Until he decides to step down he will remain in that position, and the business at City Hall will continue.”

Johnson has not formally said if he would run for re-election.

The remainder of Barrett’s term runs through April 2024.