Inside the Standard at East Library

Our photos capture the interior of a one-bedroom apartment, its great views, and the rooftop deck.

On Sunday, we published my Doors Open Milwaukee inside tour of Park Lafayette Towers, the first of a series of such tours I will share with readers. The recently completed Standard at East Library, 2340 N. Cramer St., was another stop during my Doors Open weekend.

Developed by HSI Properites, LLC the 99-unit mixed-use building is located on the former site of the East Library.  The library will soon re-open on the first floor in a 16,000 square-foot condominium space designed by architect Kevin Allebach with designer Jane Dedering of HGA. The five-story building was designed by Engberg Anderson, with Tim Wolosz as the project designer.

Construction started on building in July 2013, and just over a year later the building representative leading our tour told to us the Standard was nearly fully occupied with tenants.

Just before it opened my colleague Jeramey Jannene shared his Hard Hat Tour of the building, but today we take you inside to see what living at the Standard is like. Outside of the building you’ll see that the winner of Milwaukee Public Library‘s call for public art, Ray Chi, is currently installing his public art piece, the Serpent.  Within the building our photo tour takes you to see a fifth-floor southeastern facing one-bedroom unit with great views, the party room, and another urban oasis in the sky (as a recent tour of Park Lafayette Towers revealed, rooftop decks are a popular feature of new developments ).

According to a Facebook post by Ald. Nik Kovac, Mercy Housing Lakefront‘s Greenwich Park Apartments will break ground in spring 2015. The six-story apartment building will be built on the parking lots bounded by N. Murray, E. Thomas, N. Farwell avenues, and the remaining US Bank portion of the lot. 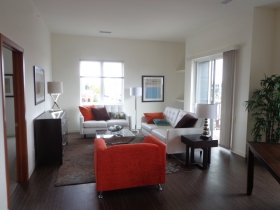 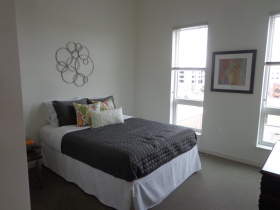 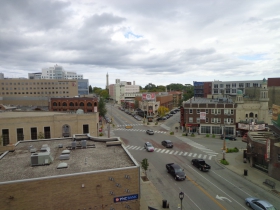 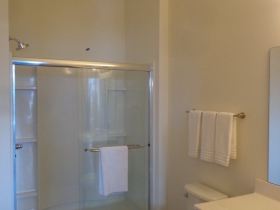 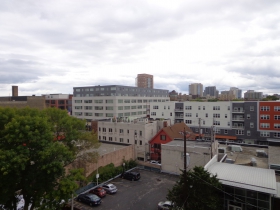 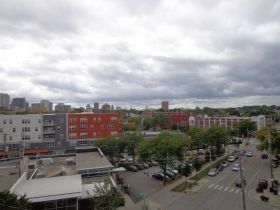