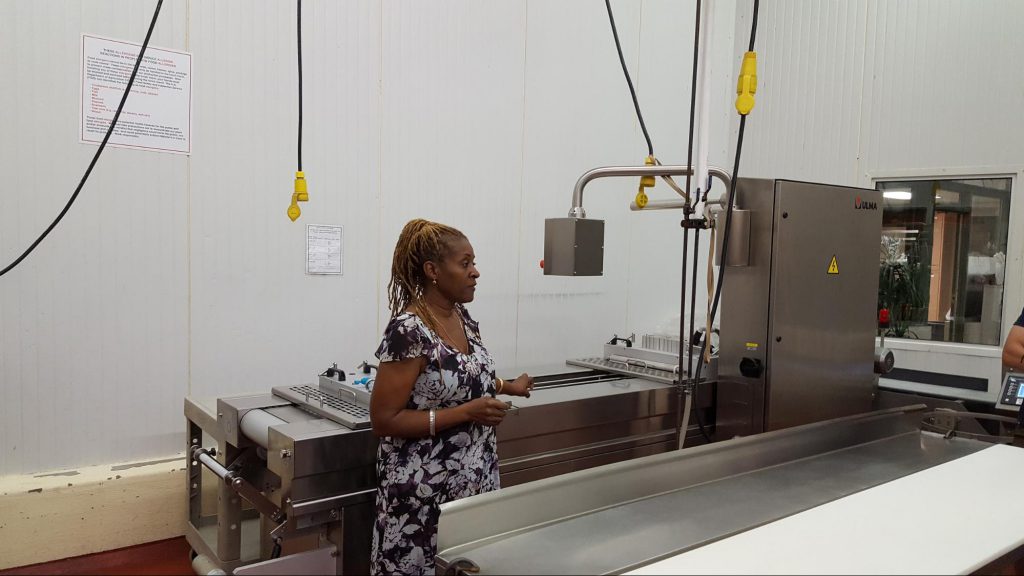 Doors Open Milwaukee offers a chance for curious visitors to lift a veil of secrecy and learn about the inner workings, the “guts” if you will, of one of Milwaukee’s most storied African American-owned businesses. Vegetarians beware, this stop may not be for you. But for everyone else, Glorious Malone’s Fine Sausage at 300 W. Walnut St. offers adventurous meaty concoctions, specializing in a pungent and mysterious creation called head cheese. But more on that later. Perhaps even more remarkable is the story of how Glorious Malone’s came to be.

A terrifying bout of rheumatic fever prompted young Glorious Williams to move away from her hometown of Hammond, Louisiana to join her father Sterling Williams in Milwaukee in the 1940s. Sterling supported the two through a variety of entrepreneurial endeavors—at times he worked as a barber, a taxi driver, and eventually opened up a small store that sold fruit and vegetables from the south. While working as a nurse’s aid, Glorious met a young man named George Malone and married him in 1950. George was known for making a special soft concoction of meat and spices, and presented it to family and friends each holiday season. This treat – his head cheese – was decidedly different in texture and flavor from the German head cheese that was common in Milwaukee at the time, and began to turn heads, you might say. Head cheese is typically uses meat from the head of a calf or pig and the German version usually consisted of chunks of meat suspended in jelly, but George’s recipe included no jelly at all. George’s creation also included spices redolent of the Tennessee culture in which he grew up.

Glorious, George, and Sterling opened up a grocery store together in 1961 at the corner of 6th Street and Hadley, where they expanded their southern fruit and vegetable business, sold deli meat including George’s head cheese, and also served penny candy to local school children. The business proved to be so popular that they soon moved to a larger location with a smoke house at 17th and Center streets. When George passed away in 1971, Glorious took sole proprietorship of the business, and tweaked the head cheese recipe further. Her head cheese gained wider distribution, appearing on tavern menus around Milwaukee and Chicago, and turned up in grocery stores around the city. This attracted the notice of state and federal meat inspectors, and so Glorious incorporated her business into Malone’s Fine Sausage, and became the first African American woman to earn federal meat inspection accreditation from the USDA. This honor eventually earned Glorious a spot in the Wisconsin Meat Industry Hall of Fame, a list of meaty pioneers compiled by UW-Madison’s School of Agriculture.

In 1993, Glorious bought the plot of land on Walnut Street where the business now stands, and had a 12,000-square-foot plant erected. The business continued to prosper, and when Glorious fell ill with pancreatic cancer in 2006, her daughter Daphne Malone took over its management. When Glorious died in 2007, Daphne became the sole owner, and renamed the business Glorious Malone’s Fine Sausage in tribute to her mother.

It was no accident that the Malones decided to base their business in the historic King Drive neighborhood. Seeing a dearth of good jobs in predominantly African American neighborhoods, they chose to go against that trend, and today employ about 12 workers, mostly from the surrounding community.

On the tour at Doors Open Milwaukee, visitors can see the rooms where plant employees grind meat, cook it, mix it together, and mold it in various loaf pans for sale at delis and grocery stores around the Midwest. The plant is not in action during the event, both because of hygiene concerns and also because the recipes are kept top secret, even after more than 40 years in business. And last but certainly not least, guests can try samples of the head cheese in person! Head cheese is not for the faint of heart, and as a former vegetarian, I was initially nervous to try it. But I did not want to be rude, so gave it a go. On my visit, enthusiastic employees offered samples of three different flavors of head cheese, all with different spices and fluffy texture. It’s highly regarded by gourmet meat makers.

Glorous Malone’s is a great slice of Milwaukee and local African American history, and well worth a visit during Doors Open Milwaukee. 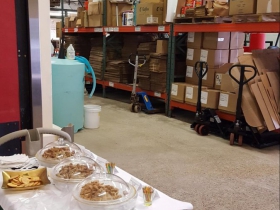 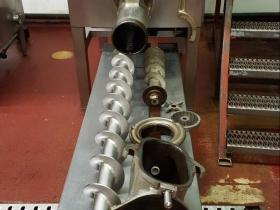 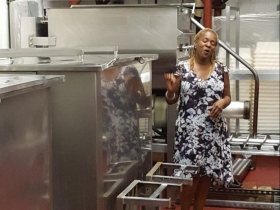 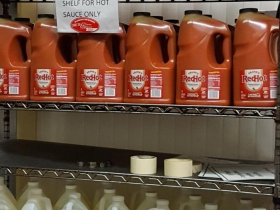 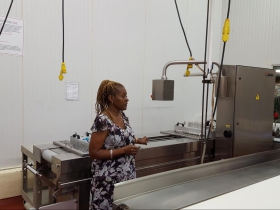 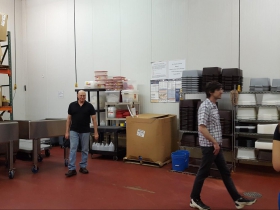