Historic club has been hidden in a former train station under an active rail line for 84 years. 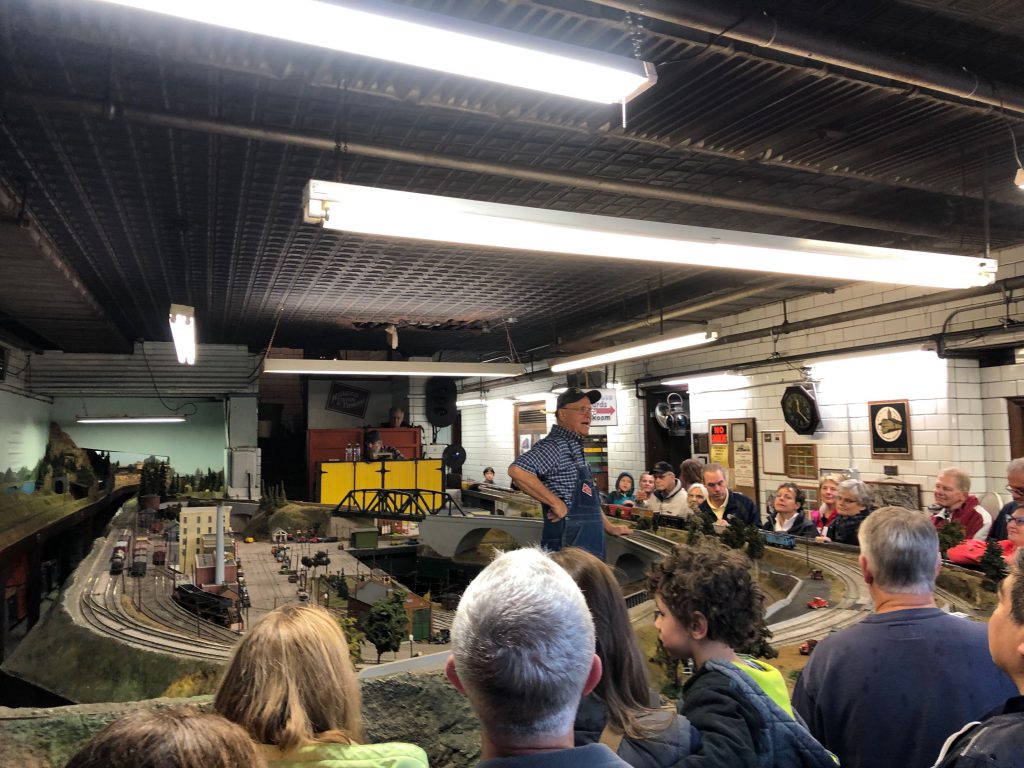 The Model Railroad Club of Milwaukee. Photo by Jeramey Jannene.

The annual Doors Open event has gone virtual this year, due to the pandemic, and will run from September 26  through October 11, but will still offer interesting tours, with participating, historic buildings and organizations in Milwaukee showcasing their sites through virtual content ranging from photos to videos to 360 degree-virtual reality tours. Here is the first of a series on the Top 5 offerings by Doors Open:

An unassuming building in Walker’s Point is home to one of the oldest model railroad clubs in the country.

The Model Railroad Club of Milwaukee has operated out of the concrete building at 215 E. National Ave. since 1936. And while that in itself qualifies the club as the oldest club running out of a single location in the United States, the building itself lends adds to the story of the club – it’s a former train station.

Built in 1916 underneath the Milwaukee Road mainline into the Everett Street Depot and Memononee Valley, the station was known as Allis Station for the nearby employer that was source of many passengers. Allis-Chalmers Corp. had a substantial operation in today’s Harbor District before moving west to its new home in today’s West Allis.

The Milwaukee Road shuttered the station by 1926 and an upstart model railroad club founded by future mayor Frank Zeidler, Al Kalmbach, whose Kalmbach Media today publishes Model Railroader, Trains and other industry magazines, and William Walthers, whose company Wm. K. Walthers still manufactures model railroad equipment on the city’s northwest side, took over not longer over.

Much of the train station’s architectural detailing remains, including subway tiles that frame the ticket counter and waiting room. Stairs guide one up to what used to be platforms above, if it wasn’t for the top of the stairs being sealed off by the building’s current owner Canadian Pacific. Railroad memorabilia lines the place. Outside the station, you can follow E. National Ave. under the railroad bridge and see evidence of the station’s utilitarian exterior and former windows.

One thing you won’t find in the station? Heat. The club relies on a small pot stove in the winter to keep warm.

Members meet on the last Sunday of the month to operate the model trains. They also meet regularly on Mondays to maintain the layout, which stretches through multiple rooms, and work on other projects. But a club member joked while giving a tour during Doors Open that you’re more likely to find one member working and five or six others sitting around the heater telling jokes.

The layout relies on the O scale (1/48th size) trains and models as opposed to the more popular and smaller HO (the name comes from half of O) scale. “It’s so obscure it’s become cool,” noted one member with a laugh.

The current layout, known as the Milwaukee Union Terminal Railroad, dates back to the 1950s. It includes a model of the Milwaukee Road’s signature Hiawatha trainset, while today’s Amtrak Hiawatha Service rolls along above the station 14 times a day.

The non-profit rents the facility from Canadian Pacific. 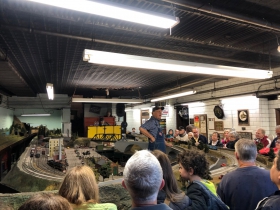 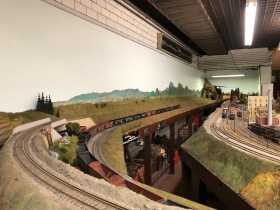 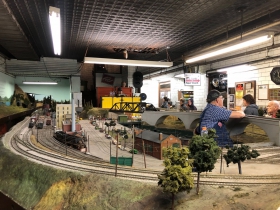 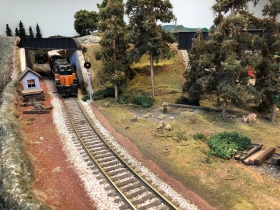 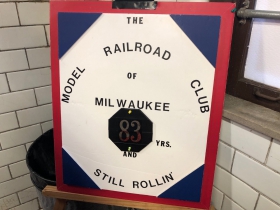 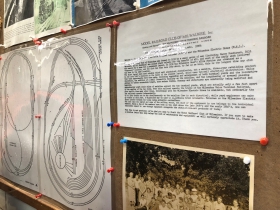