Our photos take you on a tour inside Park Lafayette and reveal a hidden urban oasis in the sky.

Last weekend, Milwaukeeans got out and enjoyed Doors Open Milwaukee. Over 25,000 people took more than 116,000 site visits, an increase of nearly 25 percent from 2013.  And again this year, I was one of those people, because Doors Open is a great opportunity to be a tourist in your own town.

Having never been inside Park Lafayette Towers, 1918 E. Lafayette Pl., before Saturday it was the perfect time to see how this one time condominium, now apartment project turned out.

But first, a little background.

Construction of the 280-unit, twin 20-story towers Park Lafayette started during the condo boom, and as such was planned as a condominium complex.  But in 2009, the project was foreclosed on by Amalgamated Bank of New York, the project’s primary lender. No doubt bad news for Chicago developer Warren Barr and his Renaissant Lafayette LLC, but through this process Mandel Group was appointed the receiver. Mandel Group proceeded to covert the project to apartments, and has managed to keep the building nearly fully-occupied ever since.

Our photos take you on a tour of the towers, exposing a green roof, an electric car charging station, the interior of a modern two-bedroom apartment, and that amazing urban oasis in the sky. 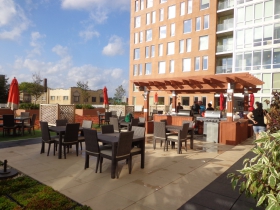 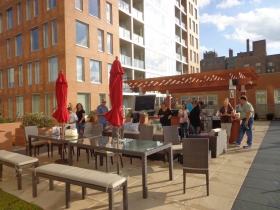 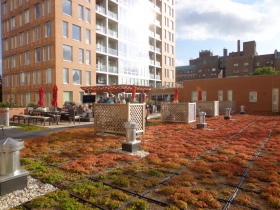 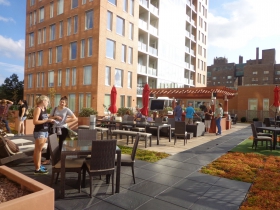 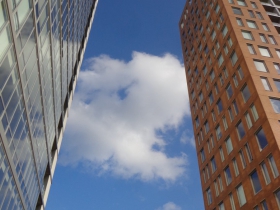 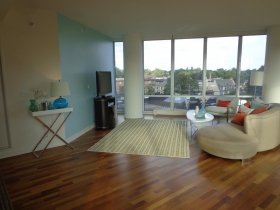 One thought on “Doors Open: Inside Park Lafayette Towers Apartments”