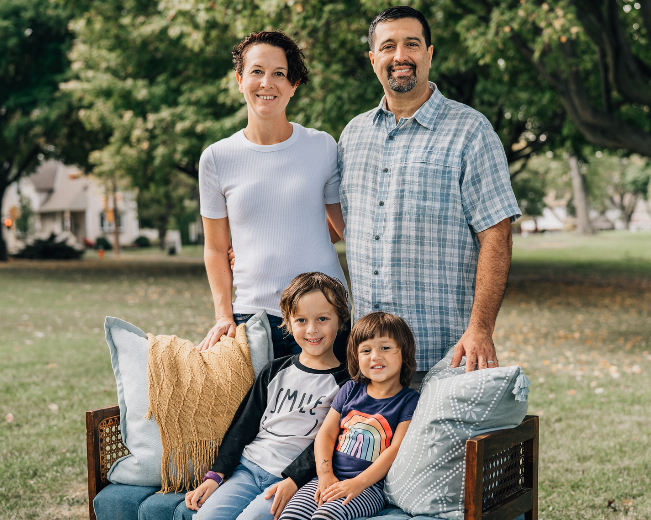 Alderwoman Marina Dimitrijevic officially announced Monday morning that she is running for mayor.

“Milwaukee is at a crossroads. We need a Mayor who will find bold solutions to the challenges in front of us. I’m running for mayor because I believe everyone in Milwaukee deserves the opportunity to thrive, and I know I’m the woman for the job,” said Dimitrijevic in a statement.

The alderwoman, first elected in April 2020, was one of the first people to indicate an interest in running when Mayor Tom Barrett was nominated in August by President Joe Biden to serve as the U.S. Ambassador to Luxembourg. Barrett’s appointment requires U.S. Senate confirmation, where it is currently stuck alongside dozens of other Biden nominations.

Dimitrijevic was elected to the Milwaukee County Board of Supervisors in 2004, the same year Barrett became mayor. She is the youngest woman ever elected to the board and ultimately served as chairman from 2012 to 2015.

“As an elected official, a mom, and lifelong Milwaukeean, I know we can create a brighter future. That means fighting for access to good schools, affordable housing, safe neighborhoods, and new opportunities – for everyone in our city. I’ve always fought for progressive change, and I’m ready to lead our city forward,” said Dimitrijevic.

She successfully ran for an open seat on the Common Council in 2020, representing Bay View and a handful of other southside neighborhoods. During her time on the county board, she worked for the Working Families Party and ran unsuccessfully for the 19th Assembly District in 2014.

Dimitrijevic joins an increasingly crowded field. Her colleague Common Council President Cavalier Johnson was the first to file and would serve as acting mayor if Barrett resigns. Sheriff Earnell Lucas is also running, as is former alderman Robert Donovan. Other candidates that have filed include entrepreneur and Swarmm Events founder Michael Sampson, activist and former aldermanic candidate Nicholas McVey and Sheila Conley-Patterson.

Get a daily rundown of the top stories on Urban Milwaukee
During her brief time on the Common Council, Dimitijrevic has been an active legislator. The chair of the Public Safety & Health Committee, she has championed reinstating the city’s mask mandate and publicly clashed with Health Commissioner Kirsten Johnson.

In the debate over how to spend the city’s American Rescue Plan Act funding, the alderwoman championed $16.8 million for the Office of Violence Prevention, $13.3 million for a broad childcare program, $10 million for an urban tree canopy restoration program, $3.2 million for lead safe home renovations, and $1.4 million for energy efficiency improvements. Some of those allocations were included in the omnibus package that the Finance & Personnel Committee endorsed Oct. 15th.

“I’m proud of what I’ve been able to accomplish for this community. I’ve delivered on a progressive environmental agenda, including a GreenPrint for the County, funding for parks and outdoor recreation, and secured support for violence prevention and public safety programs. I’ve also fought to create a more inclusive Milwaukee where everyone is welcome,” said Dimitrijevic. “We know we have more work to do. Your ZIP code can’t determine your access to opportunities in Milwaukee. This doesn’t change without hard work, but Milwaukee is a city built on hard work and determination, and I won’t stop until everyone has an equal opportunity to thrive.”

The daughter of a Serbian immigrant, Dimitrijevic lives in Bay View with her husband Eduardo Jaime and three children.

If and when Barrett is confirmed as ambassador, Johnson would become acting mayor and state law requires a special election to be called “as promptly as possible.” The winner would serve until Barrett’s term expires in 2024.

If Barrett resigns and the special election is called by Dec. 28, it could be timed to coincide with the regular spring election said Milwaukee Election Commission executive director Claire Woodall-Vogg earlier this month. Hosting it as a stand-alone election would cost the city approximately $350,000.

The non-partisan mayoral race would include a primary if three or more candidates submit the necessary signatures to appear on the ballot.