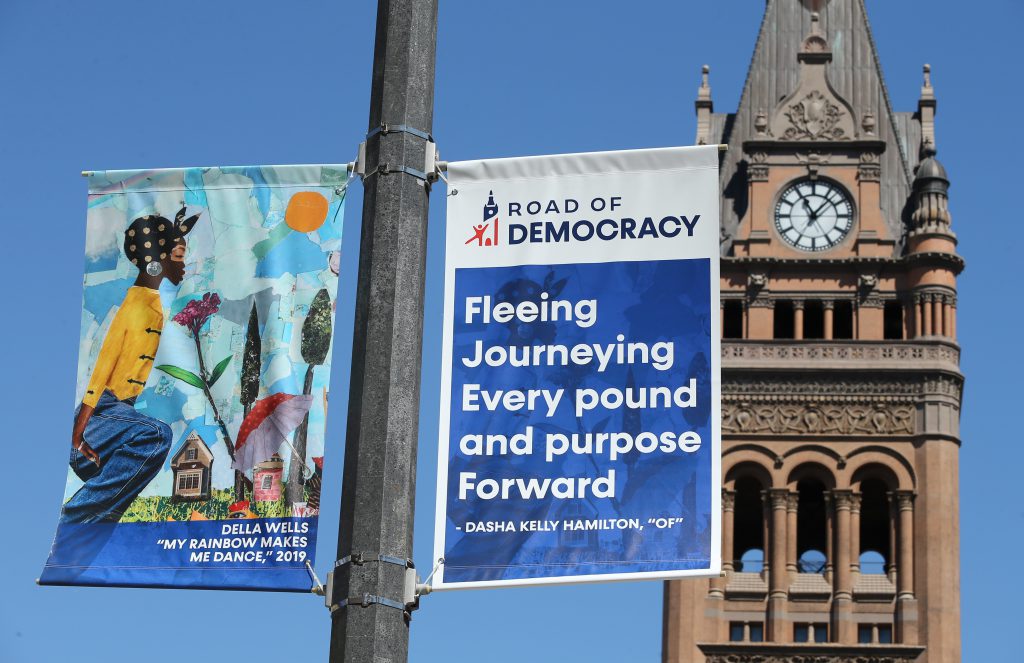 “Road of Democracy” banners. Photo by Pat A. Robinson.

A temporary public art project will blanket Downtown for the remainder of 2020.

“Roads of Democracy,” curated by the Milwaukee Downtown business improvement district, will showcase the work of three Milwaukee artists working in different mediums.

The installation, originally intended as a showcase while the Democratic National Convention was underway, includes 58-street-pole banners.

Emmy-award winning filmmaker Brad Pruitt will commemorate the installation as well as the 55th anniversary of the Voting Rights Act and 100th anniversary of Women’s suffrage in a film scheduled to be released in fall.

The banners, centered around Milwaukee City Hall, will run along N. Water St. and Kilbourn Avenue.

“‘Road of Democracy’ commemorates the 2020 Democratic National Convention and aspires to spur local and national dialogue on race and democracy,” said Beth Weirick, CEO of Milwaukee Downtown in a statement. “This project is dedicated to the countless individuals who have participated in historic movements near and far, and for the thousands yet to march.”

The exhibition will be moved to America’s Black Holocaust Museum for permanent display. All three artists participating in the project are Black. Pruitt serves as a consultant to the museum.

The exhibition is happening as another tribute to the Voting Rights Act, by artist Shepard Fairey, was rejected last week by the Historic Preservation Commission because the commission has not yet completed guidelines for murals on historic buildings, though it has announced to plan to eventually complete this work.

Milwaukee Downtown has commissioned a number of murals in recent years, including two large pieces completed in July and October of last year as well as new pieces added this year by artists Ken Brown and Jaime Brown.

But DNC delegates will not be on hand to see the artwork, at least not in August. The Democratic National Convention Committee announced a switch to an entirely virtual convention last week. 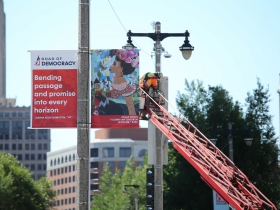 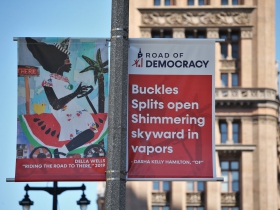 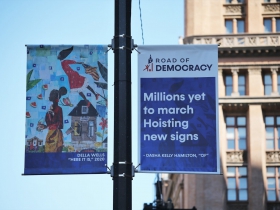 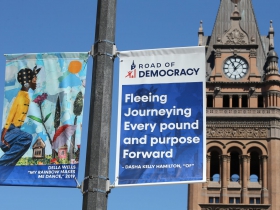 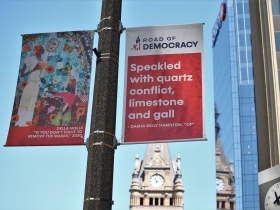 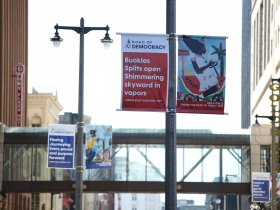 “Of” by Dasha Kelly Hamilton

Speckled With Quartz
Conflict, Sweat and Sand
Limestone and Gall
The Road of Democracy
Glistens Back at the Sun
Hums Lowly Beneath the Stars