With A “Holy Mackerel” Tony Evers Kicks Off DNC 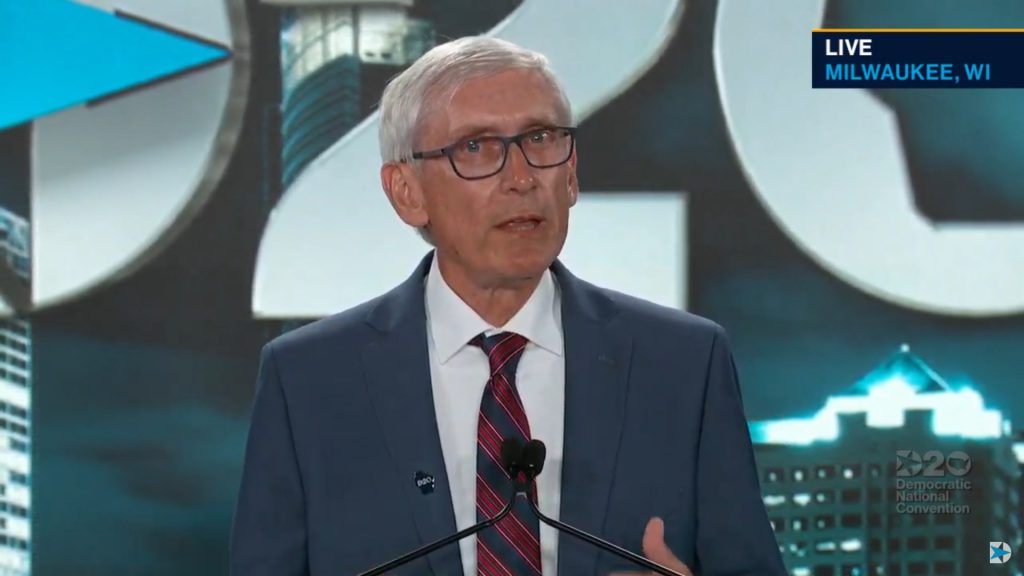 Governor Tony Evers put his folksy charm on display for the nation on Wednesday in opening the proceedings of the Democratic National Convention.

“We were really looking forward to having you here in America’s dairyland,” said Evers, speaking from the small stage in the Wisconsin Center. “Unfortunately the pandemic means we can’t do that this year. But what unites is far, far greater than what divides us.”

In an approximately one-minute speech, Evers said the country needs to elect Joe Biden and Kamala Harris. “This November is about returning kindness, respect, empathy and civility back to the White House and that’s who Joe and Kamala are,” he said.

“Holy mackerel folks, let’s get to work,” said Evers in ending his remarks.

Evers is expected to be the only speaker to address the convention from Milwaukee on Wednesday, the third night of the convention. Vice presidential nominee Kamala Harris and former President Barack Obama headline Wednesday’s speaker lineup.

The last Wisconsin politician scheduled to speak from the stage in Milwaukee is Senator Tammy Baldwin.

Congresswoman Gwen Moore spoke for just under 90 seconds on Monday night early in the event.

Did Evers, a former teacher, ever believe he would give a speech at a political convention? “Hell no, it’s a great honor,” said Evers to the reporting pool after his speech.