Get Your DNC Memorabilia

Bobbleheads and buttons from the convention that wasn't. 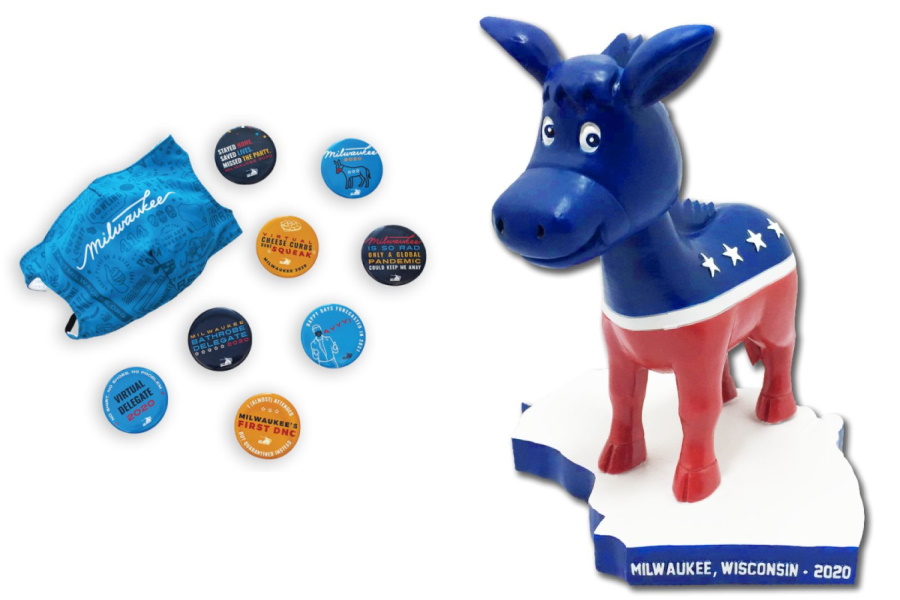 My wife likes to joke that DNC stands for “Did Not Come.”

But she’s not the only one that’s sought to get a few laughs from effectively virtual Democratic National Convention.

VISIT Milwaukee sent out a package of buttons to delegates, none of whom traveled to Milwaukee, as well as donors, members of the host committee and Democratic National Convention Committee. “Stayed home, saved lives, missed the party,” reads one. “I (almost) attended Milwaukee’s first DNC, but quarantined instead,” says another.

The eight-button package, which includes a face mask, is now available for the general public. It retails for $25 plus shipping. No guarantees that your friends will laugh when you show up wearing a button that says “Milwaukee is so rad only a global pandemic could keep me away.”

But don’t wait to order your set, only 44 remain. The buttons were designed by VISIT employees Alex Zimdars and Kathryn Lavey.

The National Bobblehead Hall of Fame and Museum, which had planned a special political bobblehead exhibit for a pre-pandemic world, is also marketing a DNC-themed bobblehead. Numbered up to 2,020, the organization produced a bobblehead that features a red-white-and-blue donkey (the symbol of the Democratic Party) atop a Wisconsin-shaped base.

Each bobblehead is $20.20 plus shipping.

“Wisconsin has become the bobblehead capital of the world, so it’s only fitting that we have a bobblehead to commemorate the 2020 Democratic National Convention,” said organization CEO Phil Sklar in a press release. “Political bobbleheads date back to the early 1960s, and we’re excited to offer this bobblehead to celebrate an unprecedented convention.” The museum had originally hoped to sell the bobblehead as part of a special ticket package to the museum.

The organization is also offering bobbleheads of Donald Trump and Joe Biden, and is accepting pre-orders for bobbleheads of Mike Pence and Kamala Harris.

The museum, located in Walker’s Point, will reopen to the public in September. It has been closed since March because of the pandemic.