But city faces wide-open competition for 2024 convention. What is the new pitch? 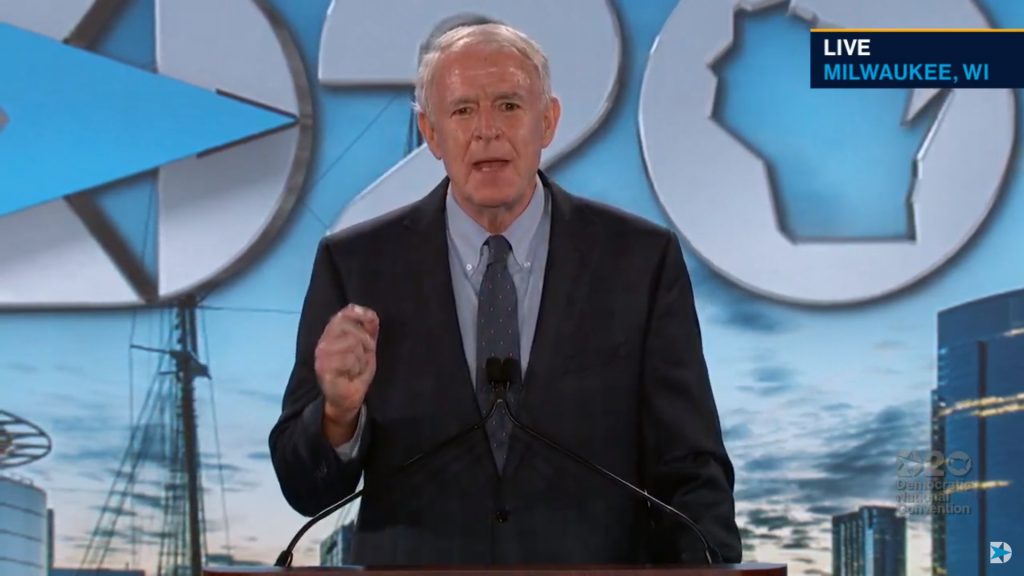 Milwaukee is again in the running to host the Democratic National Convention.

“Thank you for the invitation to express our interest in hosting the 2024 Democratic National Convention. Our response is an enthusiastic YES!” wrote Barrett. “Milwaukee is familiar with the extensive work and coordination necessary to prepare for a big political convention. We navigated that complicated path leading up to the 2020 Democratic National Convention. While interrupted by a pandemic, Milwaukee was ready to put on a great event. And, we are set to do it again.”

The narrative that Milwaukee used to land the 2020 convention won’t quite work this time. In 2018, when the bidding process began, Fiserv Forum had just opened, a number of new hotels were under construction or had recently opened and, as a result of Hillary Clinton‘s loss, Democrats needed to show that they weren’t overlooking the Midwest, particularly Wisconsin.

But Barrett used his letter to craft a new elevator pitch for the city and state. He mentioned the $420 million expansion of the Wisconsin Center and its proximity to Fiserv Forum. “We are in a state and a region that is neither red nor blue. This is a location where both major political parties want to make a statement and encourage voters to join them,” he wrote of the Wisconsin’s history as a swing-state.

The pre-expansion Wisconsin Center ended up hosting the only portion of the 2020 convention that actually took place in Milwaukee. Effectively a virtual affair due to the COVID-19 pandemic, a handful of speeches were given from the convention center, including those by Barrett, Governor Tony Evers and then-party chair Tom Perez.

Perez was replaced by Jaime Harrison in January. But Harrison was part of the DNC site visit team in the last go-round.

Get a daily rundown of the top stories on Urban Milwaukee
Barrett, in May 2020, was frank about Milwaukee’s chances to land the convention again.

“What some people don’t understand is that to get the convention here in 2020 was the equivalent of playing an NBA basketball season,” said the mayor. “It’s kind of like saying the Bucks were in first place when this happened, just give them the crown in 2021.”

The Bucks did win the championship, but they had to play four tough playoff rounds to get it. The city will need to go through a similarly lengthy process to win the convention.

And the individuals leading the bid team could change. Barrett has a pending nomination to serve as the U.S. Ambassador to Luxembourg. And Bucks senior vice president Alex Lasry, who was a key player in the 2020 bid, is running for the U.S. Senate.

One thought on “Milwaukee Again Bidding To Host DNC”