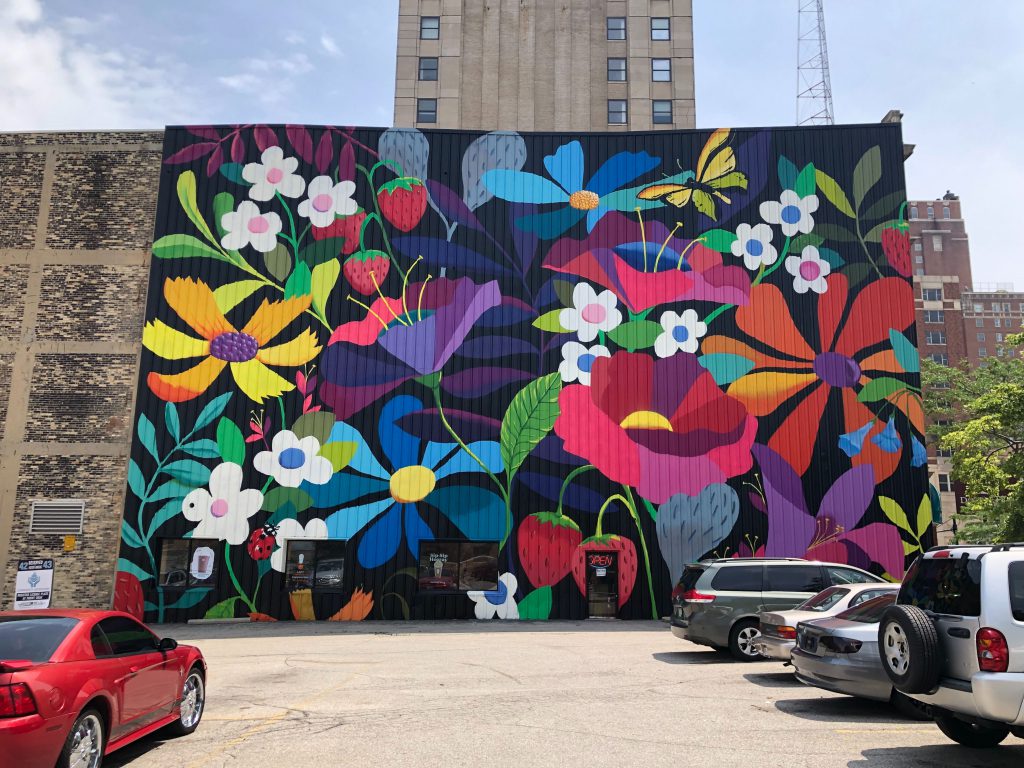 The mural, which depicts an urban garden as a metaphor for the redevelopment of the Westown neighborhood, is located on the west side of the building at 612-624 W. Wisconsin Ave. overlooking a surface parking lot.

Visible to people entering Downtown from the west on Wisconsin Avenue, the mural, known as Westown in Bloom, is approximately 80 feet wide by 50 feet tall.

“My artistic concept is to create a bright, colorful garden of flora to enliven the space and create a sense of wonder, vibrancy, beauty and hope that is representative of the revitalization and renewal efforts of Westown,” said Gertel when the concept was unveiled. “Plant life improves mood and there is nothing more welcoming to visitors than fresh flowers.”

Gertel won a competitive request-for-proposal to paint the mural. The wall it adorns was previously a beige-painted, metal-paneled wall that had a small sign for the building’s first-floor tenant Dunkin’ Donuts.

The building it adorns is owned by Wisconsin Avenue Property LLC, which partnered with Milwaukee Downtown, the Westown Association, Interstate Parking and the city’s Neighborhood Improvement Development Corporation (NIDC).

The project, led by the BID’s Downtown Placemaking Task Force, is the second project designed to beautify the area. The group funded the painting of a pedestrian tunnel between East Town and the Historic Third Ward in 2018.

Milwaukee Downtown funded approximately 50 percent of the project’s cost from its economic development fund with support from the project partners. 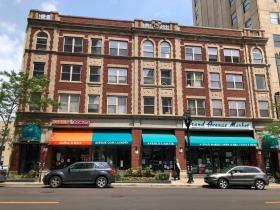 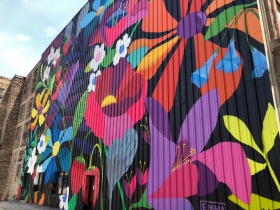 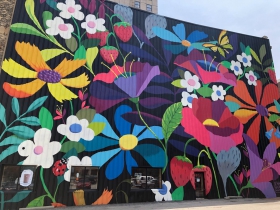 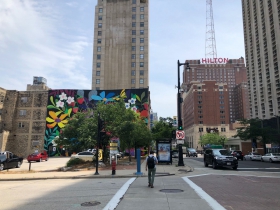 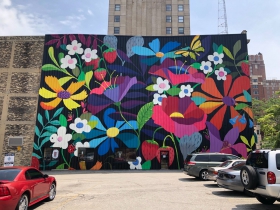