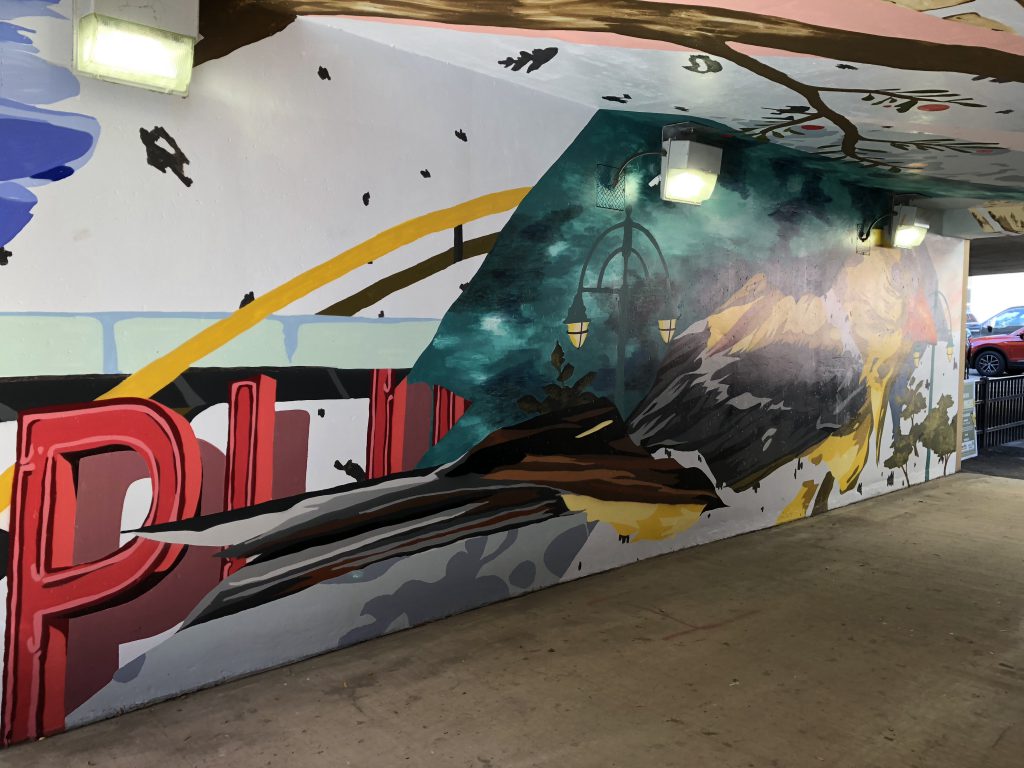 Migration, a mural by Katie Batten and CERA. Photo by Jeramey Jannene.

A pedestrian tunnel linking Downtown with the Historic Third Ward has received a visual overhaul from artists CERA and Katie Batten.

“This floor-to-ceiling mural will surprise and delight the approximately 1,400 pedestrians that use the tunnel daily,” said Susan Johnson of Colliers International. Johnson leads Milwaukee Downtown’s placemaking and public art committee.

The mural, dubbed “Migration”, depicts a number of migratory birds, a nod to the daily migration of commuters through the tunnel, and Milwaukee landmarks.

“I hope you all like it. We worked really hard. Every inch was considered,” said Batten. The artistic partners, 2012 graduates of the Milwaukee Institute of Art and Design, explained how they chose to depict the light atop the Gas Light Building with the color red, a sign that tomorrow is warmer.

“It’s been really special to work here as thousands of people walk through every day and appreciate the process,” said CERA.

The 50-foot-long tunnel, located under the elevated Interstate 794 freeway, links the intersections of E. Clybourn Ave. and N. Jefferson St. and E. St. Paul Ave. and N. Jefferson St., connecting the Third Ward with Downtown. It’s a pivotal link for many of the approximately 1,300 Johnson Controls employees who work at the company’s downtown office complex. The tunnel also is heavily used by employees at the US Bank Center complex to access more affordable parking on the eastern edge of the Historic Third Ward.

The business improvement district held a ribbon-cutting ceremony Monday morning to celebrate the new mural. The $30,000 project was funded with $15,000 from Milwaukee Downtown, as well as contributions from Johnson Controls and a host of other sponsors.

Johnson Controls President of Global Products Bill Jackson said the feedback has been only positive. “They see the colors. They see the brightness. It really makes their day,” said Jackson.

The artists added a few easter eggs for Johnson Controls employees. A portion of the Johnson Controls logo can be spotted along the ceiling at the tunnel’s northern edge. The snowflake-like symbol used to represent the company’s York brand is also visible in the middle of the tunnel.

Beyond just the easter eggs, the massive mural will take multiple visits to appreciate. Its location in a short tunnel will make it appear different with different sunlight conditions. The substantial size of the birds also makes it difficult to appreciate the entire thing at once. 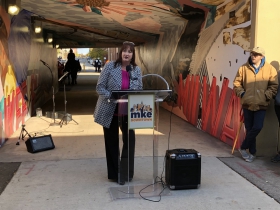 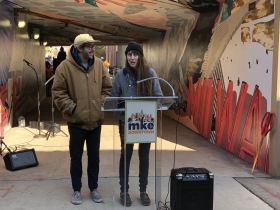 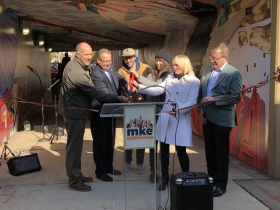 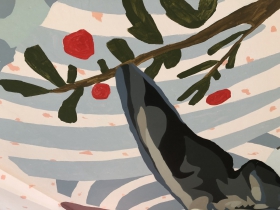 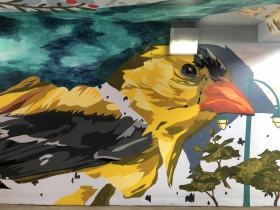 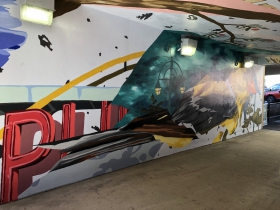