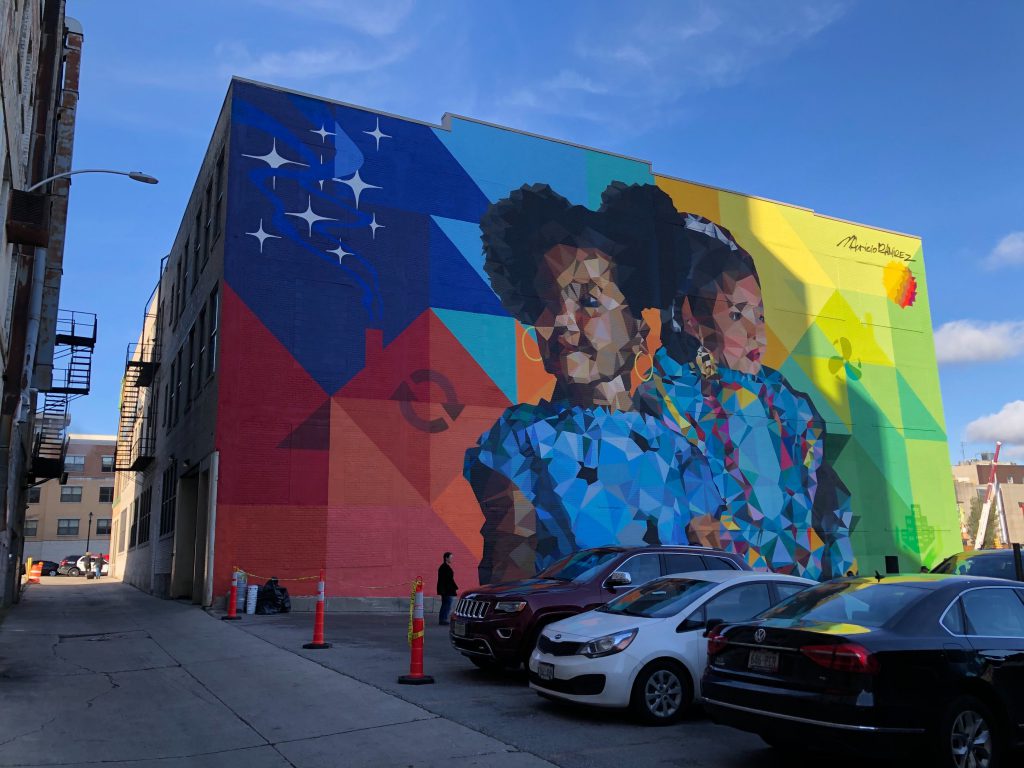 “Heart and Sol” by Mauricio Ramirez. Photo by Jeramey Jannene.

That’s according to Beth Weirick, the CEO of the downtown business improvement district, who emceed the ribbon-cutting ceremony for Mauricio Ramirez‘s new mural “Heart and Sol.”

The 5,000-square-foot piece, Ramirez’s largest to date, is painted on the eastern side of non-profit housing assistance organization Community Advocates‘ building along N. 6th St. just north of W. Wisconsin Ave. It faces a parking lot and the Wisconsin Center convention complex.

The mural celebrates the organization’s core values of hope, dignity and respect, says Community Advocates CEO Andi Elliott. Weirick says that Elliot suggested the four-story blank wall as a canvas for art after Milwaukee Downtown celebrated the July unveiling of Emma Daisy Gertel‘s “Westown in Bloom” mural on the block’s west side.

“It was our team that really inspired me,” says Elliot of the many Community Advocates employees at the ceremony.

Ramirez has spent the past few weeks working on the mural. “There were a lot of moving parts behind the scenes, I just happened to paint it,” says the artist. He had about 20 people volunteer to help him at various points in the process and estimates he spent over 100 hours of his time on the effort.

The mural depicts two young girls, one black, one Hispanic, and a series of shapes and objects that represent Community Advocates’ work. “If you’re looking for someone famous that’s not what this is about,” says Ramirez of the two people depicted.

Two community engagement sessions were held to solidify the design intention. “It’s so important for people to have the opportunity to weigh in,” says Weirick.

The mural was paid for by Community Advocates, Milwaukee Downtown and the city’s Neighborhood Improvement Development Corporation.

His work, which has a heavy emphasis on geometric shapes, is already on display along Wisconsin Avenue as part of Milwaukee Downtown’s 2017 effort to turn the bland utility boxes into canvases for art.

It can also be found all over the city and, increasingly, the country. In Milwaukee Ramirez has murals in Bay View, Historic Mitchell Street, Walker’s Point, the Lower East Side and the Crisol Corridor. He also has murals in a growing number of other cities, including New York, Chicago and Baltimore, where the Milwaukee Downtown staff will head this week for the International Downtown Association conference.

The Milwaukee native calls St. Francis home and has also done a host of projects in Milwaukee’s suburbs including Oak Creek. 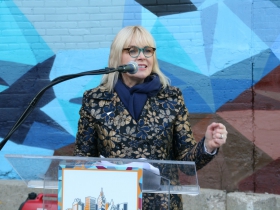 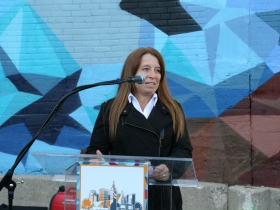 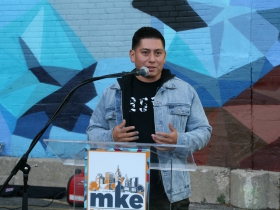 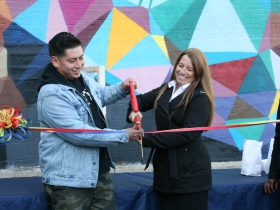 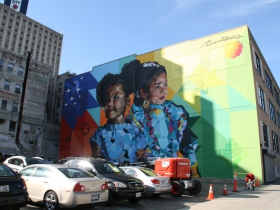 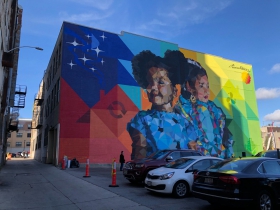