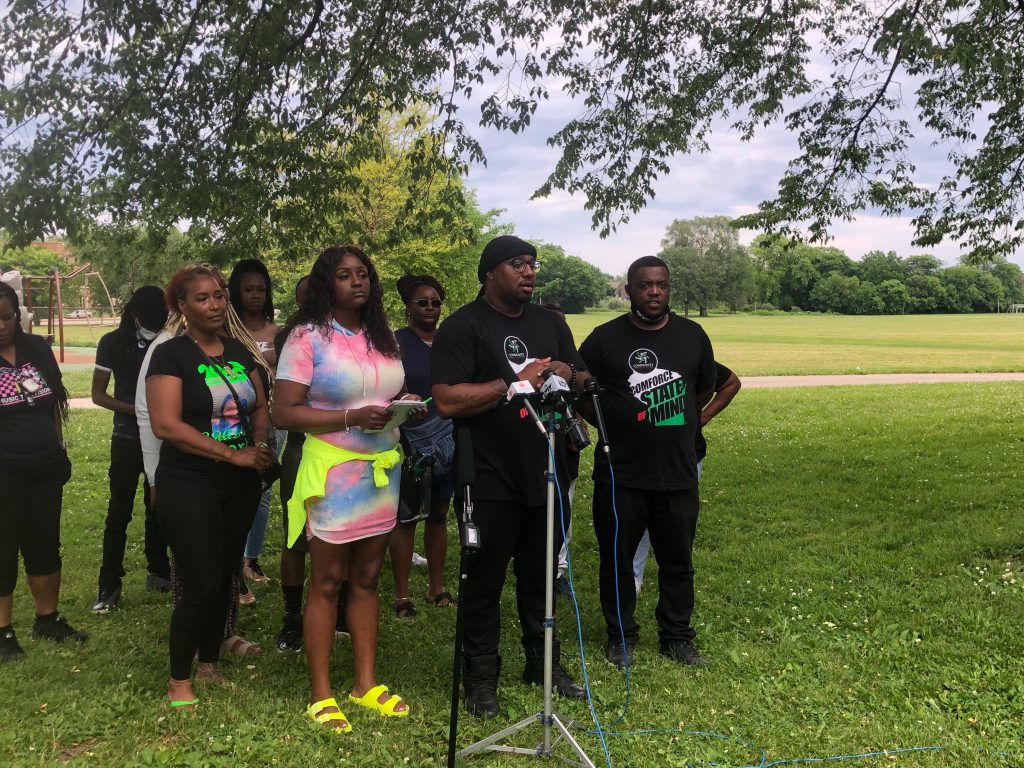 Community organizer Vaun Mayes has been arrested for a warrant violation according to multiple Facebook live videos that captured the arrest.

“He’s just got a warrant, that’s all,” said an unidentified Milwaukee Police Department officer at the scene. The officer, captured by Mayes’ live broadcasting cell phone that was left sitting on a car seat, declined to identify what the warrant was for in the video to onlooker Frank Nitty (see update at end of article).

A video captured by Nitty showed Mayes peacefully exiting his vehicle, parked behind Nitty’s, and allowing the police to place him into handcuffs. The arrest took place on W. North Ave. near N. 51st St.

“That was some bullsh*t. I can get right out, he can’t get right out,” said Nitty. (Nitty was referring to his own arrest, after which he was released with no charge, leaving him complete freedom of movement.) Mayes faces multiple pending federal charges, first filed in 2018, related to allegations that he made and plotted to throw Molotov cocktails at a Milwaukee police station and a West Allis home in 2016 during the Sherman Park unrest. The case has not gone to trial.

Mayes, in multiple interviews with Urban Milwaukee over the past month, has expressed his need to avoid high-risk situations because of the pending federal case. He has maintained his innocence and observers have questioned the charges for his alleged activities of four years ago.

Where were the police taking him? asked Nitty on Monday afternoon. “We can’t comment on that,” said an officer at the scene.

The Milwaukee Police Department’s public information officer did not respond to a request for comment by the time of publication.

“We was trailing each other to a meeting,” said Nitty. “They tried to do the same thing to me last night.”

He accused the police of removing the license plate from his vehicle. “They took my plate so they could pull me over and keep stopping me,” he said. “They already be following me everywhere we go.”

Nitty has been the most visible leader of the protest movement following the killing of George Floyd by a Minneapolis police officer.

“Everyone don’t have to deal with this sh*t, that’s what you don’t understand,” said Nitty, fighting back tears in his video.

Both Mayes, who leads ComForce MKE and Program the Parks, and Nitty are featured in a mural on N. 14th St. that honors the leaders of the Milwaukee protest movement. Nitty said the two were part of a car caravan coming from the mural.

Nitty and Mayes were both present at the incident that resulted in a home at N. 40th St. being burned last Tuesday. Both could be spotted in videos trying to de-escalate the situation. Nitty expressed frustration in his live video with the home being burned. Mayes, who was spotted cleaning up the area the next day, expressed his frustration in an interview that the police didn’t act to prevent people from burning the home.

Mayes told Urban Milwaukee he put out multiple fires in front of the house. His live stream videos, a frequent way Mayes communicates with the public, showed him and others putting out fires near N. Martin Luther King Jr. Dr. in early June at the height of tensions near the Milwaukee Police Department’s District 5 station.

The arrest blotter at the Milwaukee Police Administration building said Mayes was arrested for “burglary party to a crime.” The department issued a press release that said an arrest was made related to the 40th and Lloyd incident, but did not specifically name Mayes. “Criminal charges will be presented to the Milwaukee County District Attorney’s Office in the upcoming days,” said the department in the release.

“Several arrests have been made in connection to these incidents; however, Milwaukee Police continue to seek multiple suspects,” said the department. MPD reiterated that no information has been provided to the department showing that the two missing teenage girls, now reunited with their families, were ever at the residence or that “any foul play occurred at that location.”

CORRECTION: An earlier version of this article said the arrest happened on W. Center St., which Nitty incorrectly identified in his video. The arrest took place on W. North Ave.