Activists Clean Up Around Burned House As Questions Remain 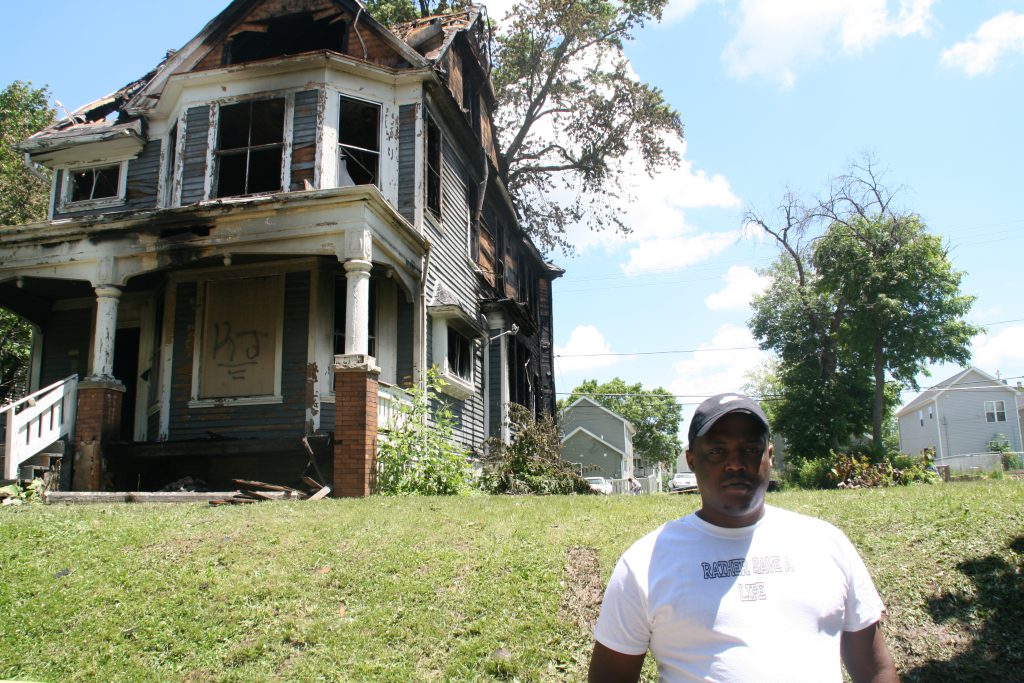 Over 24 hours later, there are still many questions around why certain things happened, or didn’t, at a home at 2120 N. 40th St. What is certain is the home was destroyed in an intentionally set fire, rubber bullets and tear gas were used, a number of people, both police officers and Milwaukee residents, were injured, and that two missing teenage girls have been reunited with their families.

The entire situation reflects the strained relationship between members of the city’s Black community and the Milwaukee Police Department.

Community members are expressing frustration with a perceived inadequate police investigation, and Police Chief Alfonso Morales said Tuesday night during a press conference that the department is not getting the “cooperation we expect from the family [of the teenage girls]” and that the crowd interfered with MPD’s investigation.

Over the course of the day Tuesday a group of several dozen people formed outside the house, believing it was where two missing teenage girls were recently spotted.

Activist Corey Kirkwood, who told Urban Milwaukee he was the first to arrive outside the house early Tuesday morning after learning of a sighting of the girls and seven other children via social media, said he and others approached the house in an attempt to search it.

“The man was on the phone with the police department and said ‘the girls were here yesterday, but they are not here no longer,'” said Kirkwood of an occupant.

The police department searched the dwelling and found no evidence of the girls, or other missing children, according to a statement issued Wednesday.

Kirkwood said the police left the scene and the community was not satisfied with their search.

Kirkwood, activist Martha Freeman and others went to the back of the house when someone inside the home started shooting at them, but no one was hit.

“The police came back out again,” he said.

“There were some people that were removed from the residence,” said Morales. “That investigation as we find out more we will provide it to you.” The end of a three-hour Facebook live video captures multiple people leaving the home under covers.

Kirkwood said a parent showed up and said they were missing two boys. “The community’s upset now,” he said, recounting the situation.

From there the crowd grew and the individuals in the group continued to attempt to search for missing children, even without knowing the identity of the majority of them.

“We found the boys, Levon and Frank,” said Kirkwood. They were found near the house and one ran away according to multiple people interviewed.

Activists Vaun Mayes and Frank Nitty both said people spotted “bloody” shorts in a van parked behind the house. Mayes said people found other evidence in the home, including basement rooms for children that were posted in a real estate listing for the home.

Later, as Nitty walked around live streaming what was happening on Facebook, a couch was lit on fire in the alley behind a neighboring house. Mayes told Urban Milwaukee that at the same time he was working to put out other fires in the front of the house while the police looked on.

While the police moved from guarding the house to addressing the alley fire, individuals set fire to the van and then to the house.

“This is stupid because all of the evidence is in the house,” said Nitty in his live video.

“They proceeded to bring themselves in and get involved when they could have laid back,” said Kirkwood.

Morales said that individuals threw “bricks, not rocks” at officers. He said body camera footage would show the incident.

There is likely to be other police footage available. State Representative Jonathan Brostoff was at the scene earlier in the day and asked an officer why he was filming the crowd with a video camera. A sergeant standing next to the officer gestured at his face when Brostoff asked what the purpose of the camera was. Brostoff told Urban Milwaukee that during the filming the inaudible comment by the sergeant was to say it was for facial recognition.

Nitty kept filming as the police chased the crowd away from the burning house. He captured gunshots being fired at a moving vehicle in his live video as he attempted to help get medical attention for another individual.

The police department said that 10 officers were injured and three people were shot, none by police, during the day-long incident. The Milwaukee Fire Department reported one injury.

Nitty ultimately talked a police armored vehicle into moving and led a large portion of the group away on a march. Kirkwood, who followed Nitty, said the group returned close to midnight. The size of the group at that point is unclear. Kirkwood said he went home around 2 a.m.

The police department reported three of the 10 officers were injured late Tuesday night when the fire was reignited.

What Reaction Did Community Members Want?

“I feel that police failed the community again,” said Kirkwood. “When they came out they should have never left.” He said MPD failed to search vehicles near the house and other properties.

“They didn’t want to talk to nobody when we had information,” he said. “How would you be able to do a thorough investigation when you’re not talking to the community?”

“In any other community the police would have stopped this,” said Nitty in his live video while the fire was spreading.

Kirkwood led a cleanup of the area on Wednesday morning. He was joined by Mayes, Jeramie RiceBey, County Supervisor Sequanna Taylor, Sedan Smith, the brother of Sylville Smith who was killed by an MPD officer in 2016, and others.

He branded the event his second annual “Unite the Hood.”

“That’s what my goal is today, is to bring back unity and community,” said Kirkwood.

By the time Urban Milwaukee arrived at noon the group had created a pile of almost a dozen full garbage bags.

Mayes thanked Alderman Russell W. Stamper, II for organizing supplies from the Department of Public Works to support the cleanup.

What’s next for the house itself? Likely demolition. The city issued a raze order for the property on Wednesday. The property owner has until June 29th at noon to demolish the property or the city could step in and do it, placing charges onto the property tax bill.

Where Are The Remaining Five Children? Do They Exist?

“As of right now we don’t know if there are five more children,” said Kirkwood. “Why would I go out there and search for five people I don’t know nothing about?”

“We cannot search for people that we do not know who we are looking for,” said Mayes.

Where did that number nine even originate? Kirkwood said it came from an individual seeing them being taken out of the house before he was on the scene. Others reported they were placed into a van.

A video circulating online purporting to show the children leaving the house, which activists say occurred that morning, is actually the end of Demetrius Griffin‘s Facebook live video that captured the police department removing people from the property later Tuesday.

The start of the unedited three-hour video shows Griffin questioning an individual if a red van he found on the street was used to move the teenage girls, which the individual quickly denies and Griffin accepts.

Both girls were ultimately found at other locations and reunited with their families. 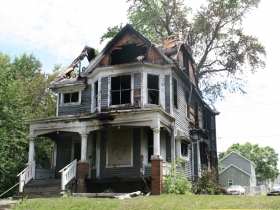 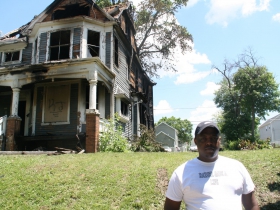 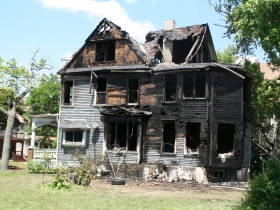 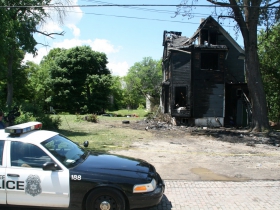 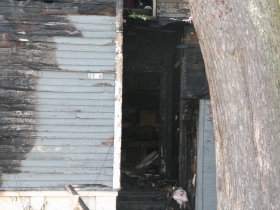 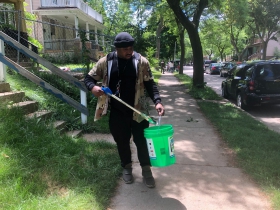