Residents of Burned Home Speak Out

They say they lost everything in the blaze Tuesday. 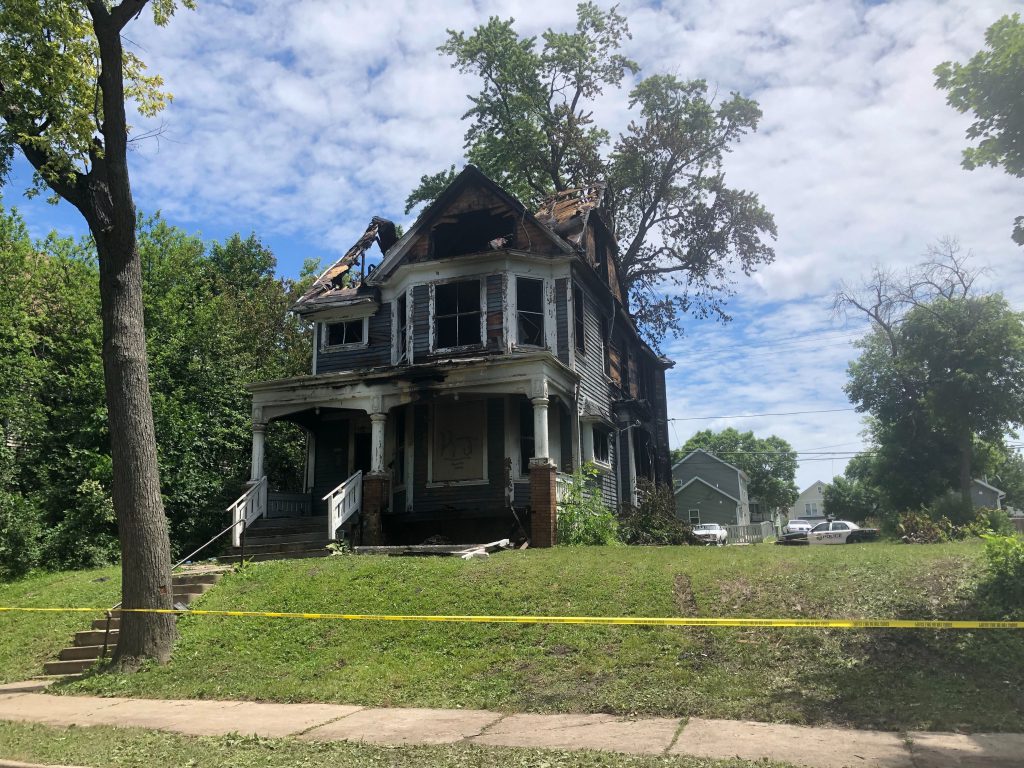 Some of the residents of the home that was burned Tuesday by a large crowd of people are speaking out.

Jaleesa Hall and Jerry Bowie were two people that lived in the upper unit of the home at 2120 N. 40th St. They lived there with Hall’s two-year-old and the father of her children, who they said is Bowie’s cousin.

On Tuesday, Hall was in the hospital giving birth to her latest child, and Bowie was helping his aunt move, he said. Their absence would prove lucky for them.

By Tuesday afternoon, a crowd had formed in their neighborhood that was looking for missing children. Crowd members believed that the children were being held in the house at 2120 N. 40th St. Police were called to the house and searched the residence and left after saying they found no evidence of the children there.

Members of the crowd attempted to break into the home, after police left. Some went around to the back of the house, but were fired upon from someone inside the home. No one was shot.

The police were called back to the scene. Then some in the crowd began to light fires. First it was a couch, then a van the crowd thought was connected to sex trafficking, then the house burned. Two girls the crowd was looking for were found later at other locations and returned to their families.

Hall said she and those she lived with upstairs kept to themselves, so she has “no clue” as to whether sex trafficking was occurring out of the bottom unit. But, she said, as far as they could tell, it wasn’t.

Hall asked where was the proof of sex trafficking: “Ya’ll said this, where’s y’all proof at that this was going on there?”

Hall was released from the hospital Thursday and a patient wristband was still on her wrist as she spoke with media Thursday afternoon. Earlier that morning, Hall had started a Facebook live video from the hospital and said she’s been “crying, stressed, can’t sleep.”

“I should have been resting when I could, while I’m in the hospital,” she said ” And I can’t.”

She learned her home had been burned down after seeing it on the TV in her hospital room.

“I just had a baby,” she said to the press later in the afternoon. “We was innocent and we lost everything.”

Bowie said he wishes people would have realized that when the house burned, they were destroying everything that belonged to “innocent people that had nothing to do with nothing.”

In both her Facebook Live video and while speaking with the press, Hall expressed frustration that her home was burned based upon what she believes was nothing more than rumors. “People making assumptions, it’s a lot of confusion, a lot of silly stuff in the mix,” she said.

Many rumors and allegations related to the house have traveled on social media. “Y’all watching Facebook more than the news,” Hall said during her Facebook live.

Hall is only thankful that she wasn’t there when it happened. “I really am cause it could have been worse.”

Hall said she wishes the police would have been able to protect their home. “Definitely could have been more police, to stop it,” she said.

After the home was set on fire, police used pepper spray, smoke, tear gas and rubber bullets to clear the crowd to make room for the fire department to get to the house to battle the blaze.