By Isiah Holmes, Wisconsin Examiner - Nov 14th, 2021 02:02 pm
Get a daily rundown of the top stories on Urban Milwaukee 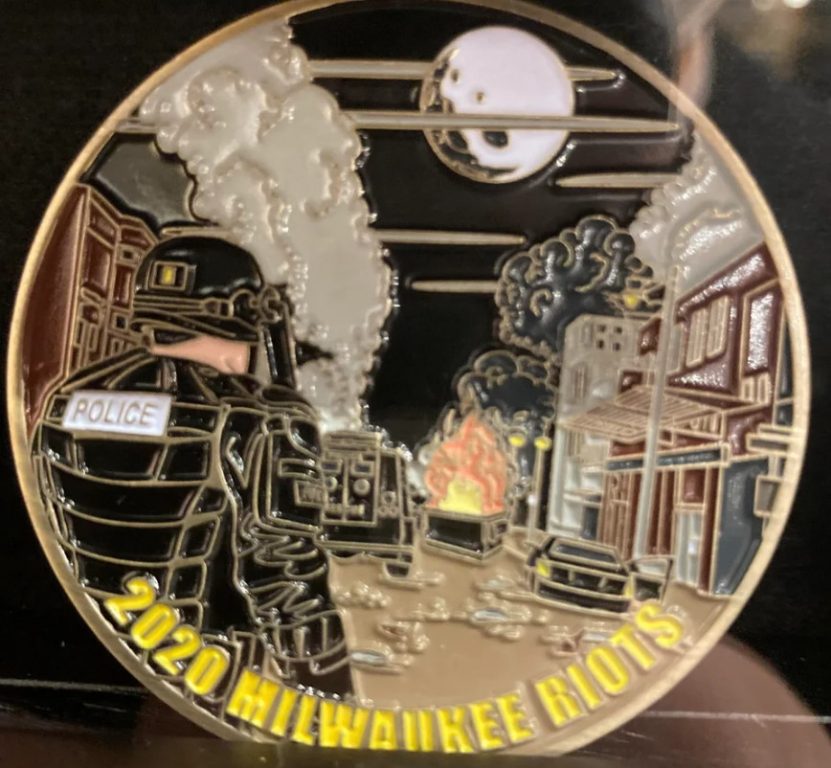 An image of the challenge coin which appeared on Reddit. Screenshot from Reddit/Wisconsin Examiner.

The Milwaukee Police Department (MPD) is investigating whether an “inappropriate” civil unrest challenge coin was distributed within the department. Images of the coin have been distributed online, with the department confirming with Wisconsin Examiner the authenticity of the coins. Normally considered a military tradition, challenge coins are often custom-made medallions produced to commemorate a particular event or accomplishment.

Images of the coin were circulated on the website Reddit, in the r/Milwaukee sub-Reddit. In a statement to the Wisconsin Examiner MPD said it, “is aware of an inappropriate challenge coin that has been attributed to MPD. MPD did not authorize the creation or design of that challenge coin and is investigating its origin, including whether it involves any of our members.” 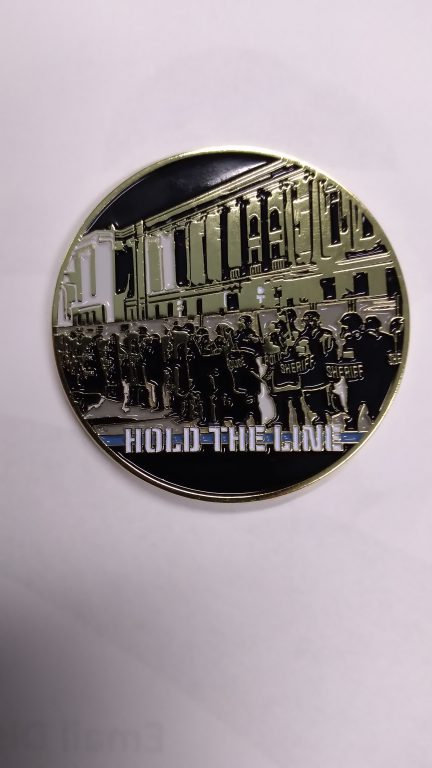 Challenge coins created following protests and civil unrest last year have been found in several departments nationwide. In Kenosha, both the city police department and county sheriff’s office created challenge coins after the unrest that followed the shooting of Jacob Blake last August. Kenosha’s coins featured prominent thin blue line imagery. One of the coins depicted a riot line of officers standing over the words “hold the line” with a blue line in the background. The thin blue line has been used in pro-law enforcement flags and merchandise, and is sometimes associated with the so-called “blue wall of silence” among police officers.

Unlike Kenosha’s challenge coins, those attributed to MPD don’t appear to have been officially condoned by the department. The coin depicts an officer in riot gear looking on as an armored police vehicle advances on a burning dumpster. In the background, a large moon looms in the sky. The coin reads, “2020 Milwaukee riots.” Over 400 days of protest occurred in the Milwaukee area last year, following the killing of George Floyd in Minneapolis. Although property damage did occur during some nights of curfew, the vast majority of protests were non-violent and peaceful. In October, MPD walked back its earlier claims that Molotov cocktails were thrown at officers during the summer, which resulted in police using tear gas and rubber bullets on protesters.