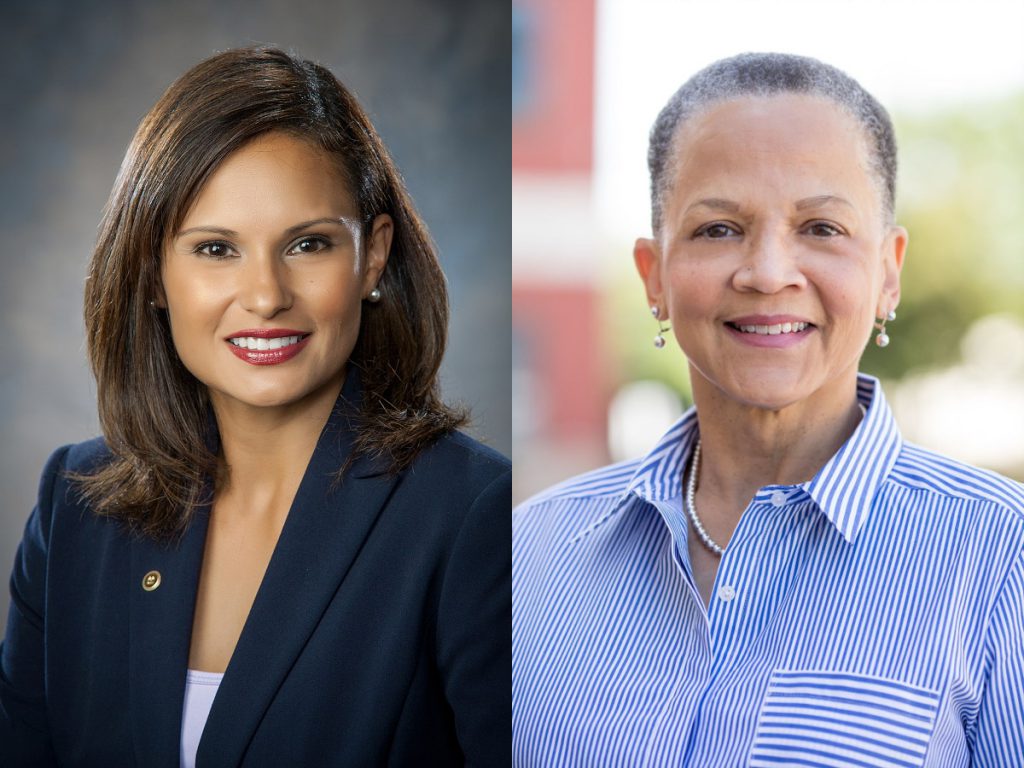 Raquel Filmanowicz will serve as the Milwaukee 2020 Chief Executive Officer. She’ll take a leave of absence from her job as Director of U.S. Community Giving for BMO Harris Bank to lead the convention effort. Prior to joining BMO in 2012, Filmanowicz spent a decade at the Milwaukee Health Department rising to the position of health operations administrator overseeing operations in three different divisions. Her role with Milwaukee 2020 will place her in charge of fundraising, volunteer recruitment and venue organization.

Paula Penebaker who retired as head of the YWCA at the end of 2019 after 20 years, will join the host committee as Chief Operating Officer. She will be responsible for managing the host committee staff, based out of the Milwaukee Center office building.

Filmanowicz and Penebaker are both women of color, emboldening a public commitment by host committee officials to run the most inclusive convention in history.

They will replace Liz Gilbert and Adam Alonso who were terminated February 4th as part of an investigation into a “toxic” and “unstable” work environment. An anonymous group, known as the “senior women from the host committee,” sent a letter to the committee’s board on January 30th detailing issues of bullying and intimidation by Alonso and inaction by Gilbert.

The non-partisan host committee’s primary task is raising $70 million to host the convention, but the organization is also recruiting 15,000 volunteers and directing a number of contracting and community engagement efforts. The convention itself will be led by a separate entity affiliated with the Democratic Party, the Democratic National Convention Committee.

“Raquel Filmanowicz and Paula Penebaker are an ideal team to lead the Host Committee because they both bring records of accomplishment, an understanding of our community, and a love for Milwaukee,” said host committee co-chair Mayor Tom Barrett in a statement. “I applaud them for their willingness to take on this huge task, and I know they are eager to get to work. They have my enthusiastic support.”

“These highly-respected civic leaders have served the Milwaukee community well for decades and will no doubt successfully lead the Host Committee as we prepare for this historic moment in July,” said Barrett’s fellow co-chair U.S. Representative Gwen Moore.

Filmanowicz, 45, and Penebaker, 67,  both have served in a number of board positions with other Milwaukee organizations. Filmanowicz serves as board chair for the Hispanic Professionals of Greater Milwaukee and was appointed to the board of the Wisconsin Center District in 2018 by Barrett. Penebaker currently serves on the board of Milwaukee World Festival and previously served on the boards of the Rotary Club of Milwaukee, Public Policy Forum and Milwaukee County Federated Library System.

“Raquel always has a great deal of energy and positivity. She is outgoing, intelligent, and a hard worker. The Host Committee could not have found a more perfect candidate who will help Milwaukee shine,” said United Community Center Executive Director Ricardo Diaz. “She is a great asset to the city who can now showcase that on a national stage. Congratulations to Raquel for this wonderful opportunity.”

“I’ve had the privilege of working with Paula since the 1990s, and there is no one with a greater sense of equity, justice, and fairness,” said Mary McCormick, Executive Director of the Rotary Club of Milwaukee. “She is not only level-headed and focused on outcomes; she also inspires her colleagues to be their best selves and produce their best work. Paula is a great asset to Milwaukee, and she will be a great asset to the Milwaukee 2020 Host Committee.”

In addition, the board announced that Democratic party veteran Teresa Vilmain, former Barrett aide Phil Walzak and former Moore aide Shirley Ellis will work as senior advisors to the host committee. All three were previously working on the convention.

The board has not said whether it will release the findings of its third-party investigation.

The convention comes to Milwaukee in 135 days. The convention will be held from July 13th through 16th. Penebaker and Filmanowicz formally start on Monday.