What did we learn? The results versus 2016. And the coming ad blitz and voter turnout. 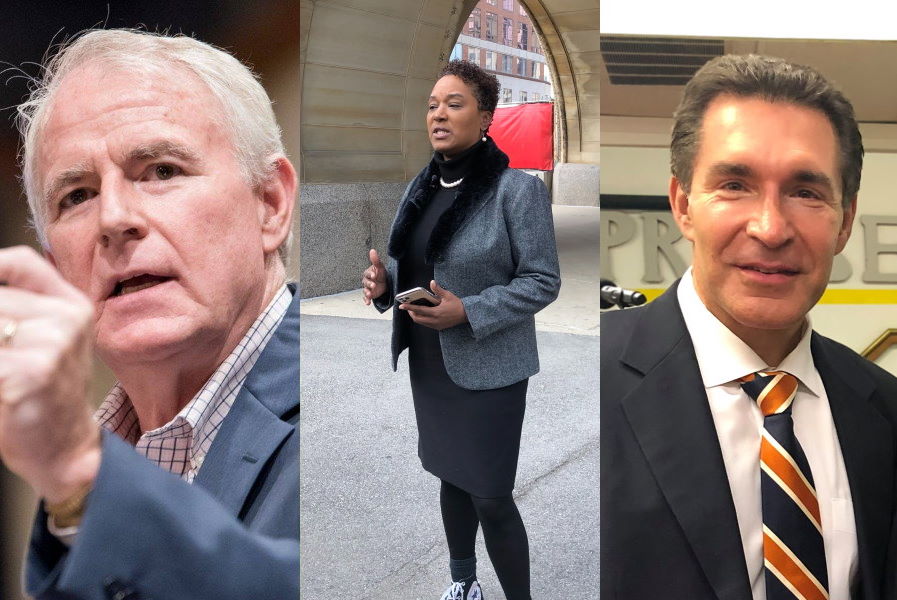 Tuesday’s Wisconsin Spring Primary election set the stage for what is shaping up to be one of the most hotly contested April elections in recent Milwaukee history.

Beyond the Presidential Preference Primary, ads for which will soon dominate Wisconsin airwaves, results from Tuesday’s election show that at least four major races will be competitive over the next six weeks.

What did we learn Tuesday?

1. Comptroller and City Attorney Go From Boring to Toss Ups

The Comptroller race, where deputy comptroller Aycha Sawa (30 percent of the primary vote) faces state representative Jason Fields (43 percent), is a toss up at this point. Expect to hear a lot about experience, bankruptcy (Fields filed in 2016) and drunk driving in the coming weeks (Fields has two OWIs) and don’t be surprised if this campaign ends up getting pretty ugly.

The City Attorney race could be even more competitive. Tearman Spencer scored a primary win with 39 percent of the vote over Grant Langley, who has held the office since 1984, pulling in only 32.5 percent of the vote. If Langley is able to pull in the 27.5 percent of primary voters that went with his good friend Vince Bobot, he’ll squeak out a win. But to get there he’s going to have to do something he hasn’t had to do in a long time: spend a lot of time campaigning.

State senator Chris Larson again finds himself in a competitive race for Milwaukee County Executive where incumbent Chris Abele is likely to outspend him. But Abele’s name won’t appear on the ballot this time.

The race between Larson and state representative David Crowley will be extremely competitive based on Tuesday’s results. Larson won the primary, but with only 36 percent of the vote to Crowley’s 34 percent.

As he did in 2016, Abele appears poised to spend big, but this time in favor of Crowley over himself. Get ready for the campaign ads.

3. Taylor vs Barrett Will Be Far From Barrett vs Donovan

While Donovan effectively ran to the right of Barrett, talking crime and streetcar (more on that later), Taylor is a wild card. Yes, she’ll talk about crime and the streetcar, but she’s also going to seek out a number of campaign positions that will appeal to Milwaukee’s heavily black north side. That’s something Donovan, a product of the city’s historically white south side, never attempted.

With changing demographics in the city resulting from dropping the residency requirement (which has already become an issue in the campaign), Taylor could end up faring better than Donovan who lost 30-70 to Barrett.

If Taylor’s “Real State of the City” speech and press conferences have taught us anything, this is going to be an interesting election even if it doesn’t end up being that close. Get your popcorn.

4. More Than Twice as Many People Will Vote in April

Don’t try to extrapolate too much from February election, because more than twice as many people will vote in the April general election. The big draw on the ballot will be the Presidential primary, led by what continues to be a highly competitive Democratic Party race.

Consider the City of Milwaukee. In 2012 the number of voters nearly doubled from the primary to general when neither party had a competitive Presidential primary. In February 2016 66,021 people voted, a total that grew to 167,765 in April when both major parties had contested primaries. Yesterday 67,386 voted.

The voters are coming, and they will undoubtedly influence the close races.

5. Black Officials Could Hold Every Citywide Office for the First Time

For the first time in Milwaukee’s history, black Milwaukeeans could hold every citywide office. For a city with a black population in excess of 40 percent, it would mark a dramatic departure from the stark reality that Spencer Coggs is the only black official to ever win a citywide office (excluding municipal judges) and it just happened for the first time 2012.

Taylor is on the ballot for Mayor, Spencer for City Attorney, Fields for Comptroller and Coggs and Brandon Methu for Treasurer. And Crowley would be the first elected black Milwaukee County Executive.

Based on the number of large signs placed across the city, Bobot seemed like the most popular candidate running for City Attorney. Gas stations and convenience stores had large Bobot for Attorney signs, in large part due to Bobot serving as an attorney defending troubled licensees before the Common Council. But Bobot’s yard signs can’t vote, and often enough neither can their owners.

Take the BP gas station at E. Becher St. and S. Kinnickinnic Ave. It displayed a large Bobot sign for months, but the owner is a resident of Brookfield. Bobot came in third.

We warned you that the ballot would be long, breaking our regular election preview into eight stories. But over 19,000 county residents still went to the polls without an opinion on a race and simply declined to vote in it.

Take the case of the Circuit Court judicial race for Branch 5. Zach Whitney came in third with 30,453 votes, missing a chance to advance to the general election by 4,242 votes and missing winning the primary by 7,437 votes.

But 19,262 of the 123,285 Milwaukee County voters simply didn’t vote in the race, 10,453 in the city alone. Would more campaigning to likely voters have pushed Whitney over the edge? It’s a question worth testing as undervoting routinely influences races.

8. The Streetcar is Far Less Controversial Than You Think

Since The Hop was first approved in 2011, not a single streetcar supporter has lost a race to a streetcar opponent.

Continuing the trend into 2020, Tony Zielinski finished a distant third in the mayoral race, with Taylor nearly doubling his vote total and Barrett more than tripling it. The Bay View alderman had made opposition to the streetcar a central point of his campaign, bashing it when he first declared in November 2017 and continuing that with large mailers in the run-up to the primary.

But that failed to sway voters, similar to what Donovan experienced with his mayoral bid in 2016.

Just as Donovan did, Zielinski made crime a central issue of his campaign, but it had little impact. Taylor has also staked out that position,  and might get somewhere with the issue, but Barrett has touted improving crime numbers repeatedly in recent months. Can Taylor convince voters she will do better? We’ll see.

And more on the election, check out Bruce Murphy‘s column on 14 Election Winners, Losers.

One thought on “9 Election Takeaways”