Beyond the ballot totals, behind the scenes, who were the other election winners and losers? 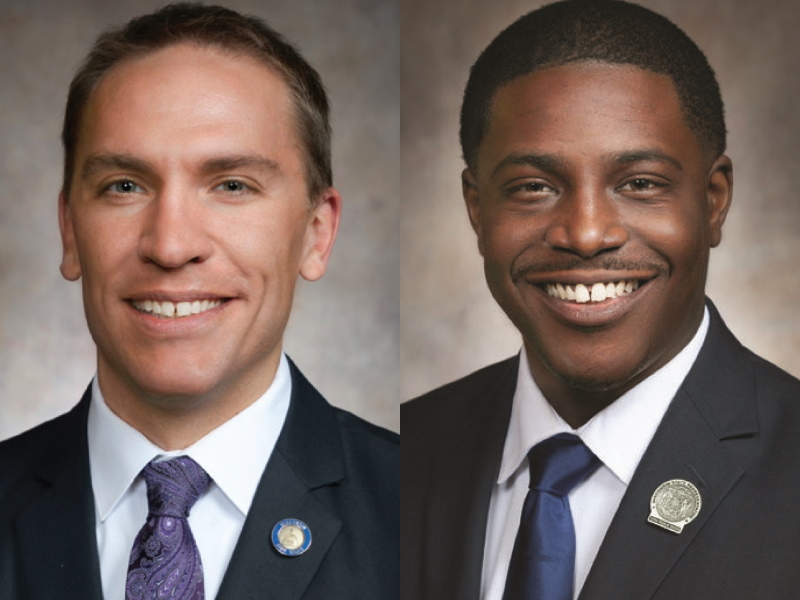 If you haven’t already, you’ll find the Spring Primary’s vote totals and winners in our story by the indefatigable Jeramey Jannene, along with his nine takeaways on key trends in the election.

And here is our always frank round-up of the other winners and losers; beyond the ballot results, who is up and who is down? The envelopes please:

Winner: African American candidates: Arguably the biggest trend of the election, as four black candidates took either first or second in city-wide or county-wide races. Led by perhaps the night’s biggest surprise, the first place finish of Tearman Spencer in the race for City Attorney, others also did well, with Jason Fields taking first by a big margin for city Comptroller, David Crowley finishing second and just a tick behind Chris Larson in the race for Milwaukee County Executive and Lena Taylor, in the night’s other big surprise, finishing far ahead of Tony Zielinski (though well behind incumbent Tom Barrett) in the race for mayor.

Loser: Tony Zielinski’s War Chest: The Milwaukee alderman claimed he had a campaign chest of more than $500,000, which was probably 12 times more than Taylor spent. But much of that war chest was money Zielinski loaned himself and probably never spent. Yes, he did bus ads throughout the city and several literature drops to homes (he claimed there would be six but I only got three or four at my house), but I doubt he spent anywhere near a half million on this campaign.

Winner: Lena Taylor’s shoe leather: Her campaign was announced late and she didn’t have much money, but she went into it with good name recognition from her long tenure as state senator and 2008 run for county exec, and made clear what her key asset would be: “I’m going to wear out some Converse,” she said, showing off her white Converse shoe from behind the podium. Taylor did hustle in a campaign that often seemed improvised on the fly, and you can expect more to come, offering herself as the candidate of change against a long tenured incumbent. Barrett would have preferred a race against Zielinski.

Loser: Nonpartisan Supreme Court races: The loser in the primary for Supreme Court was Ed Fallone, a legal scholar and Marquette University Law School professor, who not so long ago would have been the kind of candidate you’d see elected to the court. Now you have to run as either a deep-blue liberal or deep-red conservative and challenger Jill Karofsky, based in the state most’s liberal city, Madison, sometimes feels like she’s running against Donald Trump. As for Justice Daniel Kelly, the conservative appointed by Republican Gov. Scott Walker, he talks about objectively following the law while voting to approve anything the Republicans and conservative interest groups want. Meanwhile the reputation of Wisconsin’s high court continues to decline.

Loser: Theo Lipscomb’s Election Challenge: His challenge of the nomination papers of candidates Jim Sullivan and Bryan Kennedy was legal, but resulted in less choice for voters. It also made Lipscomb look nasty and probably hurt his cause, while helping Crowley rise to a second-place finish.

Winner: Chris Abele: The retiring county executive went from backing Sullivan to backing Crowley and was all in: His Leadership Milwaukee third party group spent $240,000 on Crowley, who ran neck and neck against Larson in a race many thought the latter would easily win. Since Crowley was in Madison for a legislative session last night it was Abele who was interviewed by Channel 12 at Crowley’s victory celebration, and Abele noted that Crowley would have a much better chance of lobbying the state for more aid to counties. “There’s no one in Madison who doesn’t like David Crowley,” Abele declared.

Loser: Streetcar Haters: Just as Bob Donovan got nowhere in 2016 attacking Barrett on the streetcar, Zielinski’s harping about The Hop didn’t get him many votes, finishing well behind Taylor, who didn’t make that a central issue.

Winner: Candidates From Outside the District: Geographically speaking, was there any race weirder than for Milwaukee County Circuit Court? Incumbent Paul Dedinsky and his family had lived in Waukesha County for more than 20 years, but after Walker appointed him to the position in late 2018, he moved officially to his parents’ home in Whitefish Bay while the wife and kids continue to live in the Waukesha home. Meanwhile, challenger Brett Blomme‘s husband and two children live in Dane County, but Blomme claimed as his residence a home the gay couple owns near 68th and Burleigh streets. The only candidate who is really truly a county resident, Zach Whitney, called the other two “carpet baggers.” Whitney lost.

Loser: Term Limits: Many voters weren’t alive when Grant Langley first took office as City Attorney in 1984 and he is now making his 10th run for that position. Next to that Tom Barrett is a city politics newcomer, running for his fifth term, which would give him 20 years as mayor, just half of what Langely is seeking for his position.

Winner: Third party group endorsements: Is there any state, county or hamlet in America that isn’t push around by Koch money? The conservative, fossil-fuel-loving, Koch-funded Americans for Prosperity backed Kelly for the Supreme Court and Republican Tom Tiffany for Congress (along with the NRA) and both won. Then there was Larson, who seemed to have the endorsement of every liberal advocacy group on the face of this county, which helped him take first for county exec.

Winner: Vision statement: Barrett was loaded for bear when the TV reporter asked him what the election would be about: about all the jobs created in the city on his watch, the decline in violent crime, efforts on early education and renewable energy, he went on, suggesting the mayor’s vision goes on forever.

Loser: Vision statement. And when the TV reporter asked Larson what the race would be about, he said not one word about any county policies or programs, instead touting the fact that all the groups in town were backing him.

Loser: Candidate Indecision: To run or not run, that is the question. Vince Bobot is the Hamlet of Milwaukee elections, pulling out of his planned campaign in 2016 because he didn’t want to run against his good friend, Grant Langley, for City Attorney in 2016. Then after Spencer announced his run for this election, Bobot jumped in the race, only to declare he wouldn’t attack Langley before sort of doing it anyway. Bobot lost, just like Hamlet did. Meanwhile, longtime incumbent Langley dithered about whether to run for reelection, letting a consensus arise that he was retiring and then belatedly announcing his run in December. He may never recover from that indecision.

Winner: People’s Candidates: Taylor hammered home the idea that she was the people’s candidate versus the well-funded Barrett as the candidate of the wealthy. Larson is already warming up that theme, declaring that a “large outside group is not going to buy your vote,” an obvious slap at Abele’s backing of Crowley. Abele’s money could be a double-edged sword, either helping Crowley win, or creating a backlash from voters. Either way, it might be the decisive factor in the election.