MILWAUKEE, WI—While the 2020 Democratic National Convention will be different in look and feel this year, Milwaukee and Wisconsin will be featured throughout convention programming and beyond, as the Democratic National Convention Committee (DNCC) announces Wisconsin speakers and unveils the design of the convention’s official commemorative credential, which will be sent to delegates nationwide.

On Monday night, Congresswoman Gwen Moore will deliver remarks. On Tuesday, Convention Co-Chair and Milwaukee Mayor Tom Barrett will call the convention to order and Milwaukee native and Convention Secretary Jason Rae will direct the Roll Call vote across all 50 states and 7 territories from the Wisconsin Center. Lieutenant Governor Mandela Barnes will lead the Wisconsin delegation in offering the state votes to nominate Vice President Joe Biden as our next president. On Wednesday, Wisconsin Governor Tony Evers will help kick off the third evening of programming. Senator Tammy Baldwin will deliver remarks on Thursday evening.

Members of the Wisconsin delegation announced today join a lineup of inspiring Americans from all walks of life participating in the convention and sharing their stories, including several Wisconsinites. 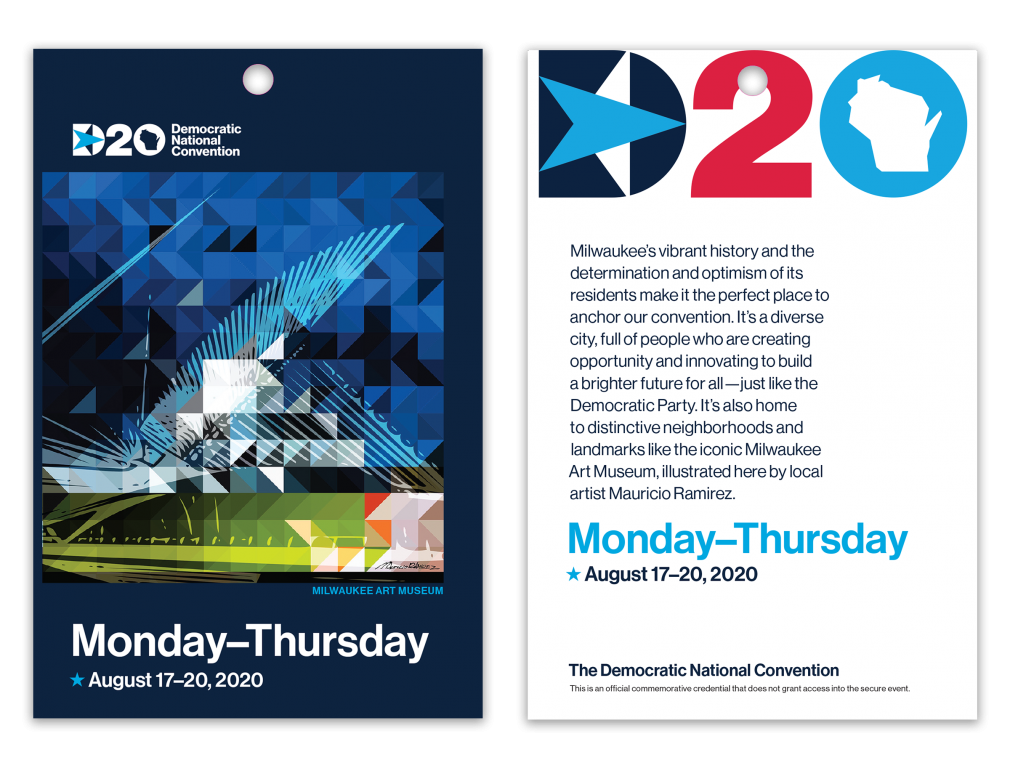 The DNCC commissioned Mauricio Ramirez, a member of the Milwaukee art scene, to design the credential’s artwork. The credential features the internationally-renowned Milwaukee Art Museum, the largest art museum in Wisconsin and one of the city’s most distinguished landmarks.

“Whenever I create a piece that represents Milwaukee, I want to make sure it includes our landmarks, architecture and culture, and the Milwaukee Art Museum was one of those places that really represents all of these features of our city,” said Ramirez. “It’s a great feeling to put our best foot forward as a city through this art, and to know that delegates participating across the country will receive something that shows the soul of Milwaukee.”

“We are honored and thrilled that Mauricio Ramirez selected the Milwaukee Art Museum to represent our vibrant city for the upcoming convention,” said Margaret Andera, interim chief curator and curator of contemporary art of the Milwaukee Art Museum. “His striking depiction of our Santiago Calatrava–designed Quadracci Pavilion showcases Milwaukee’s dynamic energy, its architecture and culture—all things that make us proud to call our city home.”