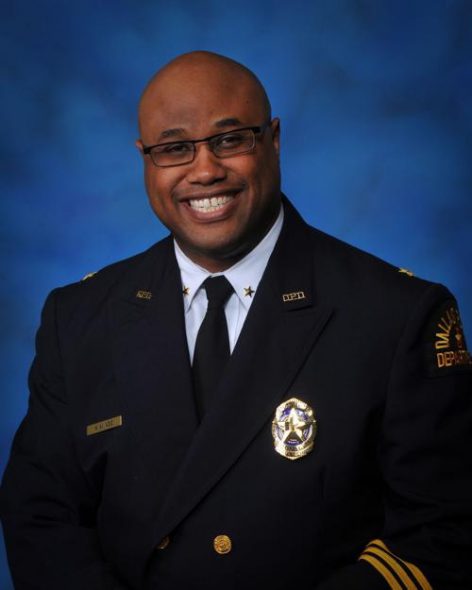 Milwaukee might get a new police chief some day, but it won’t be Malik Aziz. It’s just the latest twist in a saga that has involved lawsuits, tie votes and surprise resignations.

Aziz, a major with the Dallas Police Department, was named chief of a Maryland police department last week. He was one of three finalists to be Milwaukee’s top cop.

He’ll now lead the 1,500-officer Prince George’s County Police Department. The county, which borders Washington D.C. and has approximately 900,000 residents, is the largest African-American majority county in the country.

But Mahaley isn’t a shoo-in to be selected now. The commission, with membership in flux, has paused the search while legal issues surrounding its August demotion of Police Chief Alfonso Morales are resolved. A Milwaukee County Circuit Court judge ruled that Morales wasn’t given his due process rights and restored his appointment. He’s expected to receive a cash settlement with the city.

The search deadlock comes as the commission’s makeup has repeatedly changed. Amidst a string of controversial meetings to ratify the chief selection process, Commissioner Raymond Robakowski resigned unexpectedly in October setting up a potential tie. Then Amanda Avalos was confirmed as a new seventh member in January. Steven M. DeVougas, facing an Ethics Board inquiry, resigned in February bringing the membership back to six. DeVougas was a Mahaley supporter, while Avalos hasn’t publicly stated her position.

Yet another issue looms as Ann Wilson, serving on an expired term since 2018, was rejected for reappointment last week by the Common Council. The move doesn’t immediately remove her from the commission, but does add another hiccup to a messy process.

All of the uncertainty regarding the formal search could benefit Acting Chief Jeffrey Norman. Eliminated as a finalist for the permanent job when the commission narrowed the field from six to three, Norman became acting chief in December following the retirement of Michael Brunson.

Multiple Common Council members, including president Cavalier Johnson, called on the commission to pause the search and allow Norman to use the acting post as an on-the-job trial. “With 25 years on the force and a background as an attorney, he has risen through the ranks and served admirably as a district captain and then an assistant chief prior to being named acting chief. His support within the community speaks for itself, and I have no doubt that Acting Chief Norman will succeed in this role,” said Johnson in a January press release.

Norman, the lone internal finalist for the job, is making the most of his opportunity.

Get a daily rundown of the top stories on Urban Milwaukee
The acting chief has appeared at a number of community events and, in early March, created a new Traffic Safety Unit to address reckless driving and speeding. The latter is drawing a buzz, with social media accounts of speed traps emerging and television stations going for ride-alongs with the 20-member unit.

Morales meanwhile now faces a new lawsuit. Seven former civilian department employees filed suit in February 2021 that the former chief either fired them or forced them to resign on February 22nd, 2019, denying them their due process rights and violating the police department’s standard operating procedures. The individuals were retired sworn officers rehired as civilian police services specialist investigators. They are seeking lost wages and benefits.

A demand that Morales explain the termination of those seven employees was among the 11 directives the commission gave Morales before demoting him in August.