In process of hiring police chief, the commission is now without an executive director and tie-breaking commissioner. 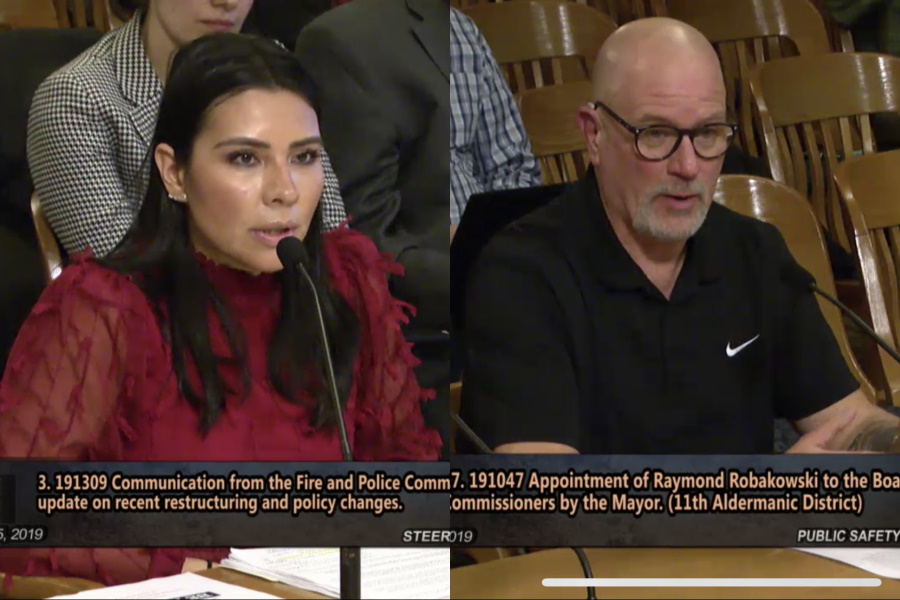 Griselda Aldrete and Raymond Robakowski. Images from the City of Milwaukee.

Milwaukee’s Fire & Police Commission continues to be an unstable place.

Executive Director Griselda Aldrete, who pulled out of a necessary confirmation process in July when it appeared the council might reject her reappointment, previously said she was staying in her position until her replacement was found.

But no replacement is in place, and Aldrete’s last day of work is Friday. She submitted her resignation this week.

Aldrete has held the job since September 2019, coming aboard as a highly regarded candidate before clashing with the Common Council on multiple occasions. When she took the position she was the third executive director in a three years.

The mayoral appointee manages the independent commission that is in charge of policies, hiring, firing and discipline for the city’s public safety departments. The executive director both oversees the full-time staff as well as serving as the secretary for the appointed board. For much of her tenure approximately half of the commission’s 28 funded positions were empty.

When will a replacement come?  “We have winnowed out the candidate pool,” Barrett said Friday afternoon. “I will begin interviewing them next week.”

“My plan is to get a recommendation to the council probably around Thanksgiving,” he said. “I am very thankful for the work she’s done. As you all know that’s a very tough job.”

Who will lead the commission’s full-time staff in the mean time? Barrett didn’t name a specific individual. “The office will be managed internally,” he said.

But Aldrete’s resignation isn’t the only resignation the commission faces. Comissioner Raymond Robakowski also is resigning.

Robakowski, a former police officer, was appointed in December 2019 and immediately provided the needed second for procedural motion advancing a special meeting to give Morales a full four-year term. By August, Robakowski was one of the vocal leaders in the unanimous move to demote him.

His resignation will leave only six members on the commission. Barrett has already faced criticism for not filling the board with the state-permitted nine members.

Robakowski’s resignation also sets up the potential for a tie vote on who the next police chief should be. The board has narrowed the field to three candidates.

At a recent meeting on the search process, Robakowski called board chair Nelson Soler a dictator while another member described the meeting as “chaos.”

Aldrete, asked to read an item into the record, interjected to state that she was not influencing the process while Soler, participating virtually, repeatedly called her “out of order.”

Another commissioner, Steven M. DeVougas, is the subject of an ethics investigation.