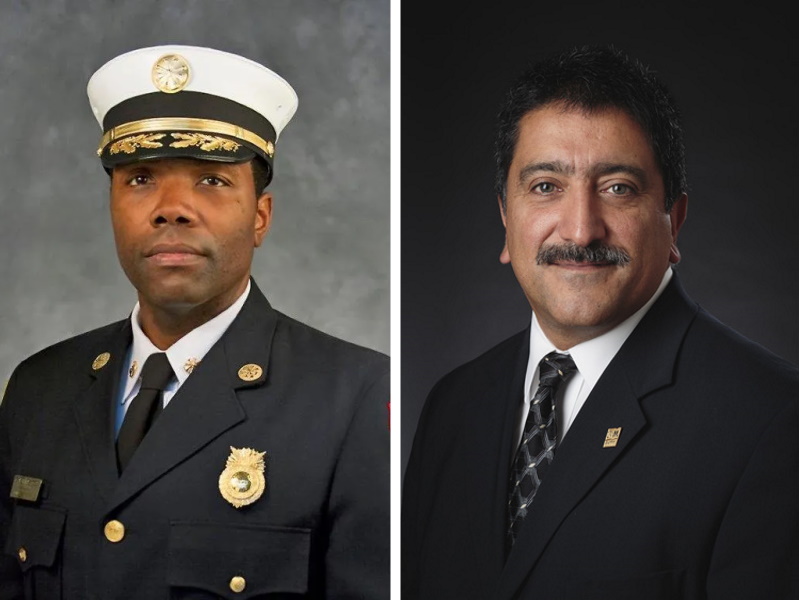 The Fire & Police Commission, the oversight body for Milwaukee’s public safety departments, is bigger than than it ever has been.

The commission has oversight of the hiring, firing, discipline and policy setting for the police and fire departments. Commissioners serve in a part-time capacity, earning $6,600 per year for participating in regularly-scheduled, evening meetings. They are appointed for a five-year term.

Both of the new members are lifelong Milwaukee residents. “I know my city and I want to help [MPD] move forward,” Burgos said at his Sept. 9 confirmation hearing.

“I have a love for this city. I hear, I see, I have an understanding of the challenges,” said Washington.

Despite being formally retired from Milwaukee’s public safety departments (Burgos after 33 years and Washington after 27) both are still remarkably active. Washington is a suburban fire chief and works with GovHR to help hire fire chiefs in other cities. Burgos is a lecturer at UW-Milwaukee’s Helen Bader School of Social Welfare, board president of the Wisconsin Hispanic Scholarship Foundation, board member of the National Latino Peace Officers Association and head of security for Mexican Fiesta.

Get a daily rundown of the top stories on Urban Milwaukee
FPC Executive Director Leon W. Todd, III, who serves as the commission’s non-voting secretary and leads a full-time staff that serves the commission, praised Burgos and Washington for being “immensely qualified.”

Their appointment comes just after another member resigned. Joan Kessler, a retired state appeals court judge and U.S. attorney, was appointed in 2021 as part of a three-member-appointment to overhaul the then-troubled commission. She resigned earlier this month for undisclosed personal reasons, but drew strong praise from her fellow commissioners.

With the two new members, the commission has eight members for the first time.

The Wisconsin Legislature increased the maximum size of the commission to nine members about a decade ago, but Tom Barrett never appointed a full complement of members. The pace at which Barrett nominated people drew repeated criticism from Common Council members.

Washington and Burgos are the second and third nominations Mayor Cavalier Johnson has made to the commission. While serving as acting mayor, he successfully appointed Bree Spencer, who was confirmed in 2022. She replaced retired firefighter Everett Cocroft, who relocated to Las Vegas.

Only a single board member, Fred Crouther, remains from the botched demotion of police chief Alfonso Morales. The city paid approximately $600,000 in a legal settlement as a result. Crouther’s term expires in 2024.

Johnson, as part of a broader public safety plan, committed to filling the commission with nine members. But how soon he will appoint a ninth member is unclear. Administration officials have previously said it is the most complicated part-time appointment the mayor makes because of the lengthy background check required and the difficulty of finding individuals with the willingness and skillset to serve.