DNC Delegate Welcome Party To Be Held at Summerfest Grounds

Delegates and guests will be treated to lakefront experience night before convention opens. 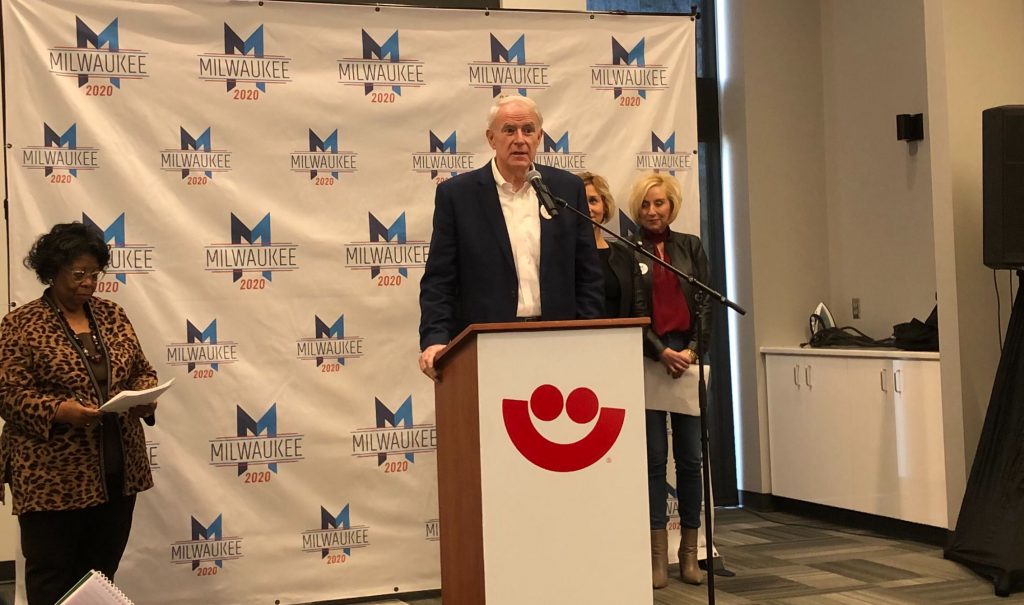 The Henry Maier Festival Grounds will be the place to be on July 12th.

The Democratic National Convention’s delegate welcome party will be held at the lakefront festival grounds. The party, held the night before the convention opens, will be open to the approximately 6,000 delegates and their guests.

But Friday’s press conference was upbeat. “We really love a great party in Milwaukee,” said Summerfest chief operating officer Sarah Smith Pancheri. Guests will be on the grounds shortly after “the Big Gig” ends. The annual music festival is scheduled to run from June 24th through July 5th this year.

Barrett fielded questions after the brief press conference, emphasizing that he was looking forward, not backward. “If anything, what this has done is brought the team more closely together,” said the mayor. He said a decision on whether the findings of the ongoing investigation would be made public was up to the organization’s five-member board.

The Mayor said he wasn’t concerned about the investigation’s impact on fundraising. “We are actually ahead of where other communities have been,” said Barrett.

The party is one of the key responsibilities of the local host committee, in addition to fundraising to host the convention, securing 15,000 volunteers, hosting a welcome party for media members and a post-event volunteer party.

The convention will be held from July 13th through 16th.