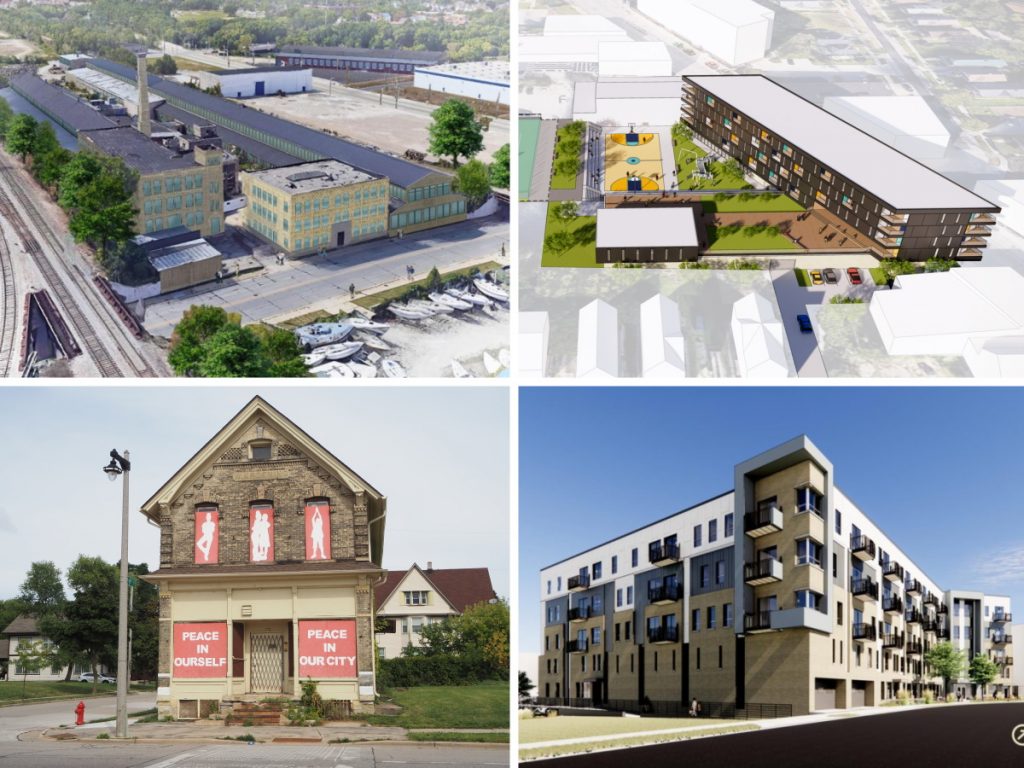 The Federal Home Loan Bank of Chicago announced 49 affordable housing projects in Wisconsin and Illinois will receive a combined $29.2 million in grant funding. That includes seven projects in Milwaukee.

The funding, which is often paired with larger funding sources to advance a project, is awarded as a grant. FHLBank Chicago, a federal government-backed, membership-based institution, contributes 10% of its annual net earnings to housing programs.

Winning projects include Bear Development‘s redevelopment of the Filer & Stowell complex in the Harbor District. That project, 147 E. Becher St., is ultimately intended to include 300 units of housing, but the $1.8 million award from the bank will support redevelopment of the first two buildings totaling 139 units. The funding will come via First American Bank and be provided to project nonprofit partner CDA Housing Inc.

Financing packages for affordable housing projects in Milwaukee have been described as a “lasagna” in a now oft-repeated phrase coined by Department of City Development manager Maria Prioletta. And the latest round of FHLBank Chicago grants bears that out.

Many of the projects FHLBank Chicago is providing grants to will also be leveraging low-income housing tax credits awarded by the Wisconsin Housing and Economic Development Authority. The tax credits provide equity in exchange for setting the majority of units aside at below-market rates (30% of a targeted income threshold) for individuals making less than the area median income.

Bethesda Lutheran Communities will receive $900,000 via Associated Bank to support the development of Bethesda Cornerstone Village – Highland with 68 units (62 affordable) at 3200 W. Highland Blvd. An existing building on the site would be demolished and a new five-story building constructed. Fourteen of the units would be set aside for adults with intellectual or developmental disabilities, with the others reserved for individuals 55 or older.

Rule Enterprises‘ EIGHTEEN87 on Water project will receive $900,000 via BMO Harris. The project, which was granted a zoning change earlier this year, includes 79 units (60 affordable) at 1887 N. Water St. Nonprofit project partner Movin’ Out will accept the credits. The nonprofit intends to set aside 16 of the tax-credit supported units for people with disabilities as part of its mission. Rule previously received $900,000 for THIRTEEN31 Place, which opened last month.

EIGHTEEN87, Five Points Lofts, Bethesda Cornerstone Village and the Bronzeville Estates projects each received an allocation of low-income housing tax credits in the past two years. The grants will close a financing gap in each project.

The forgivable grants are provided from the bank, through a member institution, to the project. The federal home loan banking system has 11 government-sponsored banks provide liquidity to the more than 7,000 financial institutions in the U.S. to support investments in housing and community lending.

“Our members know their communities and the vital support that they need, especially after the last year. AHP awards allow our members to deliver crucial support for housing throughout their cities and towns,” said Michael Ericson, President and CEO, FHLBank Chicago.

A total of 33 Wisconsin projects were awarded funding.