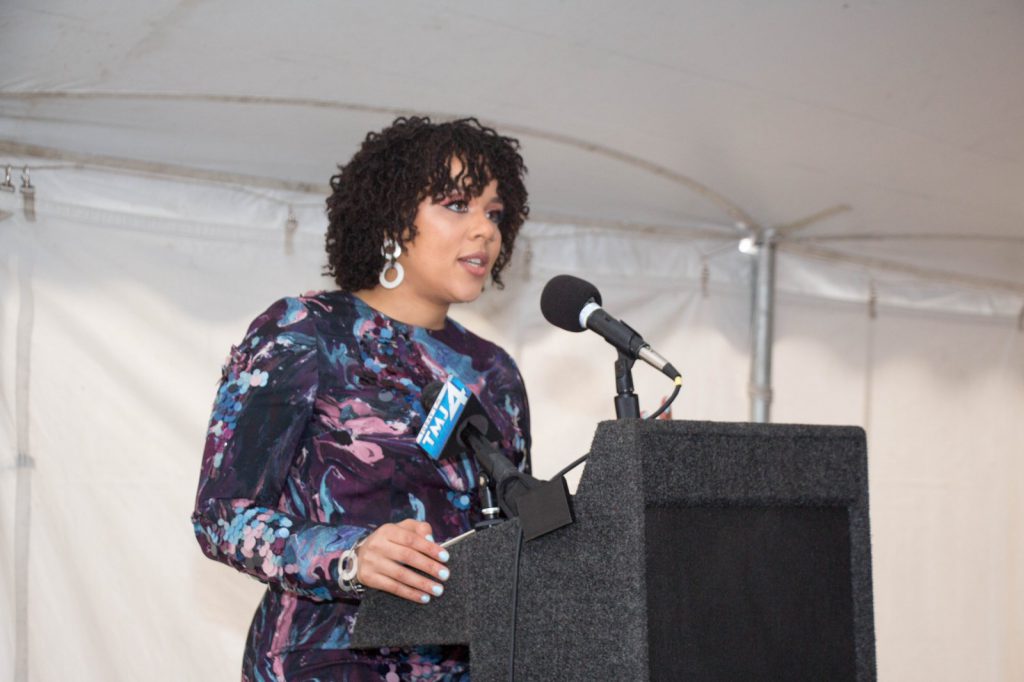 A total of 30 units of housing would be created or rehabilitated and 25 of the units would be set aside at below-market rates for individuals with less than 60% of the Milwaukee County median income through the low-income housing tax credit program. Allen secured the competitively-awarded credits from the Wisconsin Housing and Economic Development Authority in April. The rent maximums are set at 30 percent of the income threshold.

Units would include a mix of two-bedroom, three-bedroom and four-bedroom floor plans.

A community service facility would be created in the city-owned, two-story commercial building at 540 W. North Ave. America’s Black Holocaust Museum, which is located across the street in a building Allen co-developed, is expected to operate the new facility.

The facility would be used and programmed for at least 10 hours a week, offering programs on job training, art and culture, health and wellness and employment counseling. The space could also be used to conduct workshops for entrepreneurs.

Allen, who leads Maures Development Group, briefed the Bronzeville Advisory Committee on her progress Monday morning. She is working with Que El-Amin‘s Scott Crawford Inc. on the project.

The developer said she has refined the property selection since first securing city approval to acquire a series of tax-foreclosed homes and vacant lots in November 2020. The revised list of properties presented Monday showed a more tightly clustered group.

Get a daily rundown of the top stories on Urban Milwaukee
She is also bidding on a Department of City Development request for proposals for a vacant lot at 1940-1948 N. Martin Luther King Jr. Dr.

The developer presented a slide that showed construction starting in Feb. 2022 and being completed by Dec. 2022.

“We will effectively start one or two properties every two weeks,” she said. A general contractor is still being selected.

Demand for the units isn’t expected to be an issue.

“I don’t think we will have a problem pre-leasing them,” said Allen. “If I forsee any issues it would be a construction schedule issue, not a leasing issue.” Most low-income housing tax credit developments have waitlists to move in and the developer said the availability of single-family or duplex houses over larger apartment buildings would be a draw.

All of the properties will be rental units while the 15-year tax credit period is in effect. Once the credits expire, Allen said the intent is to sell the homes.

“This is quite an innovative strategy,” said LaShawndra Vernon. The board took a largely ceremonial vote to unanimously endorse the proposal.

Allen has done a number of projects in the neighborhood. This is her third scattered-site housing development.

“I think I’m in love with Harambee,” said Allen in November to a council committee.

Most recently, Allen, in partnership with developer Joshua Jeffers, redeveloped the former Garfield School and new The Griot apartment complex at the corner of N. Vel R. Phillips Ave. and W. North Ave. She also served as developer on the Heart and Hope Place development further north on N. Martin Luther King Jr. Dr. She estimated that she has created 114 units of housing and $30 million worth of investment in the area.

Allen was involved with the city’s 2017 creation of the artist-house rehabilitation program targeted at houses in the area.