Avalos Confirmation On Hold Because of FPC Misstep

Committee voted for her without necessary background check. 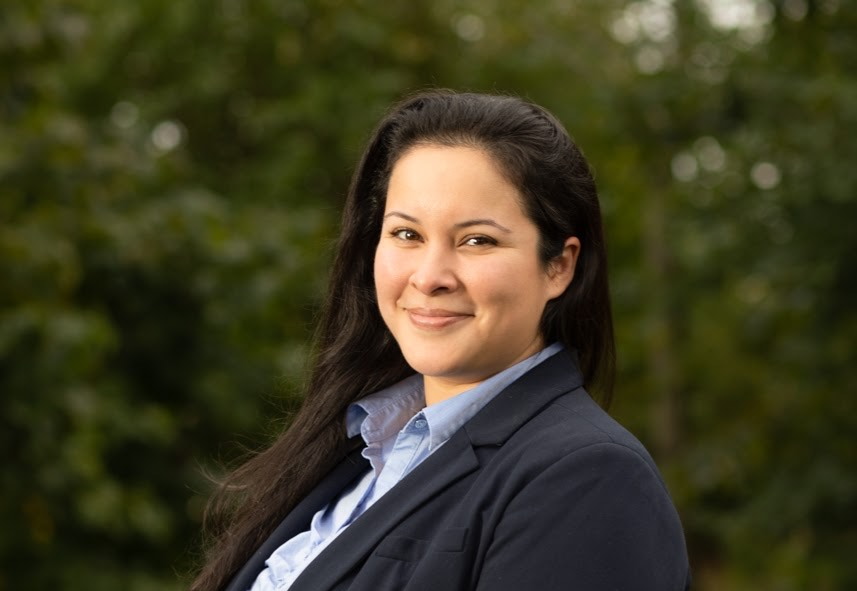 Amanda Avalos, who could cast a potential tie-breaking vote to select Milwaukee’s next police chief, received her own tie-breaking vote Monday morning. By a 3-2 vote the divided Public Safety & Health Committee endorsed Avalos’ appointment to the Fire & Police Commission (FPC). It will now go to the full council.

UPDATE 5:49 p.m.: Avalos confirmation is likely to be delayed because a formal background check has not been completed. City ordinance requires the check be completed by Milwaukee County Sheriff’s Office before approval.

“The FPC was conducting background investigations for the police chief candidates at the same time as Amanda Avalos was to be conducted. In the interest of efficiency and consolidation it was decided to use the same third-party entity to complete hers as well,” wrote acting FPC director Kyle Mirehouse in an email to council members on Monday afternoon at 4:02 p.m. He said it wasn’t known that MCSO was required to complete the check. “We are currently making arrangements with the MCSO to complete the investigation as required and will update all when a new status is [sic] avail.”

Mayor Tom Barrett did not respond to a request for comment by the time the article was updated.

The six members of the part-time FPC, who are responsible for public safety hiring, firing, discipline and policies, are deadlocked after four votes on who should serve as the city’s next police chief. The Milwaukee Common Council’s Public Safesty & Health Committee fortunately has an odd number of members. Council members Marina Dimitrijevic, Chantia Lewis and Khalif Rainey voted for the appointment, while Mark Borkowski and Scott Spiker voted in opposition.

Ald. Michael Murphy, not formally a committee member, asked a series of critical questions of her support for reallocating $75 million away from the Milwaukee Police Department during the confirmation hearing.

“The role of a Fire & Police Commissioner has nothing to do with the budget,” said Avalos.

“It is also true that you have direct control over whether to effectuate those decisions,” responded Murphy, noting that she could hold up an authorized police recruiting class. Avalos said she would not do that.

Her appointment is subject to approval by the Common Council, which has rejected multiple Barrett FPC appointees in recent years, but council members have also clamored for Barrett to fill the board to its legal limit of nine members.

Avalos, 30, would be the youngest member of the commission. But she says she doesn’t see herself that way, given her role at as senior civic engagement director for Leaders Igniting Transformation working with younger people.

“I think that perspective is valuable,” she said of her work with that group. “As a young, queer Latina, that’s something I would be bringing to the board, that diversity.”

LIT seeks to organize young people of color to build political power for social, racial and economic justice. The organization was a leading proponent of an unsuccessful bid to get the Common Council to cut 25% from the Milwaukee Police Department budget and reallocate it. It was successful in getting Milwaukee Public Schools to end a contract with the police department.

Murphy, who met previously with Avalos one on one, questioned if Avalos understood that cutting 25% or $75 million would result in approximately 700 layoffs. “When you called for the defunding fo $75 million why do you not ask that question?” he said.

“When you asked, I said I didn’t know off hand,” said Avalos. She said conflicting data exists on how many officers would be cut, including the impact on the overtime budget.

Some council members are enthusiastically supporting her nomination.

“I am actually excited about your nomination, when I saw it I said ‘oh, okay,” said Lewis. The alderwoman said prior to the nomination she had noticed Avalos’ engagement on city issues.

Avalos, a native of Chicago and daughter of a Mexican immigrant and a first-generation Mexican-American, said she was exposed to the Fire & Police Commission after graduating from Marquette University and starting a job at Public Allies. She said she developed a habit of attending the commission meetings and ultimately applied to be a commissioner.

She said she views the commission as an asset, which plays an important role in improving public safety and police-community relations. Avalos said part of her work as a commissioner would involve educating the public on what the body can and cannot do.

Avalos said she would push the city’s public safety departments to be more transparent, calling it a change which would benefit the community and departments.

Former FPC commissioner Representative Marisabel Cabrera wrote a letter in support of Avalos, as did over a dozen other community members. A handful of e-comments in opposition were submitted, related to Avalos stance on police funding.

The reappointment of Commissioner Ann Wilson was held and is unlikely to be considered by the council on December 15th. Wilson, a resident of the East Side, will continue to serve with an expired term as she has since 2018.

She was critical of some of her fellow commissioners.

Lewis and other council members have been critical of the way the police chief search has been conducted as multiple resignations have altered the process. “I honestly don’t think this is being done properly,” she said.

Murphy engaged Wilson in a line of questioning regarding the August demotion of then-chief Alfonso Morales. He asked Wilson if the commission sought a legal opinion from the City Attorney’s office regarding its move to demote the chief.

Murphy said that isn’t what the City Attorney is saying. “I don’t know if that’s revisionist history or what,” he said.

Morales is suing the city and the City Attorney admitted, in a filing, that the chief was denied due process.

“The reality is now the city is facing a substantial lawsuit which I am very concerned about,” said the alderman.

Assistant city attorney Scott Brown recommended the questioning be held in closed session since it involves pending litigation. But the meeting was not properly noticed for a closed session and issuing a new agenda with a closed session notice requires 24-hour notice.

“Trying to limit my questions based on how many lawsuits have been filed involving the Fire & Police Commission would be a challenge,” said Murphy.

Wilson works for the Housing Authority of the City of Milwaukee and also serves on the board of the Milwaukee Area Technical College.

Despite holding Wilson and splitting on Avalos, the committee unanimously recommended the confirmation of attorney Leon W. Todd, III to serve as the FPC executive director.

One thought on “City Hall: Avalos Confirmation On Hold Because of FPC Misstep”