Will meet again on December 10th. 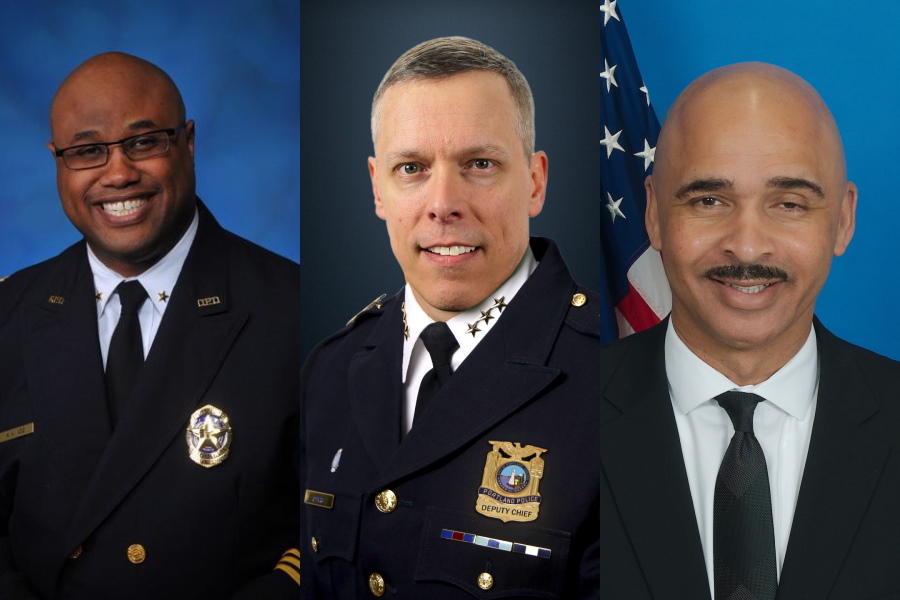 The Fire & Police Commission deadlocked Thursday night on who will serve as the next Milwaukee Police Chief.

After two rounds of voting, the commission ended up split 3-3 on whether to pick Malik Aziz or Hoyt Mahaley.

Mahaley, an FBI Supervisory Special Agent, is a graduate of Milwaukee Public Schools and previously worked for the Milwaukee Police Department.

Aziz is a major within the Dallas Police Department.

The deadlock comes after the commission narrowed the field to three candidates in closed session in October and then held two public town hall meetings in November. Amidst a string of controversial meetings to ratify the chief selection process, Commissioner Raymond Robakowski resigned setting up a potential tie.

That tie came to fruition Thursday night after the commissioners went one by one giving a brief speech and announcing their vote.

Both Aziz and Mahaley drew praise for their performance in the town hall and credentials.

“I like the way that he explained himself every question that he answered was thorough and sound,” said Cocroft of Aziz. Both Cocroft and McKenzie praised his performance when five Dallas police officers were shot and killed in 2016. “He was able to manage a situation that was very scary, to be quite frank, in a very calm manner,” said McKenzie.

Aziz is the former head of the National Black Police Association. “Being a chief for Mr. Aziz is his next logical step and I believe that this city could really benefit from his leadership,” said McKenzie.

“I really thought his focus was implementing policies that would change the culture within Milwaukee. That was something he brought to the table and there was no question about that,” said McKenzie of Aziz.

“I think he would be a really good fit for Milwaukee,” said Crouther of the Milwaukee native.

Wilson said she always listens to the community and that she received a record number of calls. “The people sitting in the audience know way more about some of this stuff than we do,” she said.

McKenzie, who praised each candidate before voting for Aziz, said Mahaley proposed out-of-the-box ideas on police funding and community support.

Crouther, DeVougas and Wilson each said they had confidence in Mahaley.

Soler was the last to vote and said, like Wilson, he was receiving a record number of phone calls. He said he would make his decision based on factual information.

Soler said he made his choice based on the individual’s diversity of police experience, consistency of responses in community sessions, understanding of community-oriented policing, answers to questions on de-escalation and use of force and how the candidates were prepared for each meeting.

He called a second round of votes to see if anyone would change their mind and, seeing no one did, said the body would meet again on December 10th to pick a new chief.

McKenzie praised Davis’ vision for publishing data on police budgeting and other proposals regarding transparency. “I thought that’s something I would like to see done here in Milwaukee,” she said. “He focused on how the police department is not militaristic.”

The body does have a deadline looming. Acting Chief Michael Brunson is slated to retire on December 23rd. It could appoint another acting chief. The vacancy was created when the commission demoted then-chief Alfonso Morales in August.

Wilson, DeVougas and Soler praised all of the candidates for being willing to go through the public process.

After the meeting, Mayor Tom Barrett issued a statement calling for the commission to make a decision.

“I would have preferred that the Commission made a decision tonight. I think what we’re seeing is the messiness of democracy in action,” said Barrett. “I remain optimistic that we will have a chief in place in line with Chief Brunson’s timetable. The Commission plans on taking this item up at the next meeting. All three candidates were extremely strong. I’m going to have more conversations with the commissioners to get a better read on why they made the decision that they did. I do want to see us have a decision made soon.”

One thought on “City Hall: Fire & Police Commission Ties On Next Police Chief”