They've been holding "banner drops" to support families of victims of police killings. 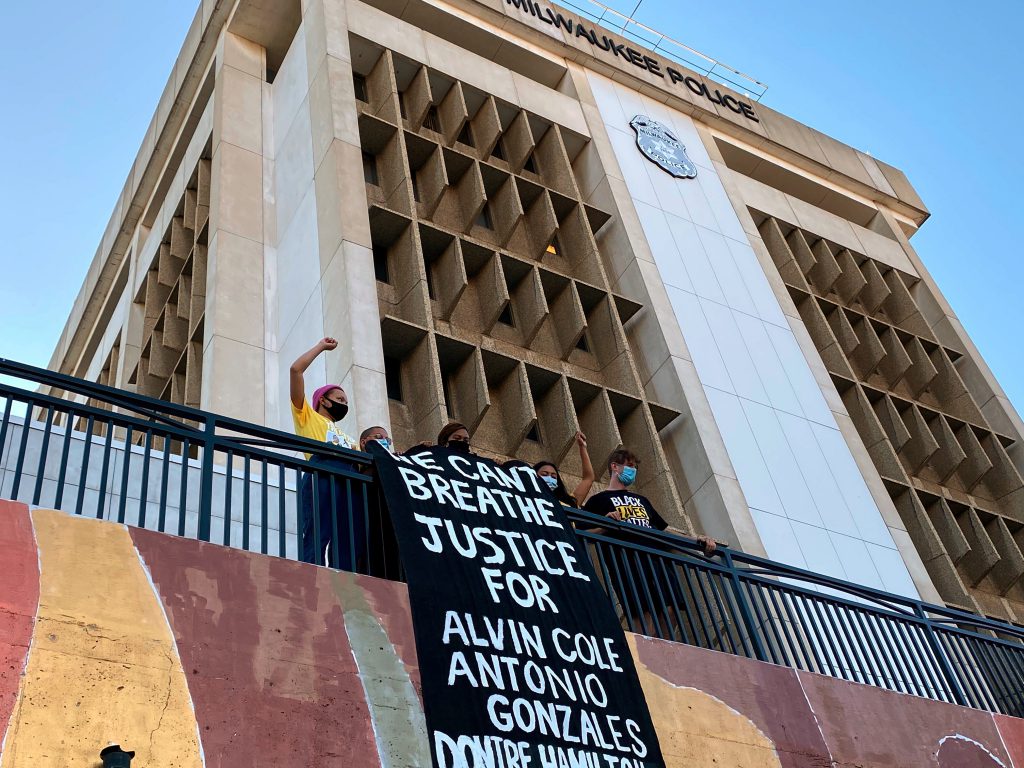 Despite the Democratic National Convention ending up as a shadow of what was expected, an activist group is still preparing for action on the final day of the convention.

The Coalition to March on DNC started planning their protest in April 2019. They created nine points of unity, as they call it, on which they’ve built their demonstration.

Omar Flores, with the Milwaukee Alliance Against Racist and Political Repression, one of the key organizations behind the coalition, said that while the convention may have changed, their plans have not. They will march on the convention Thursday, the day Joe Biden will accept the Democratic nomination.

Originally the group agreed not to elevate a single point of unity above the others, but after the protest movement that swept the country following the killing of George Floyd by Minneapolis Police the group decided to make community control of police and ending police brutality their top issue. In July, the coalition called on the Democratic Party to include police reform in their platform for the presidential election.

Since Monday, the group has been doing banner drops around Milwaukee, with banners listing names of men that have been killed by police. The banner reads “We Can’t Breathe” and “DNC Are You Listening See You Aug. 20”.

“Activism doesn’t start and stop at the voting booth,” Flores said, “we have to be out here in the streets demanding justice, especially for people that have died at the hands of police brutality here in Milwaukee and Wauwatosa.”

Flores told Urban Milwaukee the drops are to show support for the families of the victims, and also to build momentum going into their march on Thursday. The first was in Red Arrow Park, where Dontre Hamilton was killed by a Milwaukee Police Officer in 2014.

Tuesday evening, the group dropped a banner from the top of the parking garage outside the Milwaukee Police Department’s Administration Building at 749 W. State St. There were only a handful of people there, most of them ACLU legal observers, members of the media or coalition members. 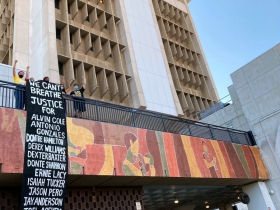 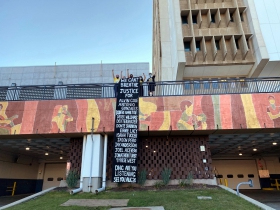 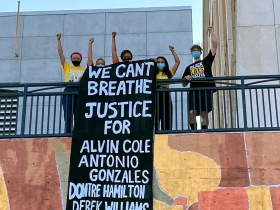 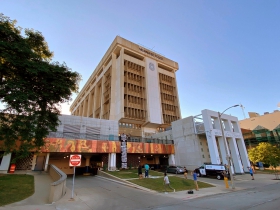 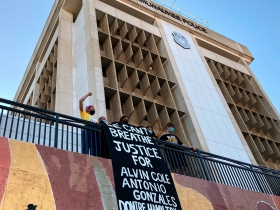 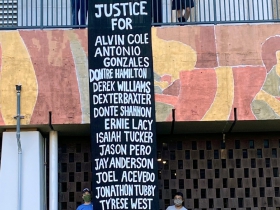