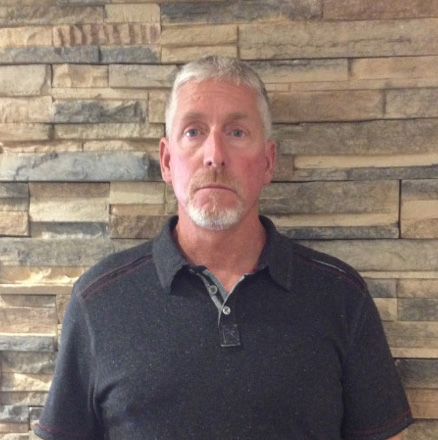 Jeff Curtis has been promoted to superintendent. Curtis started with Mortenson in 2014 with 18 years of construction experience. Before joining Mortenson, his experience included positions such as laborer, carpenter apprentice, journeyman carpenter, and assistant superintendent. Curtis is currently working on the Froedtert and the Medical College of Wisconsin Center for Advanced Care project in Wauwatosa, WI.

Angie Helfert has been promoted to project manager. In 2007, Helfert joined Mortenson after graduating from Marquette University with a Bachelor of Science in civil engineering. Since then, Helfert has worked on many challenging Wisconsin projects including the American Transmission Company Corporate Headquarters in Pewaukee, Aurora Medical Center in Grafton, and Northwestern Mutual Van Buren Office Building in Milwaukee. Last summer, Helfert moved to Massachusetts to join our Hotel Commonwealth project team in Boston.

Andy Johnson has been promoted to carpenter foreman. Johnson is currently working on Froedtert and the Medical College of Wisconsin’s Center for Advanced Care in Wauwatosa, WI. Johnson has been working with Mortenson since 2008.

Jake Maliszewski has been promoted to assistant superintendent. Maliszewski joined Mortenson in 1999 as a carpenter helper. During his tenure, Maliszewski has worked on a number of projects in Wisconsin including Columbia St. Mary’s Ozaukee Campus in Mequon, the Wisconsin Energy Institute in Madison, and the Aurora Medical Center in Summit. Maliszewski is currently working on the Froedtert and the Medical College campus in Wauwatosa, WI.

Justin Molitor has been promoted to carpenter foreman. Molitor is currently working on the Acuity Insurance Corporate Headquarters Expansion in Sheboygan, WI. Molitor started working with Mortenson in 2003.

Roberta Oldenburg has been promoted to design phase manager I. Oldenburg has more than 15 years of experience in design and construction and began working with Mortenson in 2007. Over the past eight years, Oldenburg has worked on many notable Wisconsin projects including the Wisconsin Energy Institute in Madison, Northwestern Mutual Van Buren Office Building in Milwaukee, and the Aurora Medical Center in Summit. Oldenburg is currently working on the Acuity Insurance Corporate Headquarters Expansion in Sheboygan, WI.

Mark Schulz has been promoted to senior MEP project engineer. With 17 years of experience, he joined Mortenson in 2014 and is currently working on the Acuity Insurance Corporate Headquarters Expansion in Sheboygan, WI. Schulz is a graduate of the Milwaukee School of Engineering where he earned a Bachelor of Science in mechanical engineering. Schulz also earned his State of Wisconsin Master Electrician Certification in 2010.