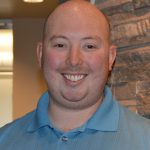 Milwaukee – (May 15, 2017) – Mortenson Construction is pleased to announce the additions of Corey Heiman, Kari Labucki, and Rakshitha Sattyaprakash to its Milwaukee operations.

Corey Heiman is a supply chain and equipment coordinator for Mortenson’s Wisconsin equipment facility. Corey earned his bachelor’s degree in leadership and organization from Marquette University and has 11 years of experience in business management. 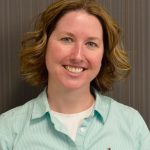 Kari Labucki brings 13 years of experience to her role as an MEP project manager. She is responsible for planning, monitoring, and supervising mechanical, electrical, and plumbing (MEP) construction engineering activities on the Wisconsin Entertainment and Sports Center. Kari earned a bachelor’s degree in architectural engineering from the Milwaukee School of Engineering. 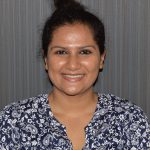 Rakshitha Sattyaprakash joins Mortenson as an estimator. She is responsible for compiling and calculating data for use in conceptual/bid proposal estimates. Rak earned her Master of Science in construction management from Michigan Technological University and her Bachelor of Science in civil engineering from Ramaiah Institute of Technology in India.

Mortenson’s Milwaukee office has been a staple in the Milwaukee community for nearly 30 years and is currently building the Wisconsin Entertainment and Sports Center, the new home of the Milwaukee Bucks. Additionally, we are working with customers including Kohler Co.pany, Aurora Health Care, Uline, Acuity Insurance, and Froedtert & the Medical College of Wisconsin. Mortenson’s Milwaukee operation employs more than 110 craftworkers and 100 professional team members. In addition to Milwaukee, Mortenson has offices in Minneapolis, Chicago, Denver, Iowa City, Phoenix, Portland, San Antonio, Seattle, and Washington DC with international operations in Canada. For more information, visit mortenson.com.