Erin Bertocchi is now a Project Manager I. In her new role, Bertocchi will oversee contract administration, procurement, subcontract awards, scheduling and costing, project supervision, risk management, and quality control. Bertocchi joined Mortenson five years ago and most recently worked on the Acuity Insurance Headquarters Expansion in Sheboygan. She earned a bachelor’s degree in civil engineering from Michigan Technological University.

Maggie Bork has been promoted to Project Manager I. Bork joined Mortenson over two years ago and is currently working on the Wisconsin Entertainment and Sports Center project. She has seven years of industry experience and previously worked on the Kohl’s Innovation Center and Columbia St. Mary’s Ozaukee Campus MRI project. Bork graduated from the University of Wisconsin – Milwaukee with a bachelor’s degree in architectural studies.

Ross Bunchek has been promoted to Estimator II.  Bunchek has been with Mortenson for two years working within the Estimating team. He is responsible for preparing bid packages, conceptual estimates, and analyzing subcontractor bids for projects. He has worked on several successful bids and projects, most recently the Aurora Health Center in Oak Creek. Bunchek earned a bachelor’s degree from Carthage College and a master’s degree from Wayne State University.

Tony Erickson has been promoted to Senior Project Manager I. Over his ten years with Mortenson, Erickson has worked on projects totaling more than $20 million. Most recently, he led the successful completion of dozens of complex renovations and build-outs at Froedtert Hospital including the Froedtert & Medical College of Wisconsin Integrated Procedural Platform. Erickson earned a Bachelor of Science in construction management from Iowa State University.

Angie Helfert has been promoted to Project Manager II. Helfert is overseeing the construction of the structural steel on the Wisconsin Entertainment and Sports Center. In her 10 years with Mortenson, Helfert has worked on projects including Northwestern Mutual Van Buren Office, Aurora Medical Center in Grafton, Wisconsin Institutes for Discovery, and Hotel Commonwealth in Boston. Helfert was also recognized by the Milwaukee Business Journal in their 2017 as a 40 Under 40 class. 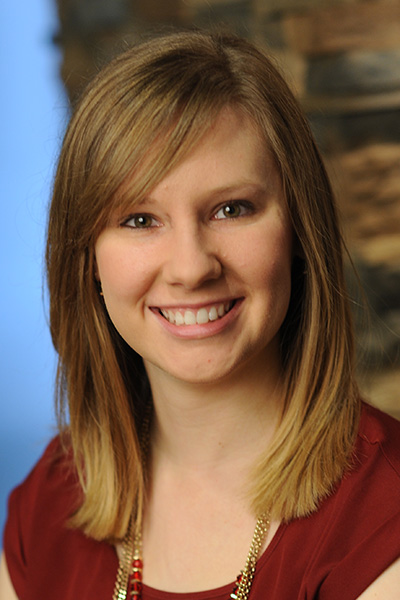 Dan Kuepper has been promoted to Project Engineer I. As a project engineer, Kuepper is responsible for monitoring and updating schedules, cost reports, and administration of shop drawings and submittals. He is currently working on the St. Camillus Community-Based Residential Facility & Jesuit Residence project. Kuepper graduated from the University of Wisconsin – Madison with a Bachelor of Science in civil and environmental engineering.

Mike Marley has been promoted to Project Manager I. Marley is currently serving as the project manager on the Inn on Woodlake Expansion in Kohler where he is responsible for total project cost control, project administration, change proposals, monthly payment applications, subcontract negotiations, and correspondence. Marley has eight years of industry experience and is a graduate of the University of Wisconsin – Stout with a bachelor’s degree in construction management.

Josh Rudolph has been promoted to Scheduling Manager. As scheduling manager, Rudolph analyzes all aspects of a project to prepare initial schedules for managing a project. In his 10 years with Mortenson, he has worked on projects including Martha Jefferson Hospital in Virginia, Harley-Davidson Museum, and multiple Kohl’s projects. Rudolph is a Milwaukee School of Engineering graduate with bachelor’s degrees in architectural engineering and construction management.

Laura Rudolph is now an MEP Project Manager II. In this role, Rudolph is responsible for planning, monitoring, and supervising all mechanical, electrical, and plumbing (MEP) construction engineering activities onsite. Throughout her eight years with Mortenson, Rudolph has worked on projects including the Kohl’s Innovation Center, Aurora Medical Center in Grafton, Wisconsin Energy Institute in Madison, Martha Jefferson Hospital in Virginia, and Froedtert Hospital renovations. Rudolph earned a Master of Science in environmental engineering and a Bachelor of Science in architectural engineering from the Milwaukee School of Engineering.

Scott Simpson is now Estimator III. Joining Mortenson five years ago, Simpson has provided detailed estimates for some of the firm’s most complex projects including Northwestern Mutual, Froedtert & the Medical College of Wisconsin Center for Advanced Care, Froedtert Hospital Renovations, and Hotel Commonwealth in Boston. In this role, he will continue to prepare and coordinate full estimates on large and complex work. Simpson graduated from Marquette University with a bachelor’s degree in construction engineering management.

Mike Texley has been promoted to Superintendent I. Texley oversees the coordination of contractors and supervision of craft labor on Mortenson projects. He joined Mortenson in 1990 and has worked on projects including Kilbourn Tower, KFC Yum! Center in Kentucky, Kohl’s Innovation Center, Froedtert Hospital East Clinics, and JohnsonDiversey Global Headquarters. Texley has more than 27 years of construction experience.

Brian Tobiczyk is now Senior Design Phase Manager I. Tobiczyk provides input and leadership during the design phase of multiple projects. In his two years with Mortenson, Tobiczyk has led successful design phase activities for We Energies, Kohl’s Corporation, and Kohler Co.pany. He has 13 years of industry experience and holds a Master of Business Administration from the University of Wisconsin – Madison and a Bachelor of Science in architectural studies from the University of Wisconsin – Milwaukee. Kathleen Vignali is now Project Manager I. Joining Mortenson two years ago, Vignali completed the construction of Uline’s Conference Center and Uline’s W2 Distribution Center projects. She is currently overseeing construction of the Aurora Health Center project in Oak Creek. Vignali has five years of industry experience and holds a Master of Science in mechanical engineering from the University of Minnesota and an Associate of Science in physics and mathematics from the University of Wisconsin – River Falls.

Savannah Wehinger is now Estimator II. As an estimator, Wehinger communicates with owners, architects, engineers, and contractors to provide engineering and cost data regarding project feasibility. Wehinger prepared estimates for the Froedtert Integrated Procedural Platform project, Froedtert & the Medical College of Wisconsin Vertical Expansion, and Lodge Kohler. Wehinger has 10 years of industry experience and earned a Master of Science in Building Structural Systems and Bachelor of Science in architectural engineering from the Milwaukee School of Engineering.

Mortenson’s Milwaukee office has been a staple in the Milwaukee community for nearly 30 years and is currently building the Wisconsin Entertainment and Sports Center, the new home of the Milwaukee Bucks. Additionally, we are working with customers including Kohler Company, Aurora Health Care, Uline, Acuity Insurance, and Froedtert & the Medical College of Wisconsin. Mortenson’s Milwaukee operation employs more than 110 craftworkers and 100 professional team members. In addition to Milwaukee, Mortenson has offices in Minneapolis, Chicago, Denver, Iowa City, Phoenix, Portland, San Antonio, Seattle, and Washington DC with international operations in Canada. For more information, visit mortenson.com.