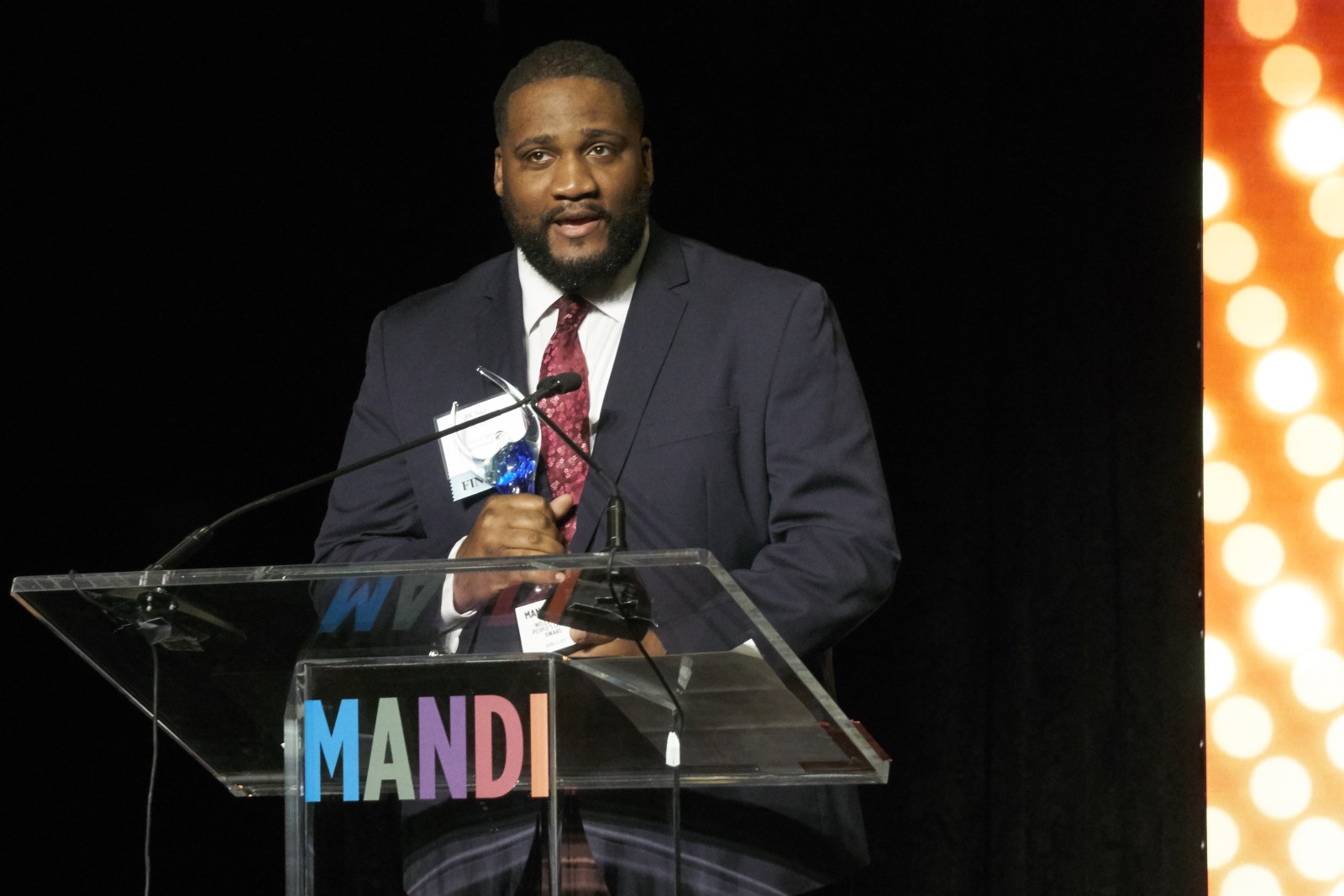 MILWAUKEE (April 6, 2017) — On Thursday, April 6, The Milwaukee Awards for Neighborhood Development Innovation (known as the MANDIs) celebrated the “good news” of successful efforts to revitalize neighborhoods and strengthen the community.

From public nominations, a volunteer Selection Committee named 15 finalists for the awards this year, and winners were announced Thursday, April 6, to an audience of 800 community leaders at Potawatomi Hotel & Casino.

“We really appreciate the opportunity to recognize what’s happening at the ground level. People are working hard to create safe, healthy, vibrant neighborhoods for their community. The MANDIs celebrate these efforts, and offer all of us inspiration and hope for the future,” said Donsia Strong Hill, Executive Director of LISC Milwaukee, the nonprofit host of the MANDIs.

Awarded to a public space that builds community, the Brewers Community Foundation Public Space Award was presented by Katina Shaw, Community Relations & Family Liaison for Milwaukee Brewers Baseball Club. Shaw was joined by LaNelle Ramey, Area Director of Boys and Girls Clubs of Greater Milwaukee. This award was given to Milwaukee County and community partners for the revitalization of Johnsons Park in the Lindsay Heights neighborhood. Finalists include the Green Tree Community Garden and the Journey House Community Garden. Marsha Caton Campbell, Executive Director of Center for Resilient Cities accepted the award.

Awarded for commitment and effectiveness over time, the BMO Harris Bank Cornerstone Award was presented by Paul Fehrenbach, BMO Harris, Vice President of Community Investments. Fehrenbach was joined by Danae Davis, Executive Director of Milwaukee Succeeds. This award was given to Silver Spring Neighborhood Center for their work in the Westlawn community. Finalists included the City on a Hill and Milwaukee Christian Center. Kaylin Jones, youth and teen program coordinator of Silver Spring Neighborhood Center accepted the award.

Between the presentation of the BMO Harris Bank Cornerstone and Northern Trust Navigator awards, Shannon Sims interviewed Maurice Jones, the CEO and President of LISC National. Jones assumed his position September of 2016, and shared his insights on community development across the country. Jones also talked about LISC’s recent announcement that it would tap in to the bond market to raise $100,000 in capital to help energize local economies, a first for any Community Development Financial Institutions (CDFI).

Awarded to an individual for leadership, the Northern Trust Navigator Award was presented by Jamie Reeve III, Sr. Vice President of Northern Trust. Reeve was joined by Wanda Montgomery, Director of Community Partnerships and Children’s Hospital of Wisconsin. This award was given to Darryl Johnson, the Executive Director if the Riverworks Development Corporation. Finalists included Diane De La Santos and Gretchen Mead.

Awarded for innovation, the PNC Bank Trailblazer Award was presented by Eugene Manzanet, Vice President of PNC Bank. Manzanet was joined by Jim Marks, Senior Advisor of United Way of Greater Milwaukee and Waukesha County. This award was given to The Historic Wally Schmidt Tavern Redevelopment developed by Fix Development and Jeremy Davi for their innovative and equitable development model. Finalists included The Arts@Large Fill in the Gaps Initiative in partnership with the Milwaukee Public Schools and The Layton Boulevard West Neighbors Home Improvements Matching Grants Program. Jeff Henderson and Jeremy Davis gave remarks during award acceptance.

All winners received a trophy and $1,000 contribution.  Finalists and winners are selected by a volunteer selection committee comprised of forty private, public and government volunteers.

About LISC: Local Initiatives Support Corporation (LISC) is the recognized leader in neighborhood development. Since 1980, LISC has marshaled over 10 billion dollars from investors, lenders and donors to foster the revitalization of more than urban neighborhoods and rural communities. Since 1995, LISC Milwaukee has invested $140 million in the central city by mobilizing resources for neighborhood revitalization and investing these funds through grants, loans and technical assistance to neighborhood-based community development efforts.