But candidates are still lining up to replace him. Seven have filed candidacy already.

By Corri Hess, Wisconsin Public Radio - Oct 20th, 2021 11:28 am
Get a daily rundown of the top stories on Urban Milwaukee 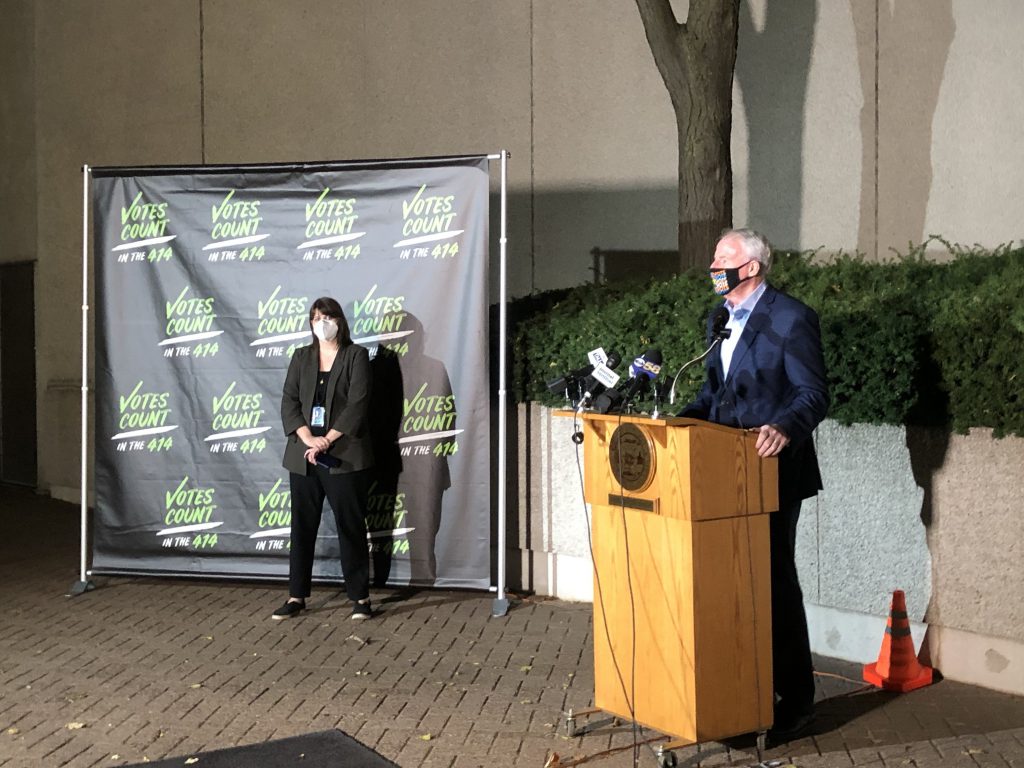 The timing of when Milwaukee Mayor Tom Barrett will leave his post for the U.S. Embassy in Luxembourg is still unknown, but the field of people hoping to replace him continues to grow.

As of Wednesday, seven people, including two Milwaukee Common Council members and the county sheriff had filed papers to run for his seat.

President Joe Biden announced Barrett’s nomination to serve as ambassador to the small European nation in August. Claire Woodall-Vogg, executive director of the Milwaukee Election Commission, said the date of the election to replace him depends on his confirmation by the U.S. Senate.

If Barrett is confirmed between Nov. 15 and Dec. 28, a special election can be ordered by the Common Council to coincide with the spring election.

The primary would be held Feb. 15, 2022 and the election would be held April 5. Until then, Common Council President Cavalier Johnson would serve as mayor.

If Barrett leaves between Feb. 15 and March 2, a special election will be set for May 3. The primary could still coincide with the spring election.

If he leaves between April 16 and May 9, a special election could coincide with the Nov. 8 general election, but a special primary would have to be held on Aug. 9.

Every special election that needs to be held will cost the city between $350,000 and $400,000, Woodall-Vogg said, so from a financial standpoint, sooner is better.

But that might be tough. Despite being nominated months ago, the Senate Foreign Relations Committee has yet to schedule confirmation hearing for Barrett.

U.S. Sen. Ted Cruz, R-Texas, is in a bitter fight with the Biden administration over a Russian gas pipeline and has held been holding up foreign service appointments before the full Senate, potentially delaying up to 59 would-be ambassadors.

While Cruz can’t use his seat on the committee to entirely block Biden’s nominees, he can greatly slow the process by objecting to the Senate’s traditional practice of confirming uncontroversial nominees by unanimous consent,” according to the New York Times.

At the time of Barrett’s appointment, Biden only had one U.S. ambassador confirmed. In comparison, NPR reported that at the 200-day mark for other recent presidents, Barack Obama had 59 ambassadors confirmed, George W. Bush had 53 ambassadors confirmed and Donald Trump had 19, according to Kathryn Dunn Tenpas, who tracks presidential appointees for the Brookings Institution.

But even with the logjam in Washington, candidates in Milwaukee are lining up because once Barrett goes, the process to replace him could be fast. And candidates want to begin raising money now.

Johnson, a moderate member of the Common Council, has announced his candidacy along with fellow Alder Marina Dimitrijevic, a former Milwaukee County Board member and one of the council’s more outspoken liberal members.

Milwaukee County Sheriff Earnell Lucas, elected to his current office in 2018, is running, as is former Alder Robert Donovan, who unsuccessfully challenged Barrett in 2016.

Right now, the candidates are filing to run in Spring 2024, but they’ll amend their campaign finance report if there is a special election date set, Woodall-Vogg said.

“I’m expecting once we have a special election called, we’ll have even more candidates,” she said.

Barrett, 67, is one of the country’s longest-serving big city mayors. He was elected to his fifth term as mayor in April 2020. He first became mayor in 2004, when he defeated incumbent Mayor Marvin Pratt.

Woodall-Vogg said she believes when the next mayoral election is held, turnout will be high.

“It’s the first time in over a decade that we won’t have Mayor Barrett on the ballot, so I expect that we will have a crowded field and a lot of interest across the city in who the next mayor will be,” Woodall-Vogg said.

Candidates are lining up to run for Milwaukee mayor, but Barrett’s departure date remains unclear was originally published by Wisconsin Public Radio.