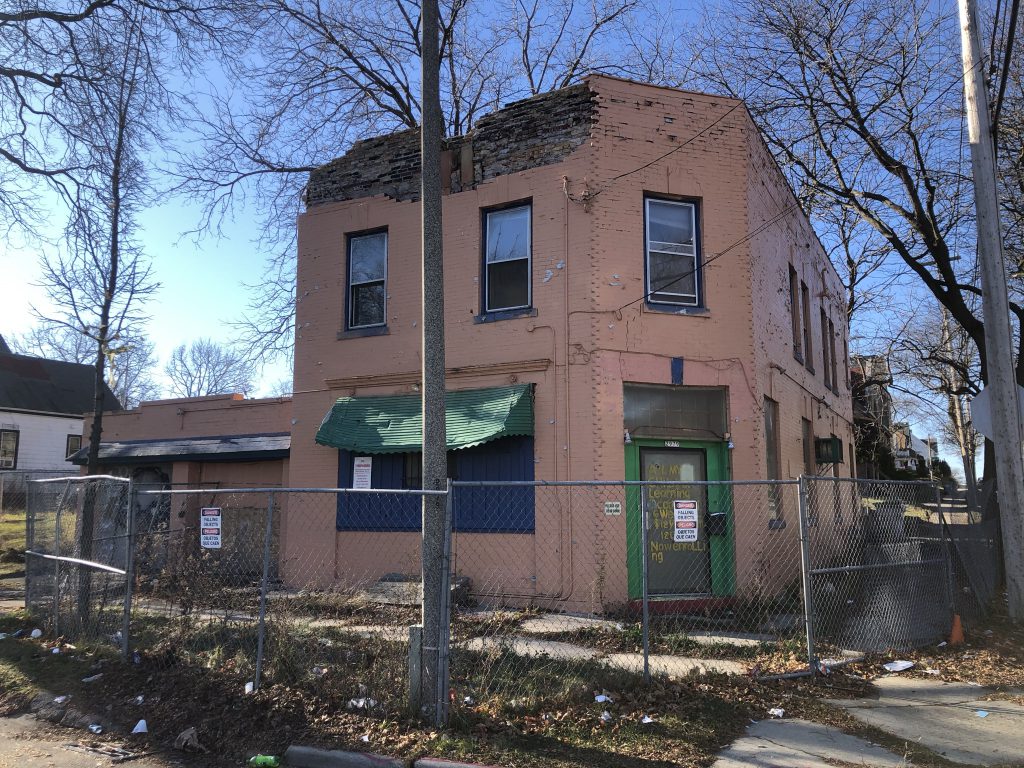 WestCare Wisconsin plans to transform a 136-year-old building from eyesore to asset in Milwaukee’s Harambee neighborhood.

The non-profit will acquire and rehabilitate the city-owned building at 2979 N. Palmer St. as part of a $500,000 project to create a community resource hub.

It will now add a COP (community-oriented policing) House to its list of offerings.

The facility, open to the public from 9:00 a.m. to 5:00 p.m. Monday through Friday, will provide a public-facing space for the non-profit, city agencies and community meetings. According to a city report, the facility will also be used to “bring resources including food and clothing to a highly improvised and high crime neighborhood.”

The organization is identifying what services in particular will be provided from the facility.

“One thing we didn’t want to do is bring resources over to a neighborhood that wasn’t receptive to them,” said Travis Landry, WestCare’s vice president of operations, on November 17th when a city committee debated the deal. “Our goal is really to get as many affordable houses as possible in the neighborhood and bring that neighborhood back to some sense of stability.”

WestCare is required to staff the facility, in exchange for acquiring the property for $1 and receiving a $100,000 forgivable loan. Police officers will not staff the facility, unlike Racine’s COP House program, but will be able to stop by for meetings, paperwork processing or other public activities.

Get a daily rundown of the top stories on Urban Milwaukee
Landry said his organization would pair the city funds with grants and program funding from other sources.

Area Alderwoman Milele A. Coggs is a strong proponent of the deal.

“Part of the goal was to demonstrate that even with less money than we invest in the police department we can make a positive impact in a neighborhood,” she said. “I really believe this neighborhood just needs some support and some resources on a constant basis and a consistent basis. WestCare has done a great job in the Harambee neighborhood.”

The finished project will be the city’s second COP House facility, following a project approved in November 2019 for the Clarke Square neighborhood on the city’s South Side.

The city acquired the 2,464-square-foot building and 7,200-square-foot corner lot through property tax foreclosure in 2018 from Rita Gillespie. The building was most recently occupied by All My Children Learning Academy, according to signage on the building and online records.

The building’s brick facade is crumbling, and a portion of the cornice has collapsed with dozens of bricks missing. The surrounding sidewalk, including on the E. Chambers St. side of the property, is blocked by a chain-link fence as a result.

City officials want to make sure the public knows government money is supporting the project. “Signage acknowledging the financial support of the City of Milwaukee Promise Zone must be posted on the exterior of the 2979 North Palmer Street before the space is opened for public use,” says the loan agreement.

The city hopes to eventually have a COP House facility in each of the city’s four Promise Zone neighborhoods. The remaining two zones include the neighborhoods surrounding Washington Park and the Old North Milwaukee neighborhood.

WestCare, per terms of the loan agreement, will be required to pay property taxes on the property or enter into a payment-in-lieu-of-taxes (PILOT) agreement. It will access the loan funds by providing receipts for reimbursement.

The Common Council unanimously approved the sale and loan allocation on November 24th. Council members Jose G. Perez and Ashanti Hamilton, each of whom represents a Promise Zone area, co-sponsored the land sale.

The building was one of three Harambee properties marketed by the Department of City Development in October 2019. The city approved selling another featured property earlier this year.

WestCare is currently based out of a rented facility at 2740 N. Vel R. Phillips Ave. 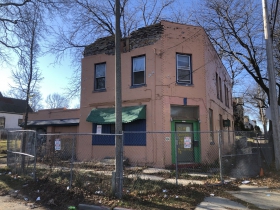 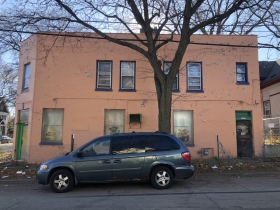 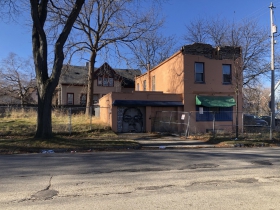 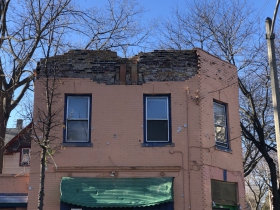 Shane McAdams‘ plans to rehabilitate two buildings on W. Historic Mitchell St. look to be off to a good start.

The buildings are historically-protected as part of the Mitchell Street Historic District, but didn’t look the part. Since the 1990s the upper floors have been clad in metal paneling, causing them to appear as a rather unremarkable single building.

Couture to Start Construction in January

Construction is expected to begin in January 2021 on The Couture, a 44-story apartment tower on Milwaukee’s lakefront.

The U.S. Department of Housing and Urban Development announced Monday morning that it was awarding a commitment for a $103.5 million loan guarantee to Barrett Lo Visionary Development.

“HUD’s Firm Commitment marks the final financial commitment required for us to begin construction on The Couture,” said developer Rick Barrett in a statement.

We Energies and Harley-Davidson have partnered on a new solar farm atop one of the motorcycle manufacturer’s facilities.

We Energies — which is owned by WEC Energy Group — has installed more than 8,000 solar panels on top of the Pilgrim Road Powertrain Operations facility in Menomonee Falls. The panels can produce approximately 2.25 megawatts of energy, the utility announced Tuesday.

That’s enough energy to power approximately 400 homes, We Energies said, and is now the largest rooftop solar project in operation in Wisconsin. It was installed by Pewaukee-based SunVest.

Mayor Tom Barrett went one for two on his 2021 budget vetoes.

On an 11-4 vote, the Common Council overrode Barrett’s veto of allocating an additional $500,000 to the Milwaukee Health Department for a voluntary lead paint abatement program.

Proposed by Alderwoman Marina Dimitrijevic, the funds will come from cutting allocations to two programs: the 10,000 Homes Initiative aimed at creating or preserving affordable housing and the Strong Home Loans program that aids home repair.