On Thursday, city will show off three commercial buildings for sale for redevelopment. 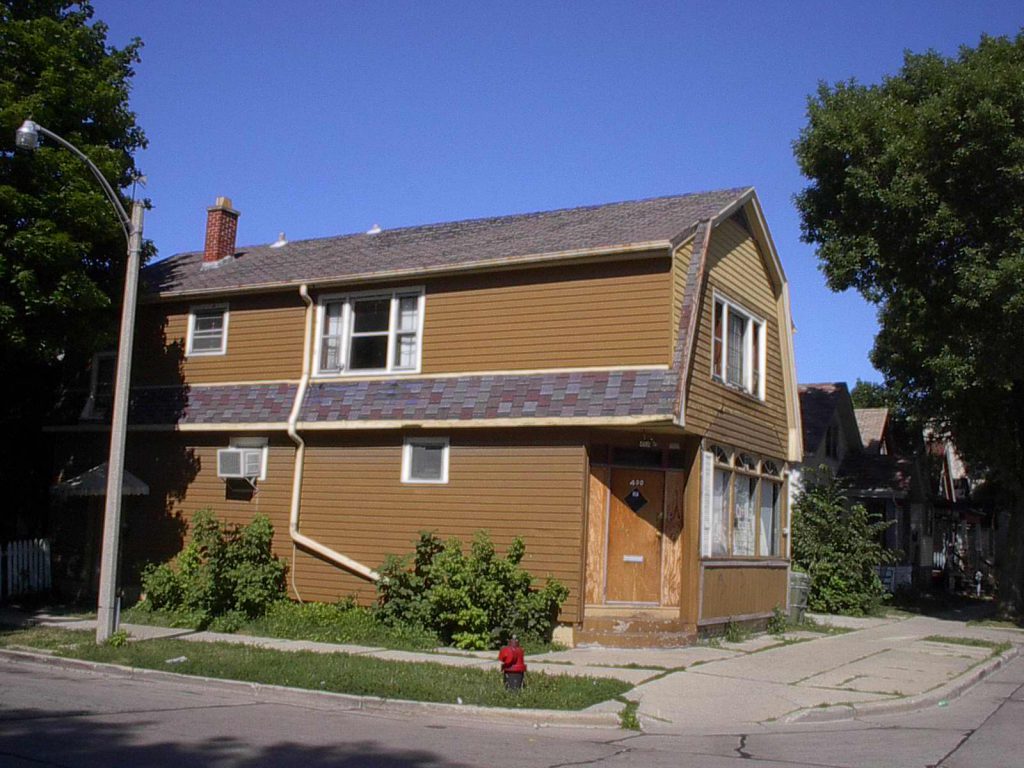 400 E. Locust St. Image from the City of Milwaukee.

Looking for a home for your business? Have expertise in redeveloping properties? The city has properties it would like to sell you.

The Department of City Development (DCD) will show off three properties on Thursday, October 17th from 10 a.m. through 12 p.m. in the city’s Harambee neighborhood.

The commercial properties are located at 400 E. Locust St., 2979 N. Palmer St. and 128 E. Burleigh St. All three properties were acquired by the city through property tax foreclosure.

The two-story building at 400 E. Locust St. was built in 1875 and acquired in 2015 by the city according to assessment records. The building was previously used as a tavern.

The two-story brick building at 2979 N. Palmer St. was built in 1904 and acquired by the city in 2018. It previously housed a child-care facility.

The three-story building at 128 E. Burleigh St. was built in 1886 and acquired by the city in 2012. It contains a first-floor commercial space and two apartments upstairs.

The properties are located in the Common Council’s 6th District represented by Alderwoman Milele A. Coggs.

The alderwoman has been a champion of creative ways for the city to sell the abundance of properties it acquired following the Great Recession. She sponsored a program to sell vacant homes to artists as living spaces and creative hubs, the first of which recently opened. The alderwoman also backed the sale of a home to an affiliate of Milwaukee Area Technical College as a part of a skills development and restoration program.

Vacant lots are also available in the district, including a 1.13-acre site at 3317-3349 N. Martin Luther King Jr. Dr. Responses to a request for proposals are due by October 31st.

A number of homes and vacant residential lots are also available. More information is available on DCD’s Real Estate website.

Many of the buildings owned by the city end up finding new life, though it can often take years. DCD celebrated the opening of Johanna’s Cakes & Desserts Cafe in the city’s Walker Square neighborhood last weekend in a former city-owned building. The city acquired the building in 2012, sold it to the cafe owner in 2016 and worked with the new owner through grant and loan programs to facilitate the needed rehabilitation work.

Want to go on the tour of any of the properties? Make sure to bring work boots and a flashlight according to DCD.