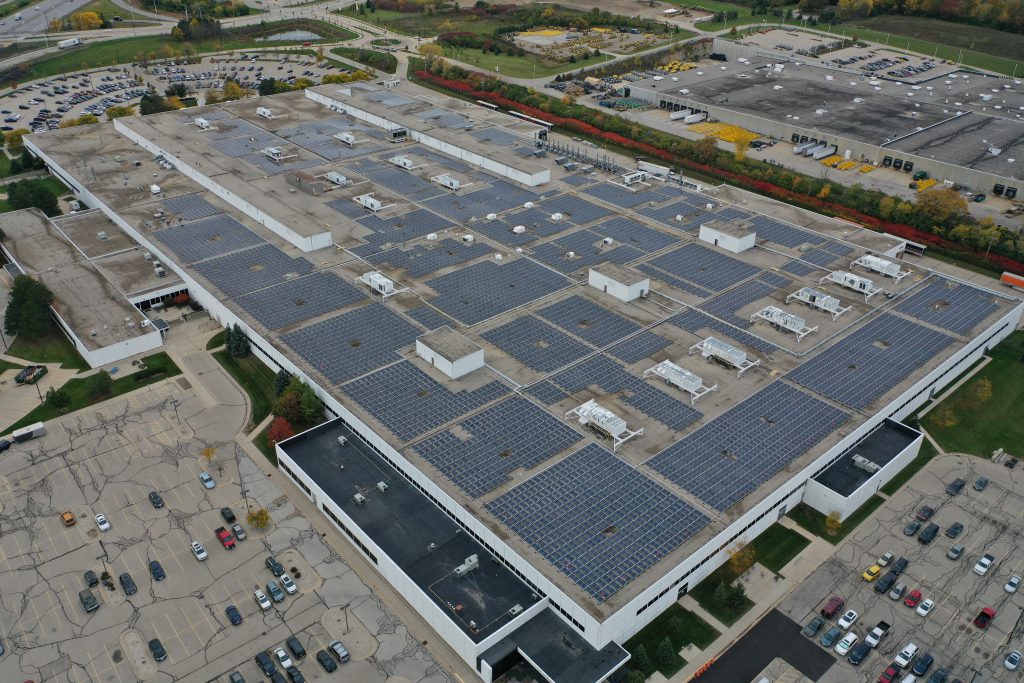 We Energies and Harley-Davidson have partnered on a new solar farm atop one of the motorcycle manufacturer’s facilities.

We Energies — which is owned by WEC Energy Group — has installed more than 8,000 solar panels on top of the Pilgrim Road Powertrain Operations facility in Menomonee Falls. The panels can produce approximately 2.25 megawatts of energy, the utility announced Tuesday.

That’s enough energy to power approximately 400 homes, We Energies said, and is now the largest rooftop solar project in operation in Wisconsin. It was installed by Pewaukee-based SunVest.

The project is part of We Energies’ Solar Now pilot program in which the utility partners with other companies, nonprofits and government entities to lease space for solar arrays that generate energy for the grid.

The company said it has finished 11 solar projects, and has another 6 on the way. All together, these Solar Now projects will generate 15 megawatts of clean energy.

In 2019, Ashley Furniture announced plans to install a 7 megawatt system on the roof of their headquarters in Arcadia. Once completed, that will become the state’s largest rooftop solar project. In Oak Creek, there is a 1.5 megawatt rooftop system atop the Ikea store at 7500 S. Ikea Way.

Another large solar installation in the Milwaukee area, albeit not a rooftop project, is planned for a former landfill on the city’s south side. We Energies, in partnership with the City of Milwaukee and Air National Guard, will install and operate approximately 7,000 solar panels, generating 2.25 megawatts, on a site at 1600 E. College Ave.

Scientists and climate researchers have been warning for decades that carbon emissions trap radiation in the lower atmosphere, warming the planet and altering the climate. Recently major emitters like We Energies have undertaken efforts to reduce the emissions that produce this greenhouse effect.

Get a daily rundown of the top stories on Urban Milwaukee
In 2016, WEC committed to reducing its carbon footprint by 40% from 2005 levels by 2030. Starting in 2018, the company retired more than 1,800 megawatts of coal power, half of the Oak Creek Power Plant, which helped it hit the 40% reduction target faster than planned, Utility Dive reported. The company has upped its emission reduction goals, committing to 70% by 2030.

The company recently announced plans to become carbon-neutral by 2050. This month, it announced it would invest $2 billion in renewable energy projects over the next five years.

The cost to install solar systems has been a major factor in their increased deployment throughout the country. Over the past decade, the installation price for solar has dropped more than 70%, while installation has dramatically risen, according to data from the Solar Energy Industries Association.

WEC Energy group has said its reductions are being driven in part by large reductions in the cost to produce renewable energy, low natural gas prices and limited growth in electricity demand.

We Energies president Tom Metcalfe said projects like the Harley-Davidson solar array “are an important part of our commitment to make our electric generation fleet net carbon neutral by 2050.”

Drone Footage of the Installation

One thought on “We Energies, Harley-Davidson Announce Solar Project”