Actually two buildings covered by paneling that developer plans to restore. What will he find? 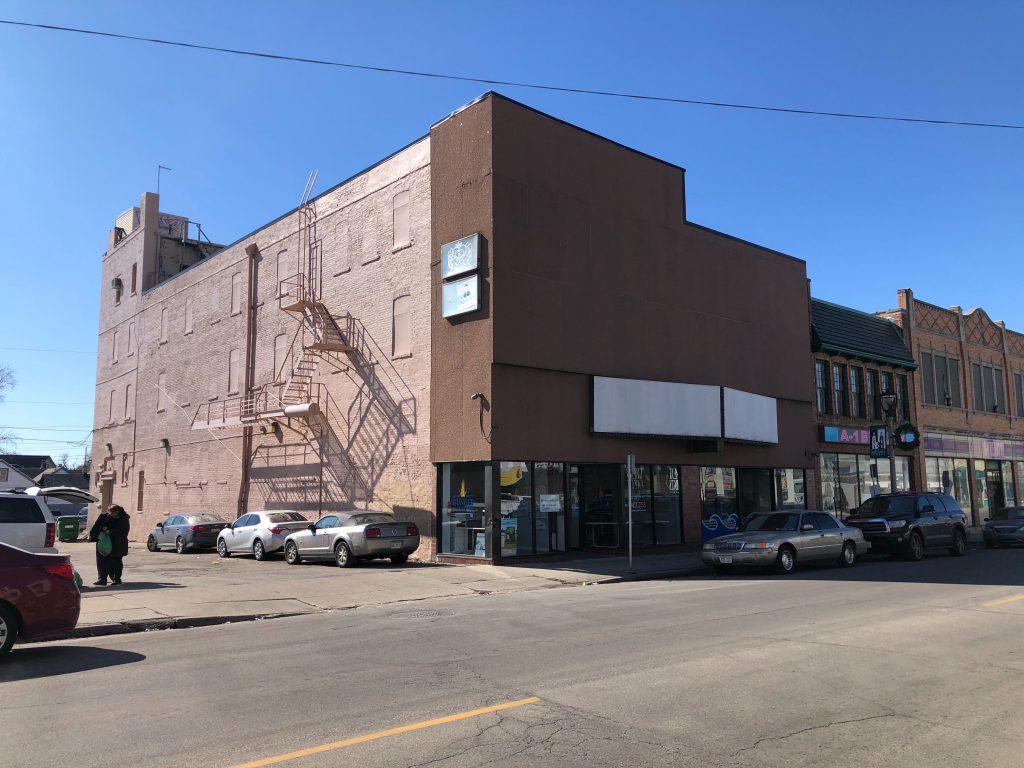 A pair of Historic Mitchell Street buildings, connected by a covering of metal paneling since the 1990s, is set to see new life under a proposal by artist Shane McAdams.

But what the final product will look like depends on what’s hiding under the panels.

The buildings at 723-725 W. Historic Mitchell St. have been operated jointly for decades, and visually appear to be one structure with the paneling. But McAdams plans to remove the paneling and restore the buildings to their former glory.

What is that former glory? It’s hard to say. Showing a poorly copied photo from 1923, Historic Preservation Commission staffer Tim Askin told the commission Monday afternoon that there has long been an issue finding historic photos of buildings on the street. “This is the best documentation we’re probably going to find for this building,” said Askin. “It’s a nice design, but I don’t think there is enough information to be able to go back to this.”

Another opportunity could present itself. Underneath the paneling could be an intact Art Moderne facade, designed by architect George Zagel, from 1946 when Bilt-Rite Furniture moved into the building. “We only know of one other Art Moderne building by him,” said Askin. The Geiser’s Potato Chip factory at 3113 W. Burleigh St., also from 1946, was demolished in 2016. A 2009 Milwaukee Magazine profile called Zagel “the most prolific architect you’ve never heard of.”

Askin said restoring Zagel’s Art Moderne facade is an option, if it’s there.

“We assume the sign is long gone, but the rest of the facade is probably there,” said Askin while showing a photo of Bilt-Rite’s changes to the building. Bilt-Rite Furniture (now BILTRITE) remained in the building until 2006.

The other building, next to and just west of the more promising one, could have a more traditional restoration. “It’s a common building type throughout the city,” said Askin.

Beyond the visual history of the buildings, their historic uses are also a bit of a mystery. A movie theater operated in the second story of the eastern building, even as the first-floor tenant changed and the building’s facade was covered. “Supposedly it kept showing movies well into the 1950s as the Park Theatre,” said Askin. “We can’t find any evidence of the theater actually having any signage on the building.”

“What we would like to do is remove the panels and then reevaluate,” said Stachowiak.

“I see no harm in taking down that lovely paneling and finding out what’s there,” said Commissioner Patti Keating Kahn to laughter from the fellow commissioners.

“Easy to improve because of what we have to start with,” said Stachowiak.

The commission unanimously approved removing the paneling, but McAdams and Stachowiak will need to apply to the commission for any future changes. Hunger Task Force continues to operate on the first floor of the eastern building.

McAdams acquired the buildings in August 2019 for $260,000 from A1 Beauty. They’re immediately east of a two-building complex that developer Ryan Pattee acquired from A1 Beauty on the same day. One of those buildings will be redeveloped into a new home for immigrant rights organization Voces de la Frontera. The non-profit closed on the purchase last week, said Pattee in an interview.

For more on McAdams, see our July 2019 profile. 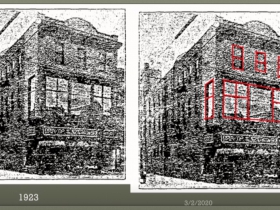 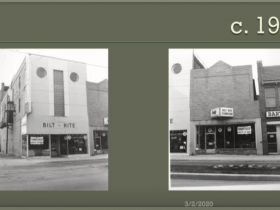 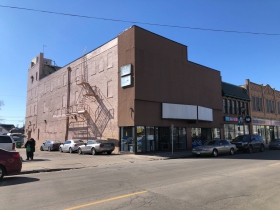 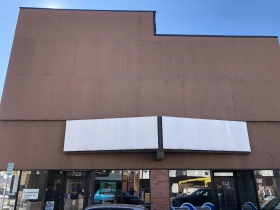 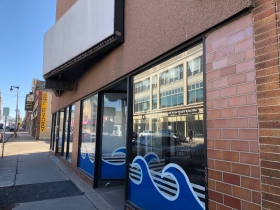 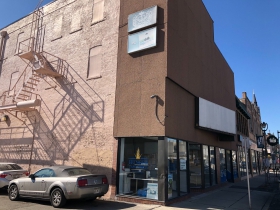 One thought on “Eyes on Milwaukee: Mitchell Street’s Mystery Building”