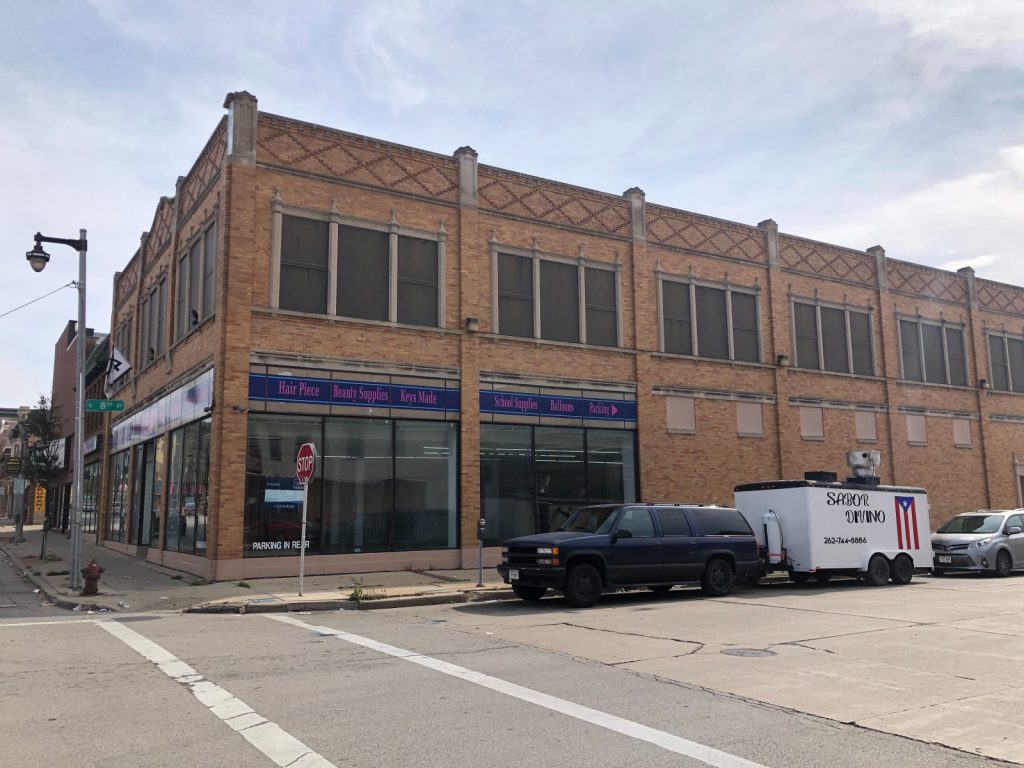 The organization will purchase the two-story building at 733-737 W. Historic Mitchell St. from developer Ryan Pattee for $400,000 and hopes to relocate in early 2020.

“We have been looking for the past six years,” said Executive Director Christine Neumann-Ortiz in an interview. The organization has long outgrown its home at 1027 S. 5th St. and is looking to expand its programming as part of the move.

Neumann-Ortiz said in addition to growing capacity within the membership-based organization, it hopes to be able to lease space within the building to individuals and organizations with similar missions.

She said the new building is a good fit not only because of its size, but its central location within Milwaukee’s Latinx community.

Voces de la Frontera’s political arm, a 501c4, has its sights set on every election, from Milwaukee School Board to the U.S. President. “We see each one as really critical,” said Neumann-Ortiz.

She said with Immigration and Customs Enforcement (ICE) seeking to partner with local law enforcement and other government organizations under the direction of President Donald Trump, having strong advocates for protections of civil rights at all levels of government is essential.

“It’s just one thing after another,” said Neumann-Ortiz of the current political climate and the need for the organization to respond.

The organization has 11 full-time and 10 part-time employees currently. “We are growing which is part of why we need more space,” said development director Anna Dvorak.

The statewide organization has 10 chapters across Wisconsin and a number of school-based youth chapters.

Buying the building isn’t the only thing Voces has planned. The project has a total cost of $1.6 million which includes $500,000 for building out the space, $350,000 for operating expenses and a reserve fund, $150,000 for administrative staff and a building manager, $150,000 for development staff, and $50,000 for capital campaign consultants.

“We want to be able to raise as much as we can before the end of the year,” said Dvorak. The organization currently has an anonymous donor offering a three-for-one match for up to $400,000.

City records indicate the building was built in 1930 and contains 21,242 square feet of space.

The non-profit has partnered with a consulting firm started by developers Melissa Goins and JoAnne Sabir to assist with the development. Neumann-Ortiz said she hopes Sabir can help bring to this deal some of the energy generated by the Sherman Phoenix marketplace project where she partnered with Juli Kaufmann.

Voces previously had an agreement to buy the former Forest Home Library from the city. “It didn’t really fit our needs for the space we need,” said Neumann-Oritz about the change. The price tag for that facility was $450,000.

Back in August, Pattee paid $330,000 for two adjoining buildings, including one that Voces is purchasing. A-1 Beauty, a cosmetics and beauty supply shop, owned both properties and occupied the first floor. 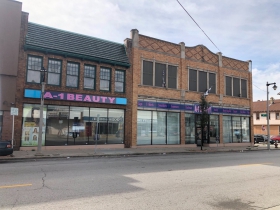 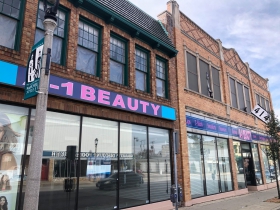 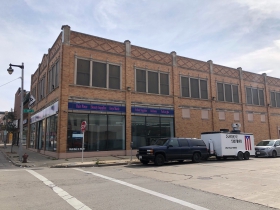