Plus: Illinois firm acquires buildings near UWM. And all the week's real estate news. 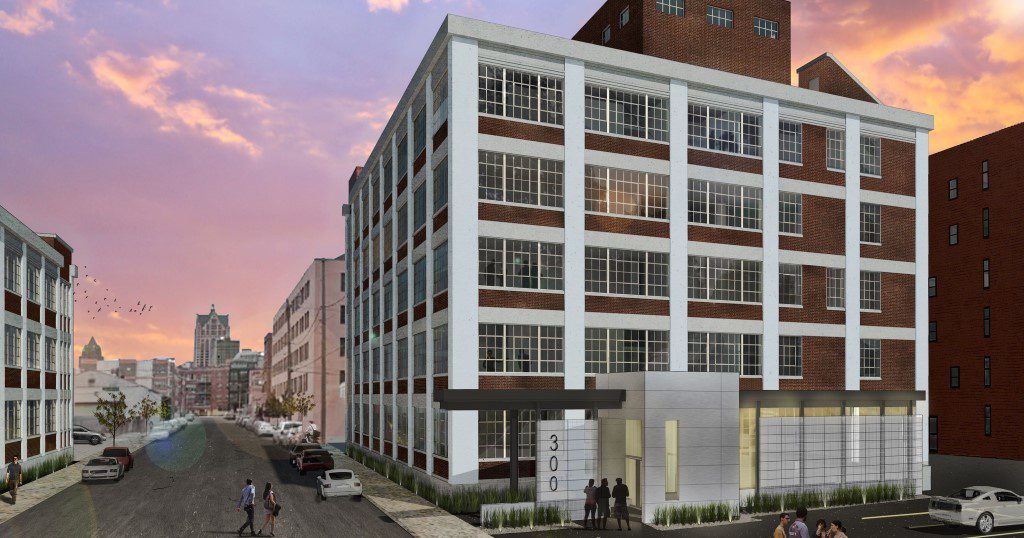 The fate of a proposed 115-unit apartment complex could be determined in federal court.

Minneapolis-based Sherman Associates acquired the three-building complex at 300 S. Barclay St. in 2017 for $500,000. The complex includes a five-story building on the east side of Barclay St. and two, connected three-story buildings on the west side (139 E. Oregon St.). A tunnel under Barclay St. connects the properties. Sherman would rebrand it “The Barclay.”

The buildings were built for Pittsburgh Plate Glass, now PPG Industries, in the 1920s. But PPG sold the buildings, and its surrounding manufacturing campus, in 1975. The other buildings have largely been redeveloped into apartments in the past decade.

Sherman, with local partner Continuum Architects + Planners, has struggled to get its project off the ground.

Earlier this year it listed the buildings for sale. Now the firm is pursuing a different tactic: suing the former owners for failing to clean up arsenic, mercury, lead and other contaminants and pursuing financial compensation to cover those costs.

Named in the suit are PPG, the property’s most recent owner MD Fifth Ward Properties and past owners Hydrite Chemical Co. and Lumimove Inc. (formerly known as WPC Technologies). PPG used its campus for research and production of paint.

The U.S. District Court filing says Sherman has already been in touch with the city, state Department of Natural Resources and federal Environmental Protection Agency on the best plan to remediate the site. Such consultations are standard for adaptive reuse projects. The city has developed a federally-funded revolving loan cleanup program to support brownfield cleanup efforts. The DNR also has a grant program.

But remediation costs vary by project, and a number of buildings, particularly tanneries, have been demolished in large part because of high cleanup costs. The lawsuit alleges the same thing could happen with Sherman’s buildings.

Get a daily rundown of the top stories on Urban Milwaukee
Potential legal challenges with the cleanup of another Walker’s Point industrial site, the Solvay Coke property, resulted in We Energies buying the property to control the costs and process and then selling the site to Komatsu, which is now developing its 60-acre South Harbor Campus there.  A predecessor to We Energies was the responsible party for much of the contamination.

The most recent former PPG building to be redeveloped is the Maxwell Lofts apartment building at 214 E. Florida St. That project was completed in the past year with Minnesota-based Roers Companies partnering with Continuum, the Milwaukee-based architecture firm. Once located just a block west, Continuum secured a federal historic designation for the entire PPG campus allowing historic preservation tax credits to be used to support the building’s redevelopment.

“One can trace the evolution of architecture, engineering, and industry through these eight buildings as the construction varies from representing the load-bearing masonry framed lofts of the late 1890s that display a classic three part division of the Chicago Commercial style; to the concrete skeletal-framed building adorned with inverted chevron motifs; to the modern, International style reinforced concrete structure, featuring continuous ribbon windows. The collection of buildings represents the golden age of manufacturing in Milwaukee through the various industrial architectural styles,” reads the firm’s 2014 filing.

Other former PPG buildings clustered along E. Pittsburgh Ave. have been redeveloped by David Winograd and Lighthouse Development. 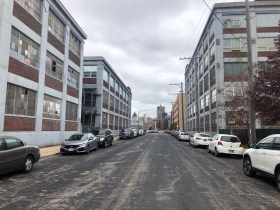 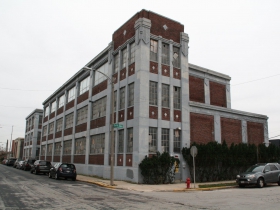 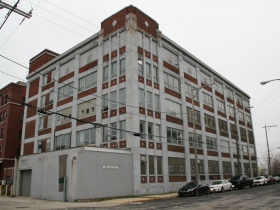 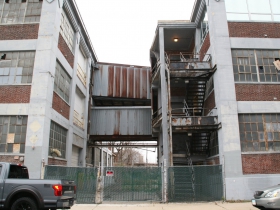 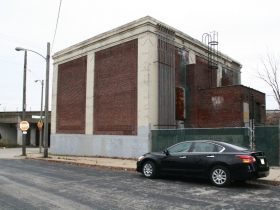 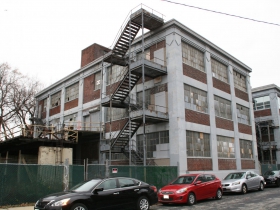 A suburban Chicago real estate firm purchased three apartment buildings near UW-Milwaukee earlier this month. It’s the first investment in The Fairchild Group‘s $42 million plan to acquire and rehabilitate 25 buildings near the university.

Each of the buildings is at least 100 years old. Units are to be overhauled as leases expire with a focus on updating kitchens and bathrooms.

According to a report on its website, Fairchild plans to spend $35 million to acquire 25 buildings with 200 total units by 2025. It would then spend $7 million on rehabilitation and hopes to have a final value of $60 million for the complex of buildings.

The company reports being further along in pursuing a similar model in Chicago’s Edgewater neighborhood near Loyola University. 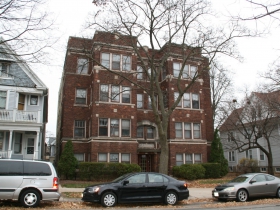 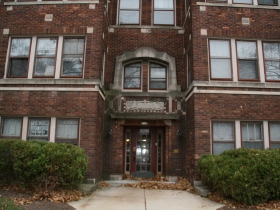 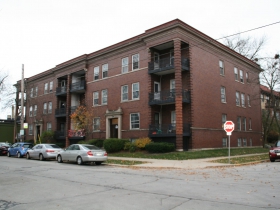 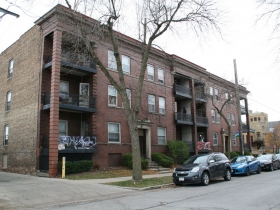 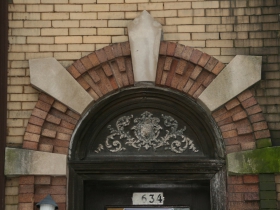 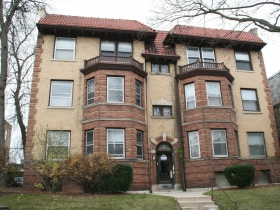 The redevelopment of the Milwaukee Athletic Club, 758 N. Broadway, has hit its share of bumps in the road. But now it’s “all systems go,” according to the development team.

The $61 million final product will open in Fall 2021 with a new state-of-the-art private club and 54 high-end apartments in the historic 12-story building.

Inside the Milwaukee Athletic Club As It Awaits Redevelopment

For over 100 years the 12-story building at 758 N. Broadway has been a busy place. Business leaders have long popped in and out all day at the Milwaukee Athletic Club, whether to sneak in a workout, to make a deal over a game of racquetball or to take in a meal.

But since early 2019 it’s been a ghost town, save for a few construction workers with sledgehammers and pry bars. We went inside Friday to take a look at what the future will hold.

From tired to wired. Wangard Partners is transforming a former Walker’s Point warehouse at 507 S. 2nd St into the Eagleknit Innovation Hub.

The name is a nod to the building’s longtime tenant Eagle Knitting Mills. Wangard plans to repurpose the building into a mix of tech incubator space and low-cost office space. “The Eagleknit Innovation Hub will offer game-changing career opportunities for the underserved inner-city minorities of Milwaukee County,” says the Wangard website.

Built in 1928, the building contains 107,000 square feet of space according to city records. That will soon increase as a four-story, 30,000-square-foot addition is being constructed on the building’s south side. The framing for the addition is well underway.

One of Milwaukee’s leading architecture firms will relocate to a new office tower it designed.

“What’s this about?” asked Alderman Robert Bauman after reading the file name, and all of the addresses, into the record.

It’s one of the first pieces of a multi-million dollar plan to build a 40-million gallon stormwater retention system and prevent sewer overflows onto surrounding streets. The area surrounding the city’s Century City Business Park has suffered repeated flooding in the past 12 years. A 2010 storm caused $32 million in damage.

Husch Blackwell has relocated to new offices atop the Huron Building. The law firm and its 153 Milwaukee-based employees occupy 76,811 square feet of space on the 11-story building’s top three floors.

Developer Joshua Jeffers showed off much of the new building in early October, but the building’s anchor tenant wasn’t ready. Now the firm is showing off its new space at 511 N. Broadway.

When the firm it announced in 2018 it would relocate to the new building from its offices at Cathedral Place, it praised the ground-up design and its focus on “me” and “we” spaces. The final results bear that out with an aesthetic based on metal, wood and water.

A first-time Summerfest stage sponsor will join the lineup for the 2021 festival, in whatever form it takes.

Generac Power Stage will replace the Harley-Davidson Roadhouse. The latter company announced last week it was ending its relationship with Summerfest after 23 years as part of a change in direction.

The stage will receive new video screens, new lighting and enhanced performance production capabilities. Improvements will also be made to the accessible seating area. The work is scheduled for completion in time for the 2021 festival season.

A proposal to develop what could be the largest private affordable housing development in Milwaukee’s history drew the support of the City Plan Commission, Department of City Development and area Alderwoman Marina Dimitrijevic on Monday afternoon.

The commission unanimously recommended approval of a change in zoning for the former Filer & Stowell complex at 147 E. Becher St. The proposal still requires a public hearing before the Common Council.

Bear Development plans to create approximately 300 apartments from the century-old manufacturing buildings on the 10-acre site. Approximately two-thirds would be set aside at below-market rates.