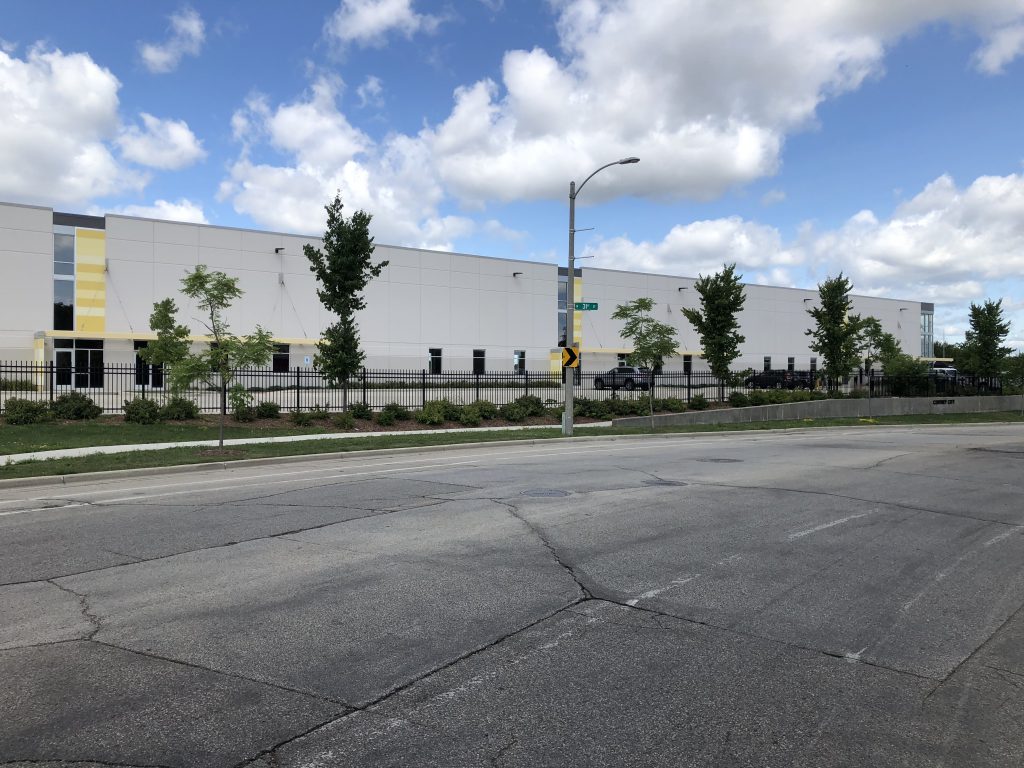 “What’s this about?” asked Alderman Robert Bauman after reading the file name, and all of the addresses, into the record.

It’s one of the first pieces of a multi-million dollar plan to build a 40-million gallon stormwater retention system and prevent sewer overflows onto surrounding streets. The area surrounding the city’s Century City Business Park has suffered repeated flooding in the past 12 years. A 2010 storm caused $32 million in damage.

The easements, to be granted to the Milwaukee Metropolitan Sewerage District (MMSD), are needed for the installation of an 84-inch-wide pipe said Redevelopment Authority of the City of Milwaukee senior environmental project manager Tory Kress. A mix of temporary and permanent requests, the easements will allow for the construction of the sewer line and two underground stormwater structures.

“There will be no noticeable changes above ground when the project is complete,” said Kress. The line will run from N. 27th St. northwest to W. Hope Ave.

Known as the NS12 project (the letters representing the sewer’s location in the system), the project is intended to address two issues.

“When the Deep Tunnel is available sometimes we can’t get sufficient flow to [it] from this area,” said MMSD project manager Keith Kalinger. The Deep Tunnel is a 28-mile-long underground system capable of storing up to 521 million gallons of water until there is room in the MMSD system to treat it.

“Conversely, when the Deep Tunnel is not available, this will allow us to get flow to Lincoln Creek and not result in surface discharges that have happened in this area as well,” said Kalinger. Heavy rain events can fill the Deep Tunnel to capacity, resulting in overflows. Occurring approximately twice per year, the partially treated water is discharged to Lake Michigan or nearby waterways. But in the area near Century City it sometimes doesn’t make it that far, causing havoc for nearby residents and businesses as overflows emerge on city streets.

Kalinger said the sewerage district is undergoing final design on the project. Construction, according to a city report, is scheduled to begin in spring 2021.

The committee unanimously endorsed the easements.

The project is one of 45 in the area being coordinated as part of the recently-approved Connecting the Corridor Plan. The plan establishes a broader vision for the area as well as a sequenced roadmap for how to get there without having to worry about the Department of Public Works repaving a street just before it would be ripped up for another project.

MMSD, in partnership with the city and Northwest Side Community Development Corporation, is planning a series of connected stormwater management projects. A second underground sewer project is planned for 2022 along a stretch of W. Roosevelt Dr. The biggest project is slated for vacant land along N. 35th St.; the MMSD West Basin plan would retain up to 31 million gallons of stormwater. A pipe under W. Capitol Dr. would add a city-owned, 1.4-acre property on N. 31st St. to the system. Green Tech Station, just north of the 31st Street property, is already nearing completion and serves a dual role as environmental education space and stormwater retention system.

The Price of an Easement

A document attached to the council file indicates the city would be paid $7,800 for granting the easements to MMSD.

Another easement approved during the meeting carries a $3,000 price tag.

It grants We Energies access to construct electrical infrastructure on the city-owned Grand Trunk site at 1800 S. Marina Dr. to support a new lease to Michels Corp. Bauman, in 2019, halted a similar easement for the utility because he said the $1,000 price was too low. He made sure to ask on Wednesday how much the city was getting paid before the committee unanimously endorsed the easement.

UPDATE: An earlier version of this article said the MMSD easements had a cost of $200. That is the cost of one of the easements.